Nortje ruled out of World Cup 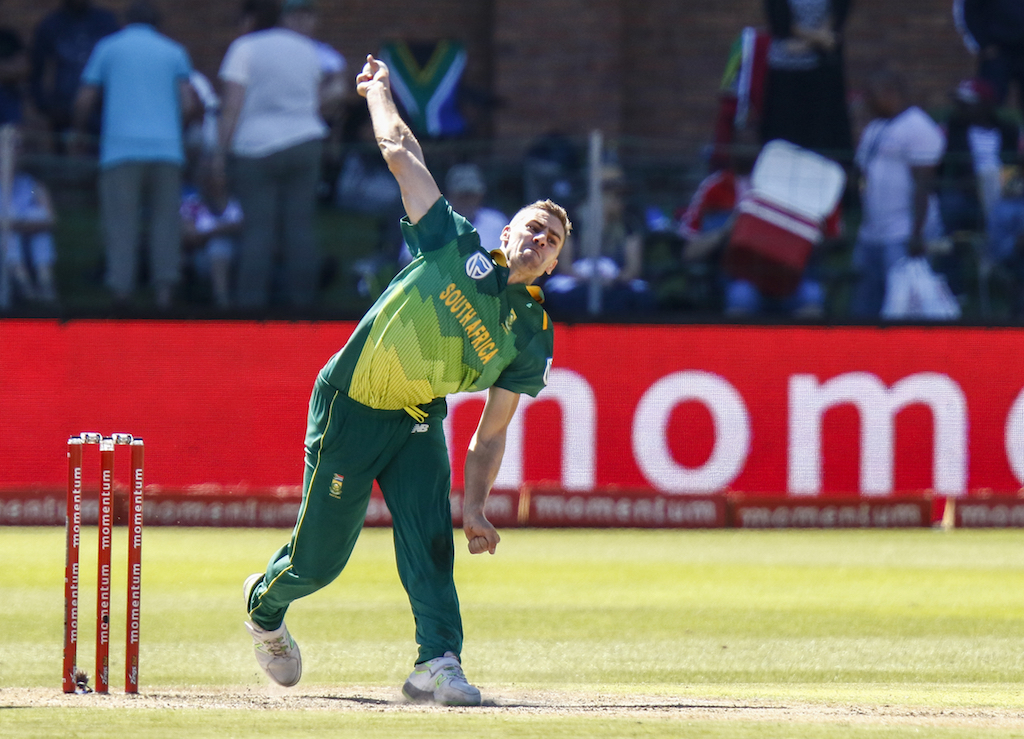 File: Anrich Nortje suffered his latest injury while practising in the nets on Monday.

Nortje will be replaced by fast bowling all-rounder Chris Morris, who has not played in a one-day international since February 2018.

Key fast bowler Kagiso Rabada is another concern for South Africa. Team manager and doctor Mohammed Moosajee said Rabada would need two or three weeks to recover from a back strain which cut short his participation in the Indian Premier League.

This could put Rabada in doubt for South Africa’s first World Cup match, against hosts England at The Oval on May 30. South Africa play three games in the first week of the tournament, with matches against Afghanistan and India following the England clash.

There were injury concerns about all four of South Africa’s originally-selected fast bowlers ahead of the tournament, with Rabada and Dale Steyn (shoulder) returning early from the IPL, while Nortje and Lungi Ngidi missed the Indian showpiece because of shoulder and side injuries respectively.

READ: Rabada out of IPL over 'back niggle'

Moosajee said Rabada and Steyn were being assessed as they underwent rehabilitation.

Ngidi, though, has been building up to full pace in the nets.

The South African squad will assemble in Cape Town on Sunday.

Nortje suffered his latest injury while practising in the nets in his home town, Port Elizabeth, on Monday.

"He immediately consulted a hand surgeon and underwent surgery to stabilise the joint and will unfortunately be sidelined for up to eight weeks," said Moosajee.

Selection convener Linda Zondi said Morris had always been in South Africa’s plans despite only playing in Twenty20 games at international level in the past year.

"Chris is our next best option with the ball," said Zondi. "He has the pace and death-bowling skills and also gives us depth as a deadly finisher with the bat. We have had concerns around his injuries and workload capabilities but this is an opportunity for him to make a mark on the biggest stage."