Of Bombs and Brits, countdown to EFC 49 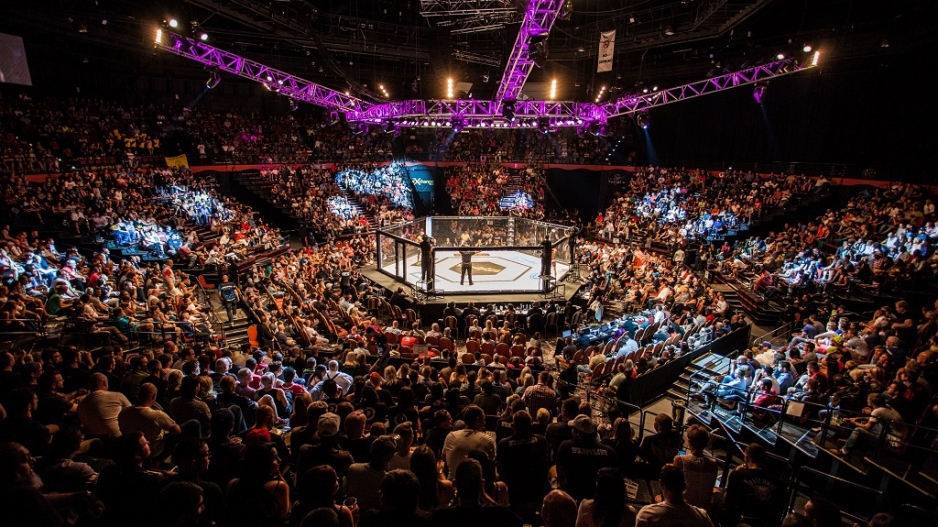 The Extreme Fighting Championship returns to Carnival City in Johannesburg

JOHANNESBURG - Fast on the heels of last month’s storm of savagery in Cape Town, the Extreme Fighting Championship returns to Johannesburg for what promises to be a great evening of combat, particularly a main card that contains several slobberknockers of note.

You can’t beat a piece of genuine beef between two veterans, it’s a bit like a slow-aged steak; tasty and authentic. Their smack-talk of late underlines a genuine mutual dislike for each other that emanates from Hawkeys first-round submission victory over the Joburger at EFC33 that Katz took rather badly. Whilst Hawkey dismisses any notion of comparatives in the fact that he lost recently to Mnikathi who in turn lost to Katz, it has to be said that Durandt’s Sanshou striker is looking particularly lethal of late and looks far less likely to DHL his neck to Hawkeys guillotine this time around. Both fighters are promising to stand and trade which is a great spectacle with which to kick-off the main card. I gave my thoughts along with the athletes to the EFC Countdown show here.

This ones flying under the radar a little but has some cracking facets for the die-hards. Its contains one of the reasons we love this sport so much; to witness how the outstanding wrestling of Buys will grapple with Hassan’s equally top-drawer jits game. Let not forget that before his ankle origami at the end of the first round against Buys’s team-mate Pena, the Durbanite was more than holding his own against the champ at the same venue almost three years ago. This is an opportunity for the GBH stand-out to prove that he’s no-one’s stepping stone and to establish some consistency to a record that resembles a bag of liquorice all-sorts. As for JP, a great lad with a stunning work ethic, he’s still waiting for an exclamation mark of arrival in the EFC and hopes that a swift despatch of a highly-experienced veteran like Hassan will put the entire Bantam division on notice. The FFM lad is moving up from Flyweight and is spared the 57kg cut but is facing a far heftier chap. Cardio versus strength, wrestling versus BJJ, hunger versus experience. This ones gonna be a scrap.

My Fight of the Night pick because neither athlete has a reverse gear. The only thing that will stop Gorimbo is a counter rotation of the earth, the man has been through so much in life that another bloke throwing a bit of leather at his head is akin to an irritating mozzie crashing his braai. He last fought in a title bout against Mynhardt whom he planted on his posterior with an overhand right answering the bell in the second, but then rushed the takedown and offered-up the submission for his first professional loss. One mistake in one millisecond is all it takes which is not something to repeat when facing Cummins. An outstanding boxer with a ground-game that is reportedly superb but as yet unexhibited in the EFC, his last outing against Bruno Mukulu was a languid UD as a result of several broken ribs and a crocked neck. These are both warriors who are able to win through a great deal of pain and injury so I highly recommend not to avert your gaze for one second because I have the suspicion that both these athletes will struggle to put each other away. This bout just might be one for the ages.

Another fascinating fight. Reports from his training camp are suggesting that this is the best Andrew van Zyl yet, he is apparently in great shape and recently returned from Conor McGregors SBG base in Dublin under the watchful eye of head coach John Kavanagh. Sounds like One Gear just got a new split diff. Kowalkowski however is a bit of a conundrum resembling the Baltic cranes of Gdynia where he was born. At 2.1 metres in height he has a 7cm reach advantage with which to jab anyones face into the next postcode, if Van Zyl is able to get past that guard and sweep to mat, he needs to control four lanky limbs to work his groundgame. Not easy. But I must say that I wasn’t impressed with Tomasz’s loss to Brendon Groenewald his last time on these shores, once in the Capetonians full guard he slipped his arm out of the triangle only to inexplicably put it back in again. Van Zyl would lurve a gift-wrapped prezzie like that. Furthermore, we really haven’t seen the Pole-Pole exchange a great deal in the stand-up which would also be interesting pitted against the granite chin and swinging meathooks of the Parktown Boys High hero. Not going the distance this one. The Countdown show is here:

A tale of two survivors meeting the in the centre with Liam Cleland’s vacated middleweight strap up for grabs. Kruger’s only loss came against a rampaging Garreth McLellan before Vegas came calling for the Soldierboy. Apart from that one loss, his resum of victories includes a who’s-who of EFC stalwarts, including aforementioned Cleland. But an horrific car accident put the skids on his career and only outstanding surgical ability and a faith set in stone has allowed us the privilege of seeing JP re-enter the Hexagon. Two years is a quite a long layoff considering the challenge facing him. Bahati is a monstrous middleweight who has knockout power and an awesome top game. In fact, just ask Leon Edwards fresh from his domination over Dominick Waters at least weeks UFC Rotterdam event about Bahati’s matitude, he should know, Bahati’s his BJJ coach. A very focused and insular individual, the Brummie lad has a driving force that is more than an apposite match for Krugers and the ensuing explosion is bound to drop jaws at the fitting end of a great card. Again I gave my thoughts to the EFC:

EFC 49 takes place on the 13th May 2016 at Carnival City in Johannesburg. The Prelims start at 16.45 and the main card at 20.00. The latter is available live streaming on Kwes Sports and delayed live on eTV at 22.25 CAT. Tickets are available at Computicket. Cheers for now.