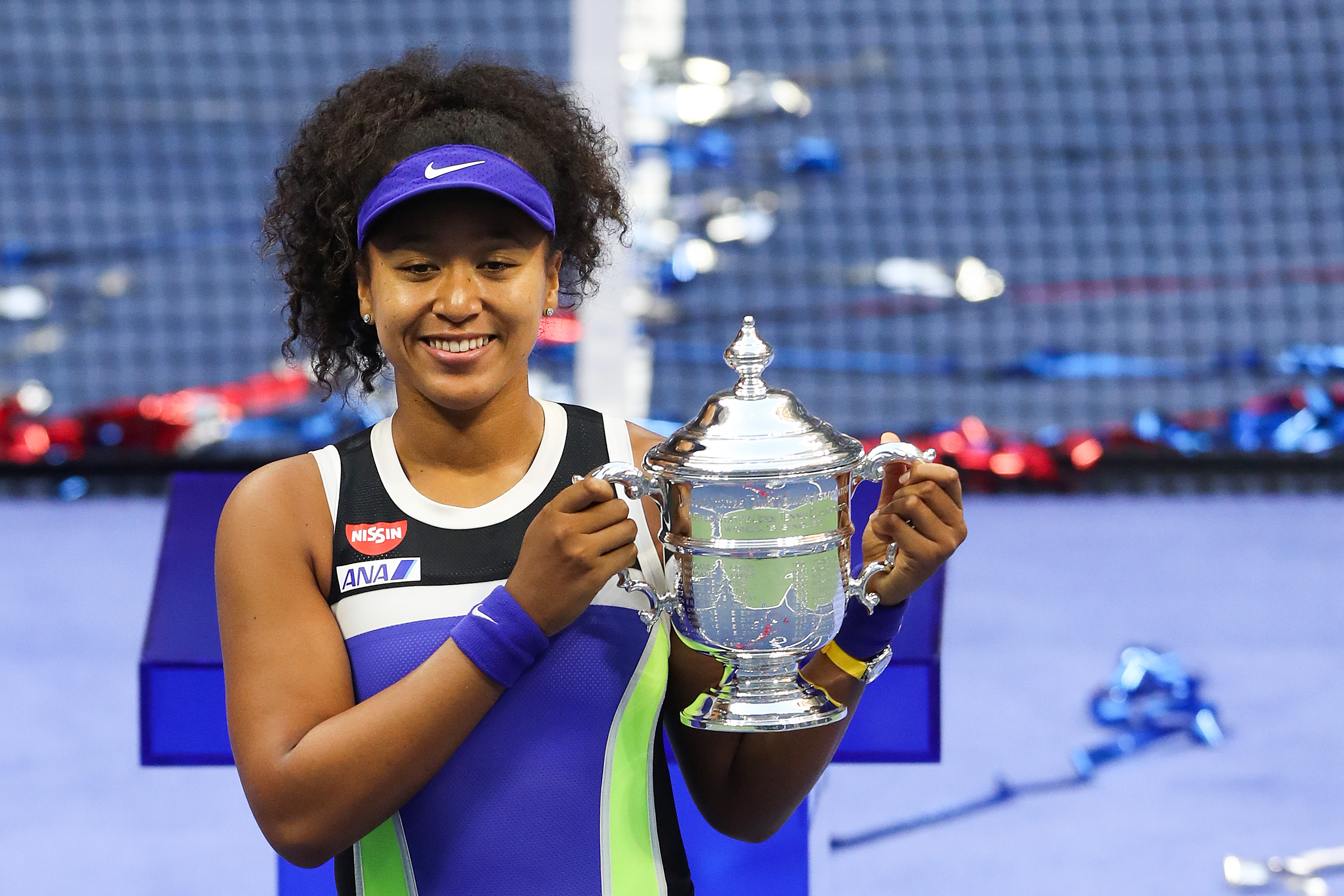 File: Naomi Osaka of Japan celebrates with the trophy after winning her Women's Singles final match against Victoria Azarenka of Belarus on Day Thirteen of the 2020 US Open at the USTA Billie Jean King National Tennis Center on September 12, 2020 in the Queens borough of New York City.

TOKYO - Naomi Osaka's victory in the US Open was hailed Sunday by media and officials in Japan who broadly welcomed her campaigning for victims of racial injustice and against police brutality.

Public broadcaster NHK broke into its regular news programme to flash the news of the 22-year-old's latest Grand Slam triumph, after she beat Victoria Azarenka 1-6, 6-3, 6-3 to add to winning the 2018 US Open and the 2019 Australian Open.

"Osaka achieved the feat of winning a record third title in the Grand Slam singles as an Asian player," said the daily Nikkan Sports.

Japan's men's tennis number one Kei Nishikori, who withdrew from the US Open after a positive coronavirus test, congratulated his fellow player on her triumph -- tweeting a string of emoticons of likes, muscles and Japanese flags.

Media and supporters also backed 22-year-old Osaka's protest against racism on and off the court.

"The victory embodied the feeling of bereaved families who hope to prevent a repeat of tragedies and change society," the Mainichi Shimbun daily said.

Osaka walked onto the court before the final wearing a mask bearing the name of Tamir Rice, a 12-year-old African-American boy who was shot dead by a white police officer in Cleveland, Ohio in 2014.

Osaka, of Japanese and Haitian heritage, wore different masks for each of her seven matches in the tournament, honouring victims of racial injustice and police brutality.

"She is brave. I'm proud of her," Osaka's 75-year-old grandfather, Tetsuo Osaka, told reporters of her stand.

Fumio Kishida, one of three candidates to succeed outgoing Prime Minister Shinzo Abe, tweeted: "I respect her as she fought it out and showed the best result, bringing up the importance of diversity to the world. I'm greatly encouraged."

But the Mainichi daily reported mixed reactions from some sponsors in Japan.

"I don't think she needed to do that while she's fighting her way to the top. If possible, we'd like her to attract more attention with her tennis skills," said a source linked to a Japanese corporate sponsor of Osaka's, according to the daily.