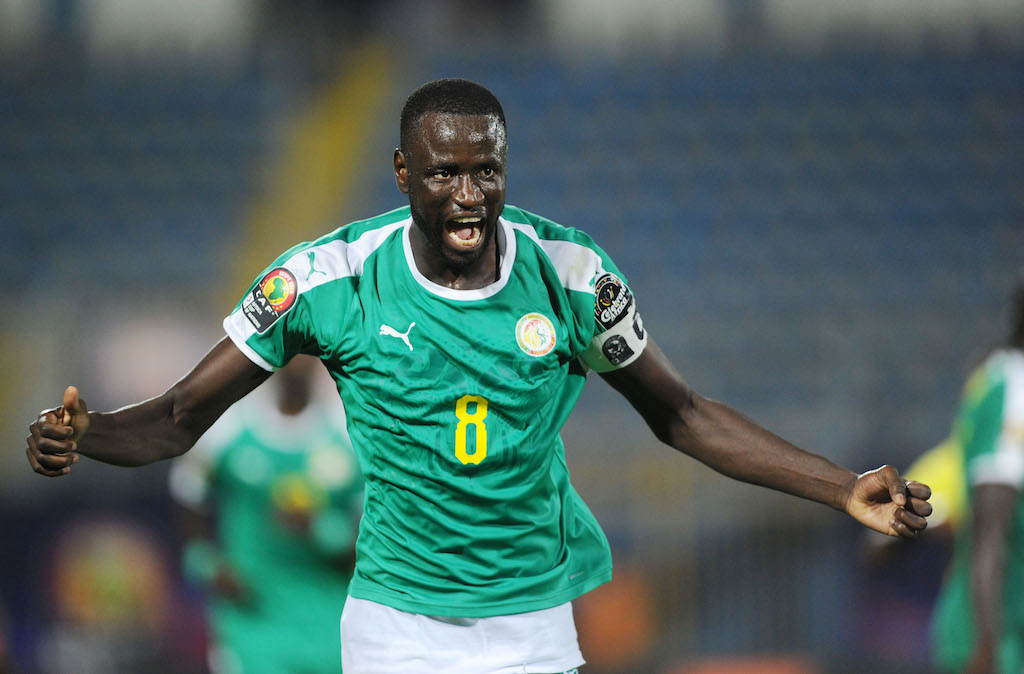 Cheikhou Kouyate of Senegal runs to celebrate after his team takes the lead in extra time during the Africa Cup of Nations 2019 Finals semifinal game between Senegal and Tunisia at 30 June Stadium in Cairo, Egypt on 14 July 2019

CAIRO - A bizarre own goal in extra time handed Senegal a 1-0 victory over Tunisia in the drama-filled first of Sunday’s Africa Cup of Nations semi-finals, with a place against either Algeria or Nigeria in Friday’s final.

A horrific mistake by goalkeeper Moez Hassen in the 100th minute saw the ball bounce off the head of defender Dylan Bronn and into the net for the only goal of a game in which both teams had second-half penalties saved.

Hassen came flying off his goal-line to try to cut off a freekick from the right flank but completely missed the ball which then hit the unfortunate Bronn on the head.

Senegal, who were runners-up 17 years ago, are seeking their first Cup of Nations title.

The second semi-final kicks off at 1900 GMT.