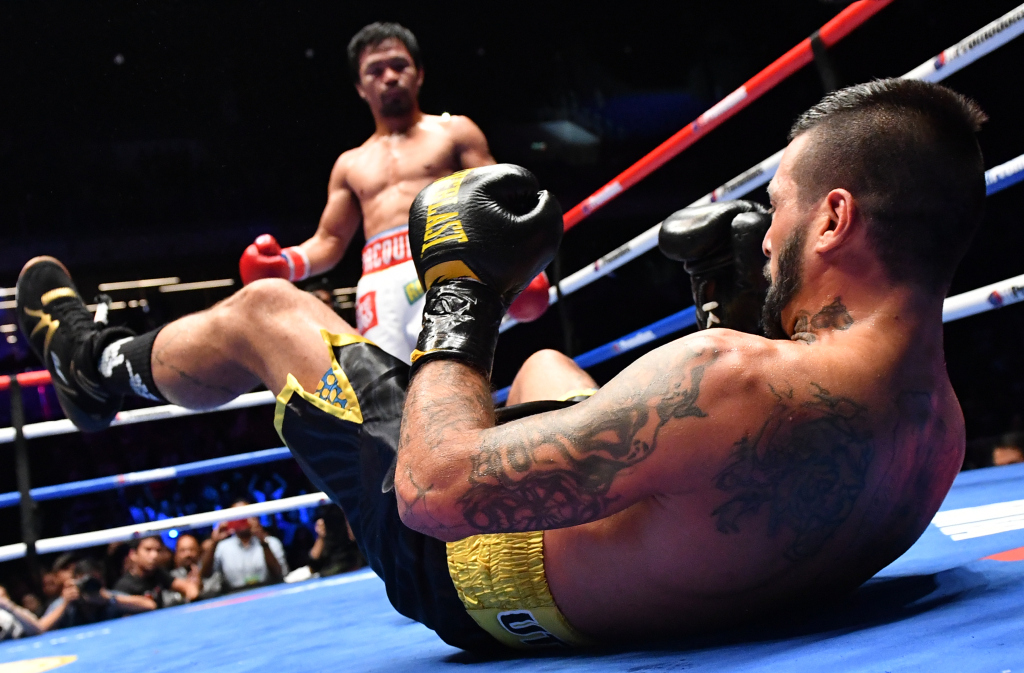 Argentina's Lucas Matthysse reacts after he was knocked down by Philippines' Manny Pacquiao during their world welterweight boxing championship bout at Axiata Arena in Kuala Lumpur on July 15, 2018.

KUALA LUMPUR, Malaysia - Manny Pacquiao rolled back the years as he stopped WBA welterweight champion Lucas Matthysse on Sunday -- the 39-year-old Filipino icon&39;s first win inside the distance since 2009.

It was a dominant, devastating display as Pacquiao registered the 60th win of a fabled 23-year career that now looks certain to extend beyond his 40th birthday in December.

Pacquiao knocked down the big-puncher from Argentina as early as the third round with a stunning left uppercut that thudded around the Axiata Arena in Kuala Lumpur.

The 35-year-old Argentine, who came in with a reputation as a big puncher, had no answer to Pacquiao&39;s blistering speed and he dropped again in the fifth.

When a right-left combination thudded home to send Matthysse crashing down for a third time in the seventh round referee Kenny Bayless stepped in to save him from further punishment.

"It was a long time ago since I&39;ve done that. I came out smoking hot.

A TKO victory in his return to the ring.

"We did a good job in training. We were not pushing hard -- we controlled our pace and ourselves.

"I&39;m no longer young so thanks to my trainer and all my team members."