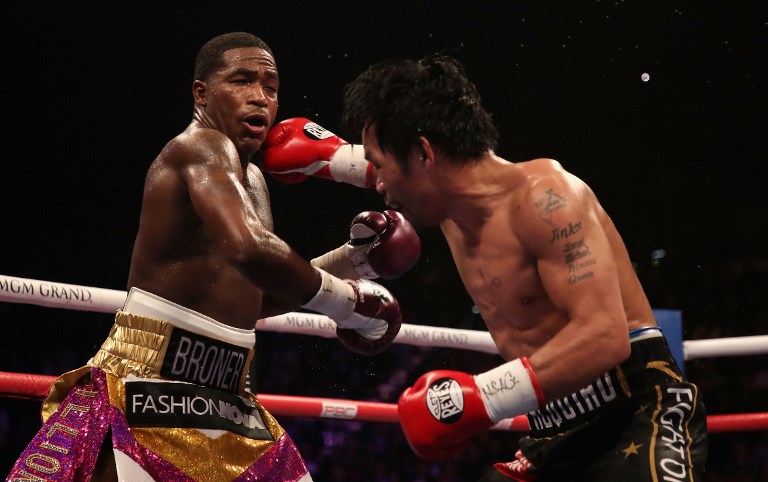 Pacquiao was set to fly home to the Philippines on Monday for an exam by an eye specialist, according to the newspaper, which cited two unnamed sources from Pacquiao's camp with different takes on the injury.

The 40-year-old fighter told friends after the fight he had lost some vision in his left eye, according to the report.

Pacquiao, the first eight-division champion in boxing history, also was told by Los Angeles police that his home had been burglarized while he was in Las Vegas for the Broner fight, which he won by unanimous decision to keep his World Boxing Association regular welterweight title, a lesser throne to that of unbeaten American "super champion" Keith Thurman.

One camp source told the News that the fear among the Filipino icon's insiders is that he suffered a detached retina, which could end Pacquiao's career and scuttle talk of a rematch with Floyd Mayweather.

Another source from Pacquiao's camp, however, told the News the injury was relatively minor, only a scratched cornea that came from the tape on one of Broner's gloves.

Pacquiao stayed up all night after the Broner fight but complained Sunday morning of pain and a loss of vision in his left eye, according to the report.

Pacquiao, now 61-7 with two drawn and 39 knockouts, had hoped a victory would set up a rematch with the retired undefeated Mayweather, who beat him by unanimous decision in 2015.