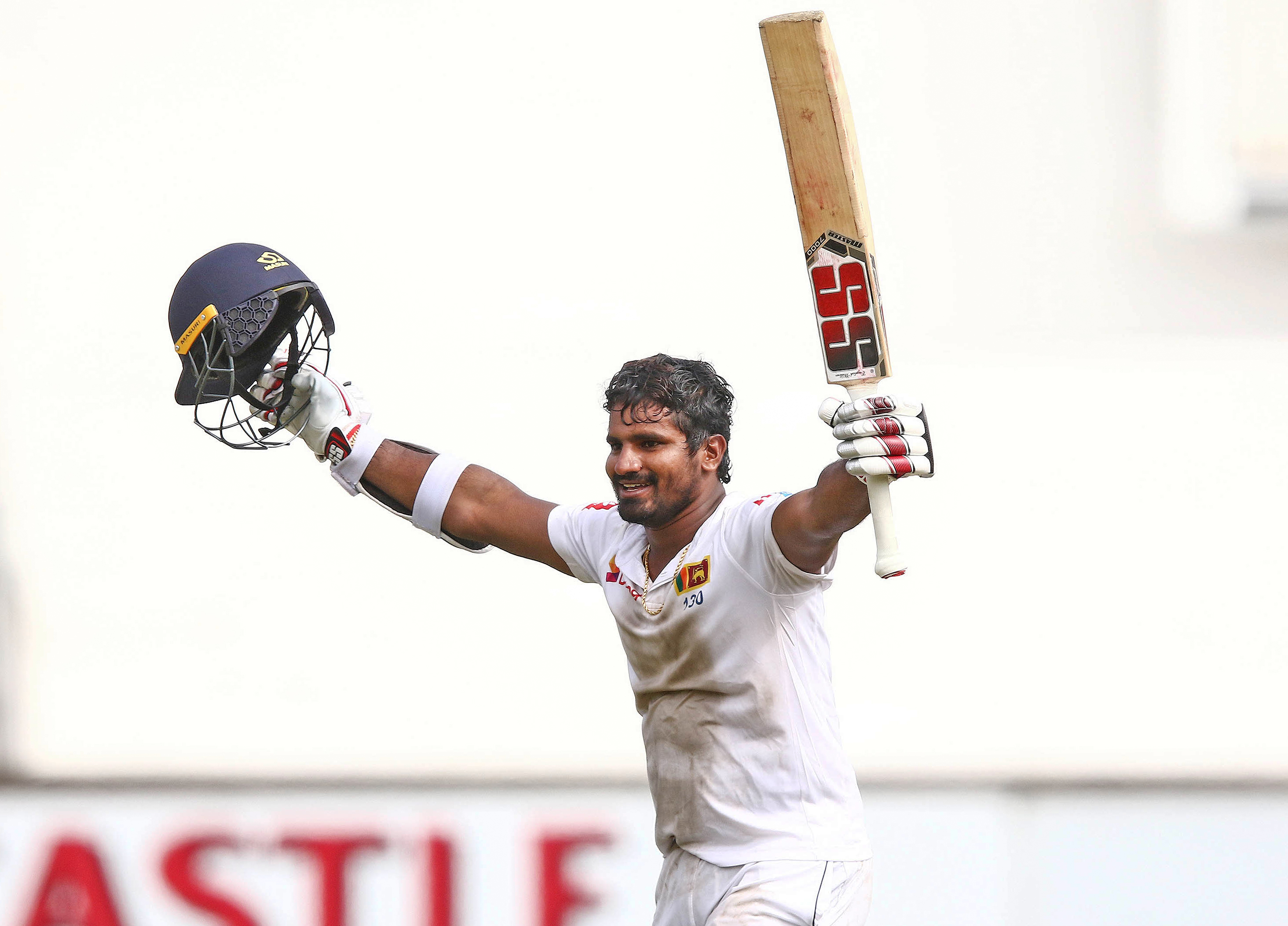 Sri Lanka's Kusal Perera celebrates the victory after hittting the winning runs during the fourth day of the first Cricket Test between South Africa and Sri Lanka at the Kingsmead Stadium in Durban on February 16, 2019.

DURBAN - Kusal Perera took Sri Lanka to a sensational one-wicket win on the fourth day of the first Test against South Africa at Kingsmead on Saturday.

Perera hit a career-best 153 not out as he and Vishwa Fernando put on an unbeaten 78 in a last-wicket partnership that enabled Sri Lanka to secure only their second win in 14 Test matches in South Africa.

Victory seemed unlikely when the ninth wicket fell with the total on 226, with the tourists chasing a target of 304.

But the left-handed Perera successfully farmed the strike, with South African captain Faf du Plessis persisting with defensive fields for the in-form batsman, while Fernando only had to face 27 balls during a 96-ball partnership.

South Africa took the second new ball with the total on 263 but still kept most of their fielders on the boundary for Perera, who hit sixes off both Dale Steyn and Kagiso Rabada before slashing Rabada to third man for the winning boundary.