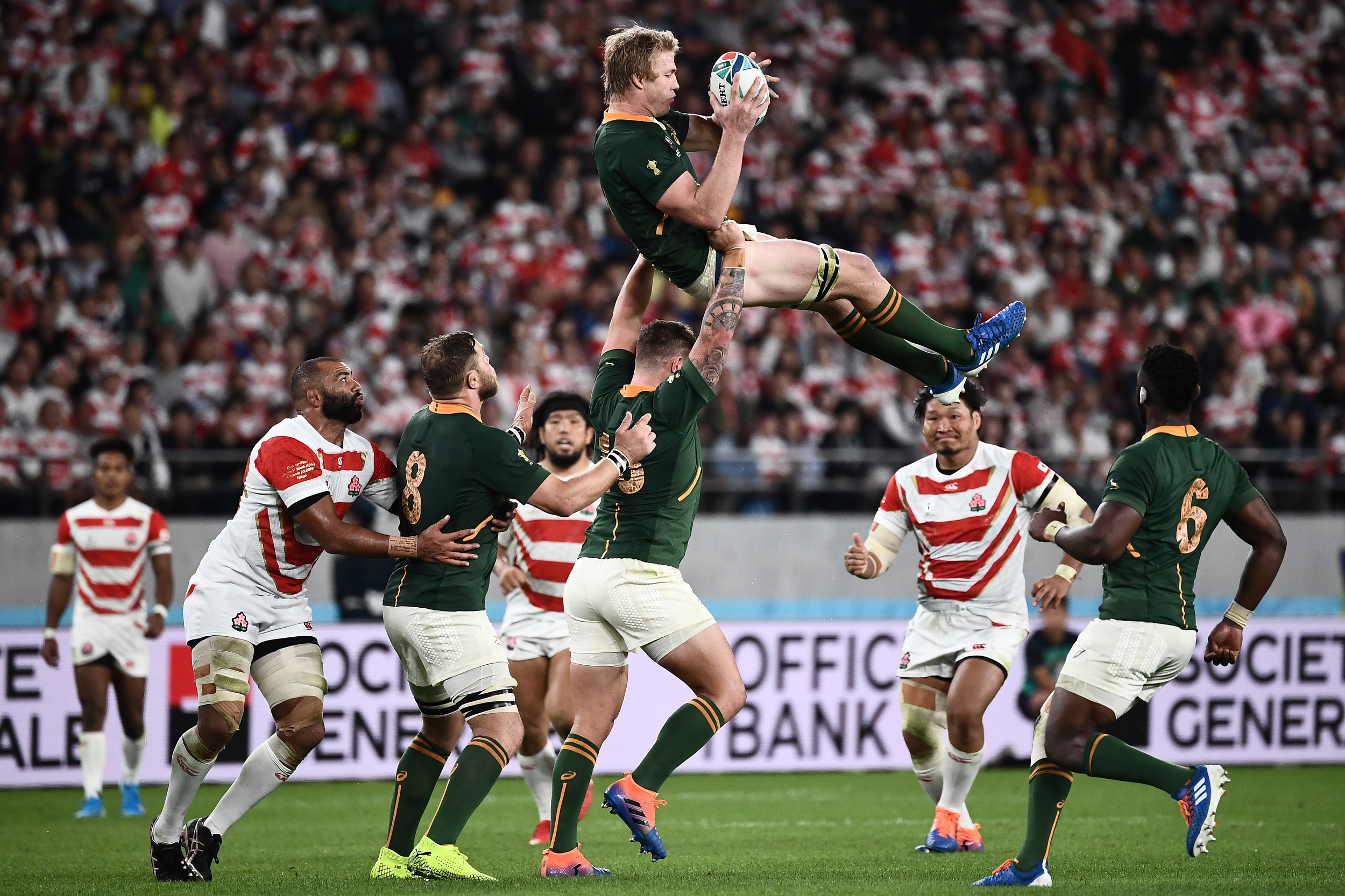 South Africa's flanker Pieter-Steph Du Toit (up) is lifted to catch the ball during the Japan 2019 Rugby World Cup quarter-final match between Japan and South Africa.

TOKYO - South Africa progressed into Sunday's World Cup semi-final against Wales after a 26-3 victory over Japan.

Here are five things we learned from the Springboks' ultimately comprehensive win at Tokyo Stadium. 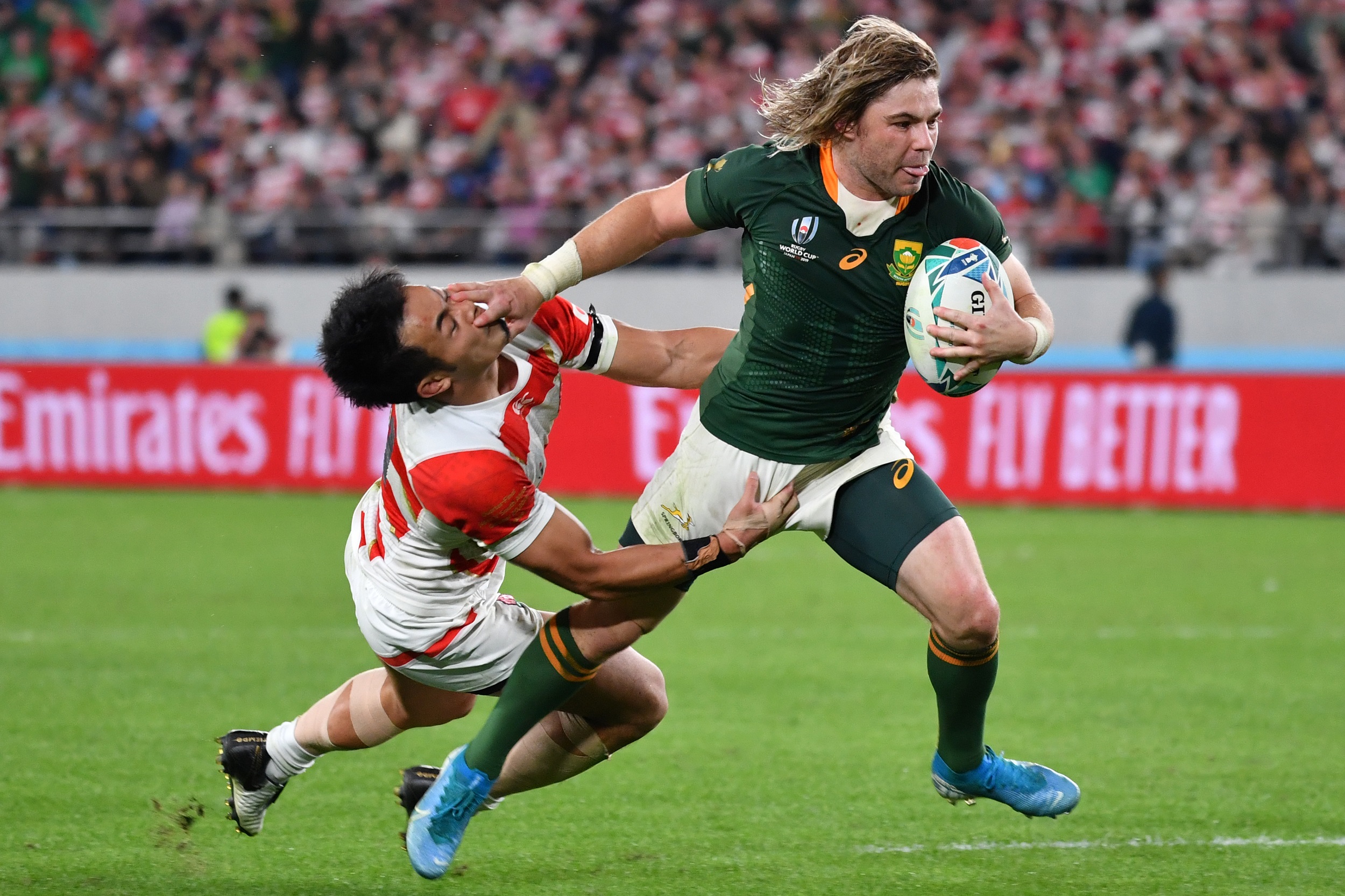 Scrum-half Faf de Klerk was at the heart of everything good for South Africa.

What he lacks in stature he more than makes up for in physical courage, notably in the tackle area.

A livewire around the base of the scrum and in open play, he also made one try assist and scored one of his own, deservedly picking up the man-of-the-match award for a fine individual performance. 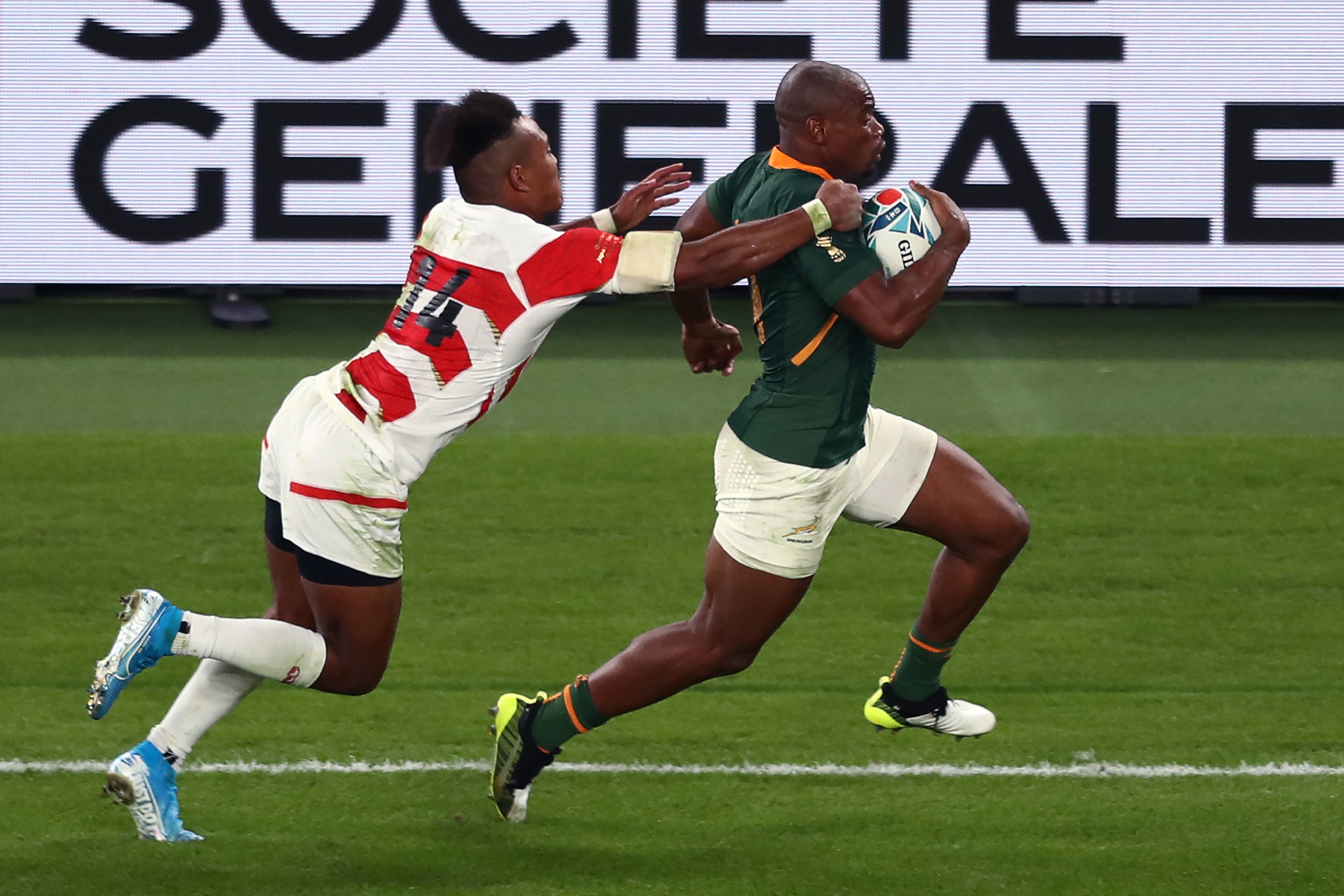 The match had been touted as a duel between South Africa's pocket-rocket Cheslin Kolbe and the Japanese duo of Kotaro Matsushima and Kenki Fukuoka.

But it was the relatively unheralded second Bok winger, Makazole Mapimpi, who shone in Tokyo.

He scored a beauty of an opening try, taking a De Klerk pass from the scrum and easily shrugging off a woeful Yu Tamura tackle and fending off Ryohei Yamanaka to crash in at the corner.

He followed that up by shaking off the feeble defensive attentions of Matsushima for a well-taken second late in the game to settle Springbok nerves. Statistics showed that Mapimpi made more metres going forward than both Matsushima and Fukuoka combined. 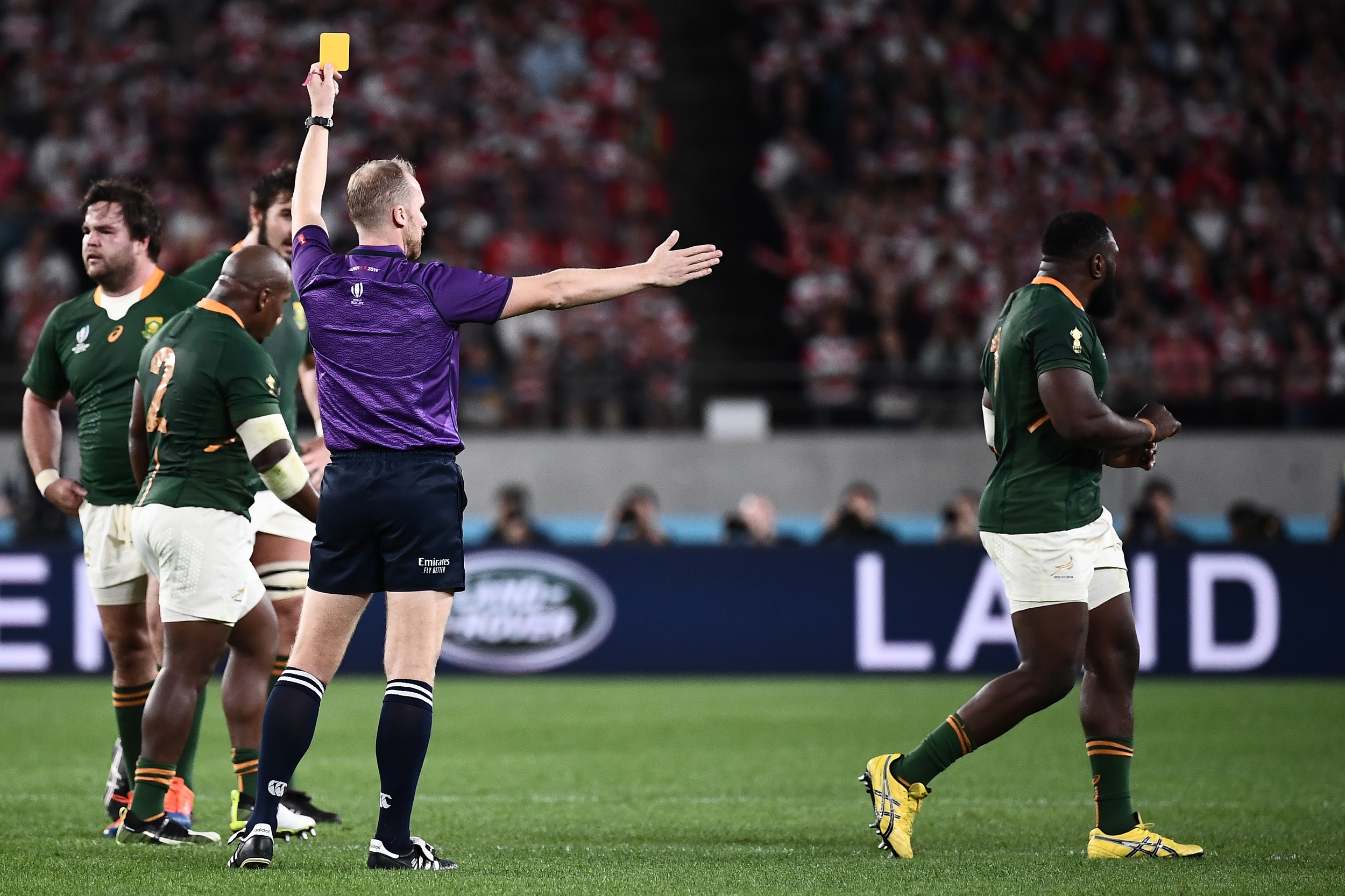 As it was, the Zimbabwe-born front-rower was only shown a yellow card by English referee Wayne Barnes, who didn't even consult the television match official before making his decision.

A red would have been a major turning point in the match. 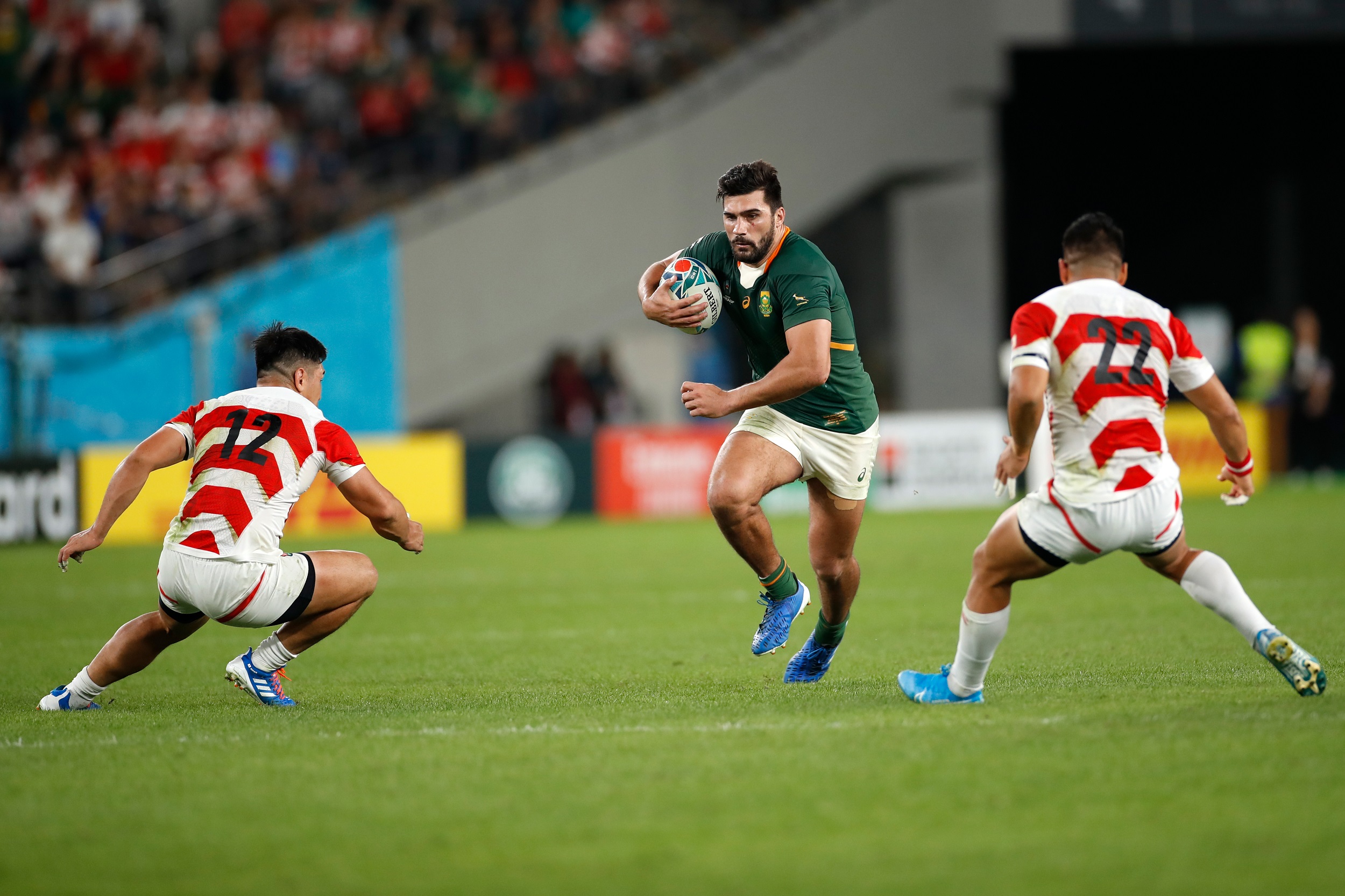 While De Klerk picked up the award for the game's outstanding performer, there was another star turn for the Springboks in the shape of Damian de Allende.

The centre was in barn-storming form, the Boks' go-to ball carrier, with a leading nine takes, and equally aggressive in defence, with 14 tackles.

He was also unlucky to have what would have been a great, scrambling try ruled out, Barnes saying he had been held on the ground as he surged over the line.

- Wales, prepare for the maul - 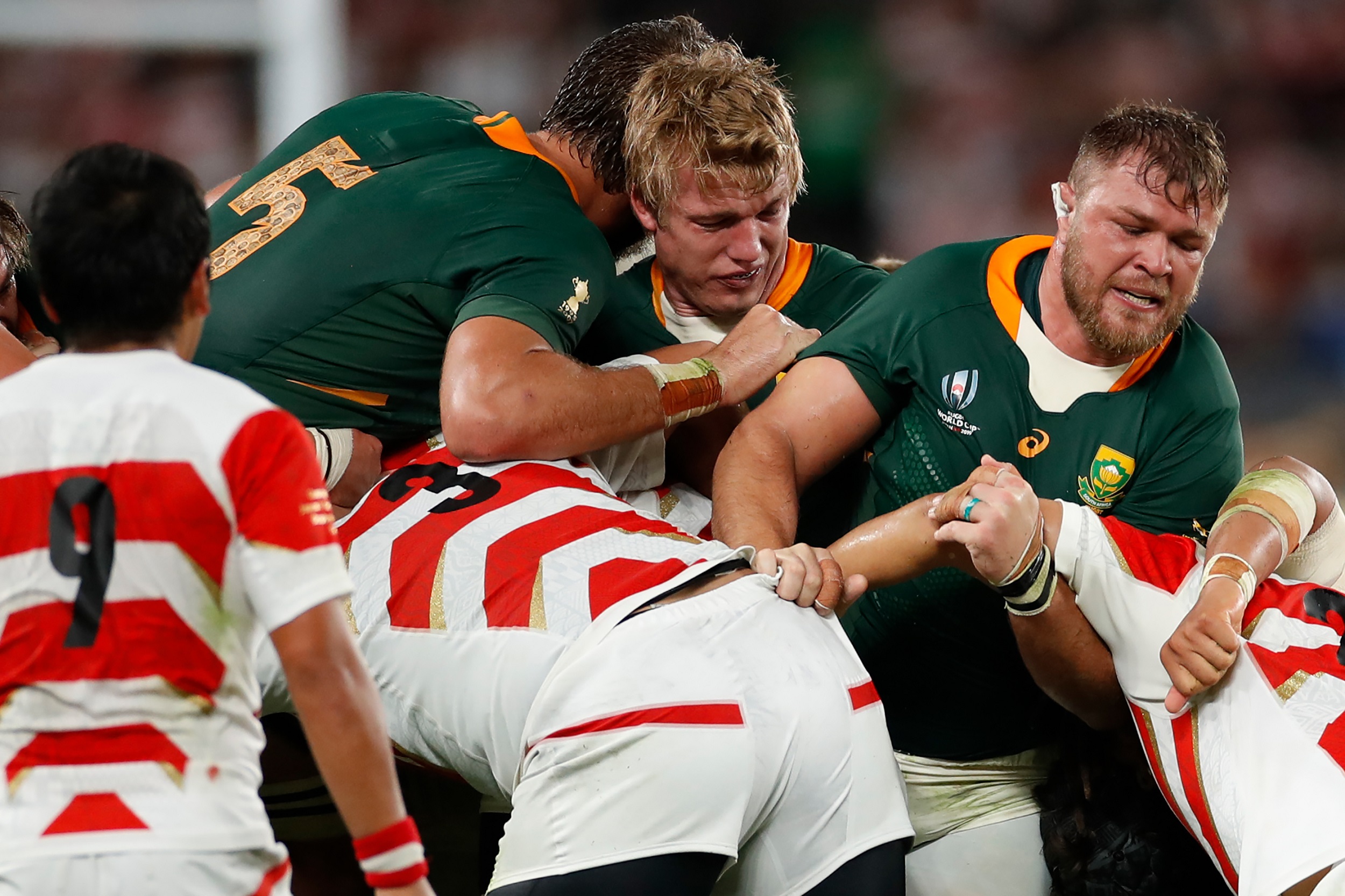 South Africa's blitz defence nullified Japan's plan to make use of their pacy outside backs, but the second period in particular saw them turn the screw at the set-piece, successfully competing for Japanese ball at the line-out and winning a number of scrum penalties.

But where the gnarly forwards, based around the brutish figures of Duane Vermeulen, Eben Etzebeth and Lood de Jager really stood out was in the driving maul.

It has been a proven weapon in the Springbok armoury for many a season and there is no doubt Wales will see more of its seething mass come the semi-final in Yokohama.