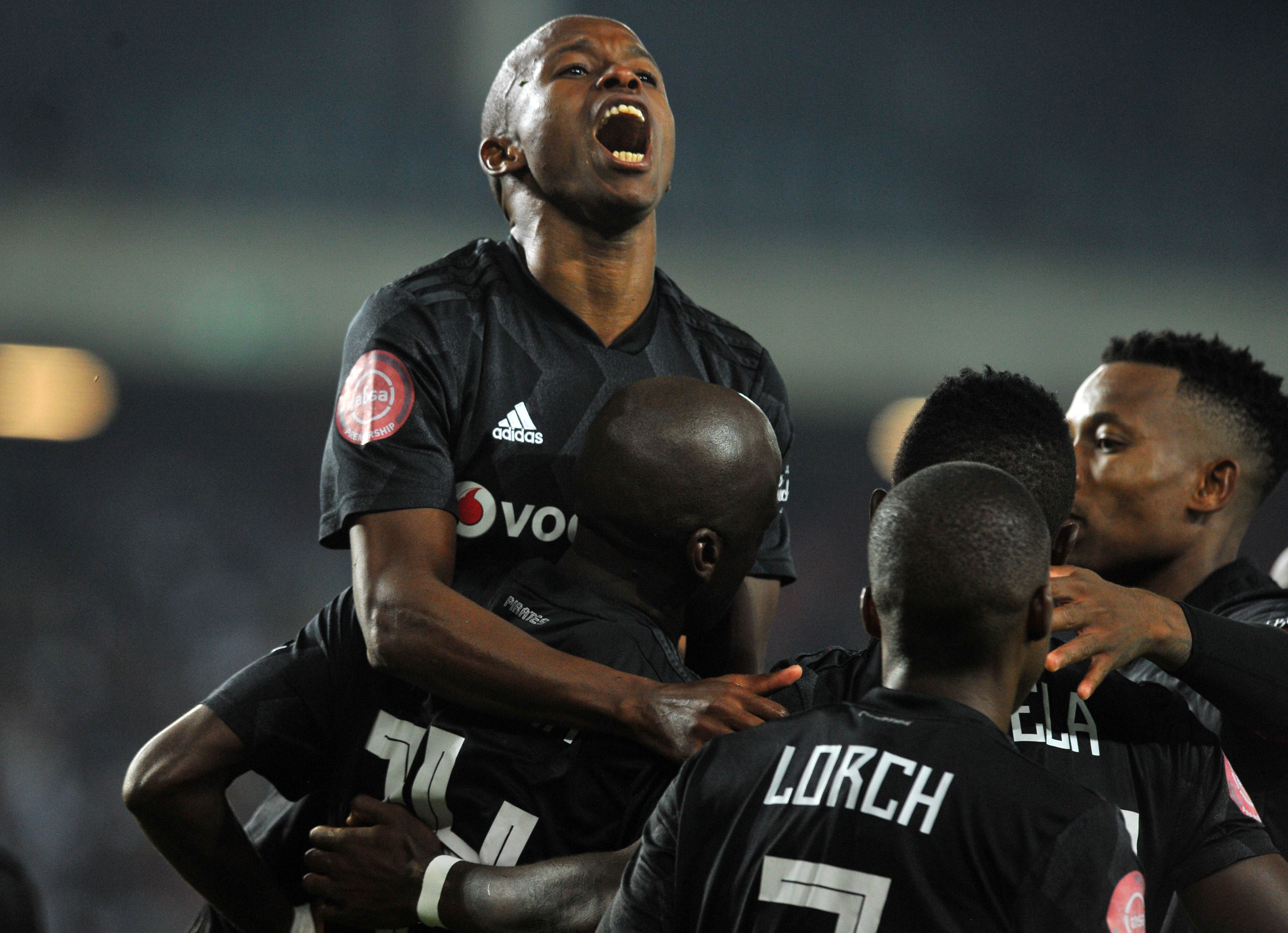 The Soweto Buccaneers, who last won the title in 2012, have 50 points with three matches to play and defending champions Sundowns 44 with six fixtures remaining.

Musa Nyatama converted a penalty and Zambian Justin Shonga scored within seven minutes soon after half-time to put Pirates in control at Orlando Stadium in Soweto.

But second-from-bottom Free State rallied to dominate the closing stages and gangling striker Eleazar Rodgers towered to score on 82 minutes and create a tense finish.

While Free State remain in the relegation zone, below Baroka and Chippa United on goal difference, more performances like that against Pirates should see them dodge the drop.

The team have dedicated the rest of their league campaign to deceased teammate Sinethemba Jantjie, a 30-year-old winger who died in a car accident last week.

"We dominated the first half without making any impact in the final third and decided to push our full-backs forward after half-time," said Pirates coach Milutin Sredojevic.

"I thought we scored a third goal during the second half but must respect the decision of the referee to disallow it.

"Congratulations to my players for winning three league matches within eight days and now we face three 'cup finals' in the championship chase."

Pirates visit bottom-of-the-table Maritzburg United and Cape Town City before hosting fourth-place Polokwane City on May 11 in the final round.

Sundowns, who reached the CAF Champions League semi-finals just before Pirates' match kicked off, have three home and three away matches to play.

Poor away form continues to haunt Maritzburg, who fell 1-0 to mid-table Highlands Park near Johannesburg with Namibian Peter Shalulile notching the 77th-minute winner.

Polokwane stretched an unbeaten league run to eight matches by forcing a 0-0 draw away to SuperSport near Pretoria.