Pirates top the log as they draw with AmaZulu 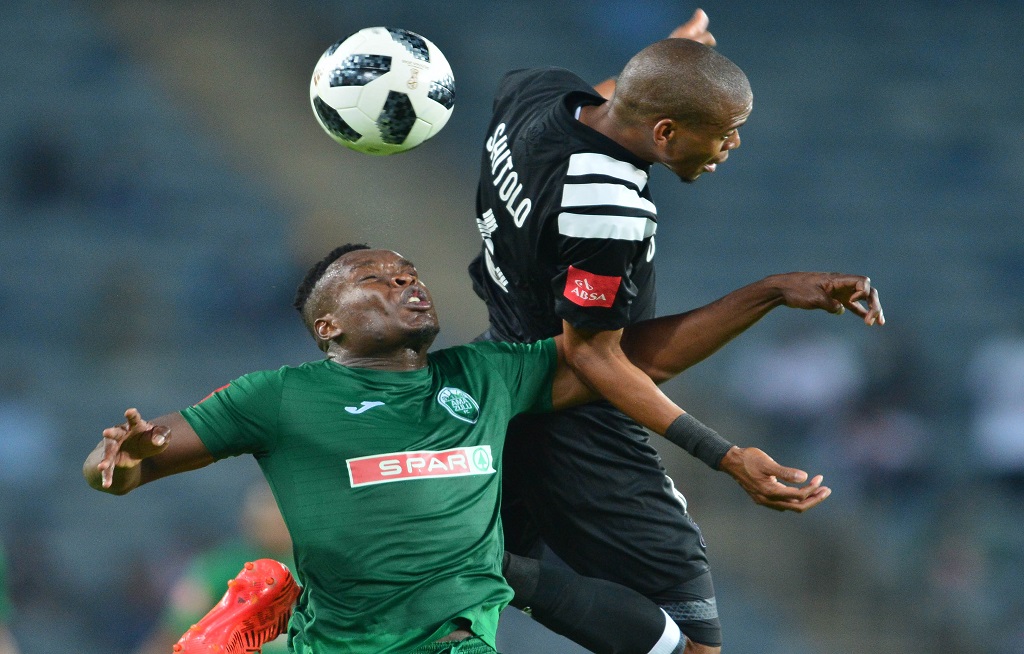 Rhulani Manzini of AmaZulu challenged by Gladwin Shitolo of Orlando Pirates during the Absa Premiership 2017/18 football match between Orlando Pirates and AmaZulu at Orlando Stadium, Johannesburg on 09 December 2017.

ORLANDO – Orlando Pirates and AmaZulu played to a 1-1 draw in an Absa Premiership clash played at the Orlando Stadium on Saturday night.

The point, though, was enough to send Pirates to the top of the log standings on 20 points, just one point clear of a chasing quartet that includes Mamelodi Sundowns, Kaizer Chiefs, Chippa United and Baroka FC.

Pirates got off to a quick start with Ayanda Nkosi and Amigo Memela prominent early on. Memela had a great opportunity to score, but could only watch on despairingly as his attempt sailed agonisingly wide.

The Soweto side then proved to be its own worst enemy, generously handing AmaZulu a 1-0 lead in the 23rd minute when Mhlengi Cele crossed and Pirates defender Ntsikelelo Nyauza headed the ball into his own net.

But the setback served to galvanise Pirates into further action, with Thabo Matlaba’s goal-bound shot deflected for a corner. And, with the Buccaneers in dominant mood, it was no surprise when they equalised in the 35th minute. The AmaZulu defence failed to clear, and Nyauza made up for his earlier aberration by slamming the ball into the net to level the score at 1-1.

Cele had the first chance for Amazulu shortly after the resumption, but his powerful shot failed to hit the target.

Both teams then made changes. Pirates took off Nkosi, who was replaced by Thamsanqa Gabuza, while AmaZulu brought on veteran Mabhuti Khenyeza in place of Rhulani Manzini.

Pirates continued to press forward, with Memela going close with a free-kick and Justin Shonga’s attempt tipped over the bar by AmaZulu goalkeeper Boalefa Pule.

Further substitutions saw Pirates bringing on Thabo Rakhale to replace Thabiso Kutumela – and, for AmaZulu, Ovidy Karuru came on in place of Cele.

Memela had another inviting opportunity to win it for Pirates when he had only Pule to beat, but the goalkeeper got the better of the forward with a fine save. The Buccaneers were in the ascendancy in the closing stages, as they tried desperately to snatch a winning goal, but the AmaZulu defence hung in to make sure of a valuable away point.