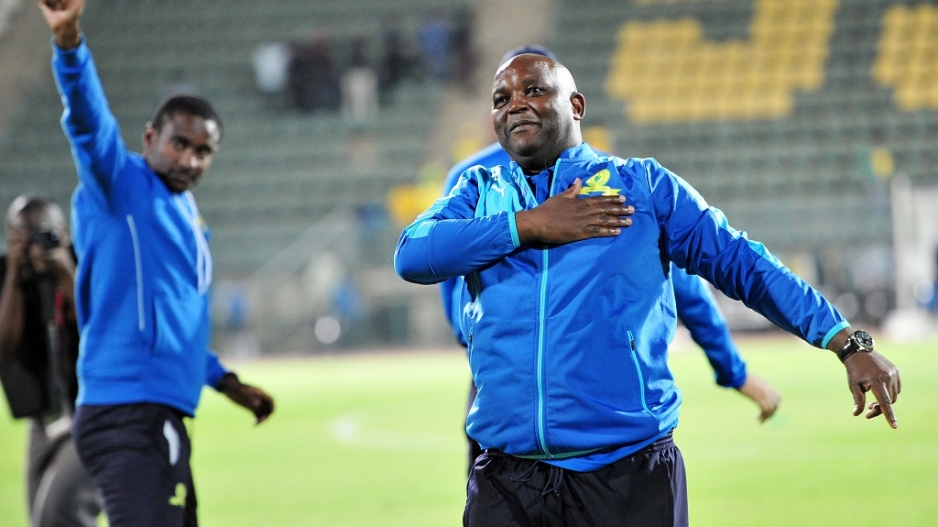 FILE: Pitso Mosimane, coach of Mamelodi Sundowns celebrates a victory during the 2016 CAF Champions League match between Mamelodi Sundowns and Zesco at the Lucas Moripe Stadium in Pretoria, South Africa on September 24, 2016

JOHANNESBURG- Pitso Mosimane has confirmed his departure from Mamelodi Sundowns

In a statement, Mosimane says that he is leaving Sundowns to join an international team.

This follows an earlier report stating that he is leaving the Pretoria outfit for Egyptian giants, Al Ahly.

Mosimane led Sundowns to a domestic treble last season winning the Absa Premiership, Telkom Knockout and Nedbank Cup, all in a single campaign.

He ends his almost eight-year tenure at the Brazilians having led the club to continental success, winning the CAF Champions League in 2016.

'Jingles' says that he is leaving Sundowns to challenge himself.