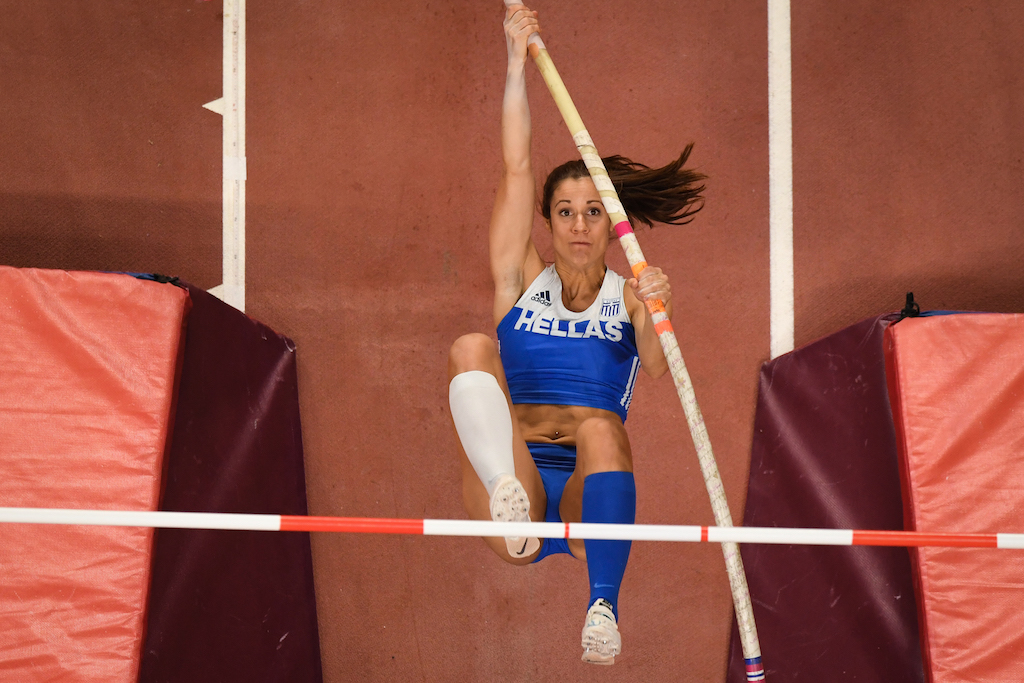 TOKYO - Olympic pole vault champion Katerina Stefanidi has spoken out strongly in favour of going ahead with the Tokyo Games, nearly a year after she led calls to postpone the event over the coronavirus pandemic.

Stefanidi told Japan's Kyodo news agency that it would be better to hold the Olympics without fans than not at all, adding that she thought athletes were overwhelmingly in favour of competing.

A surge in coronavirus cases around the world has renewed doubts over the postponed 2020 Olympics, which are scheduled to start in July. With Tokyo under a state of emergency, polls indicate plunging support in Japan.

"I think if we have to have the Olympics without spectators, I would prefer that than not having the Games at all," Stefanidi, who is a member of World Athletics' Athletes' Commission, was quoted as saying.

Stefanidi had voiced concerns for athletes' safety before the International Olympic Committee took the unprecedented decision to postpone the Games last March.

"The IOC wants us to keep risking our health, our family's health and public health to train every day?" she tweeted at the time.

The 30-year-old said around 80 percent of World Athletics athletes polled at that time supported either cancelling or postponing the Olympics.

But she believes 80 percent would now be in favour of the Games if asked again.

"I think that it's a very different situation than what we had last year, where we didn't really know anything about the virus," she said.

On Friday, Japan's government denied a report in The Times that said officials see cancelling the Olympics as inevitable.

The American, Canadian and Australian national Olympic committees also stressed they were still preparing their athletes for Tokyo.

Stefanidi also said she would prefer the Games to go be held without spectators -- something organisers have floated as a possibility -- than be cancelled.

"If we can have the Olympics with some spectators, that will be better of course... for me the worst-case scenario would be to completely cancel," she said.