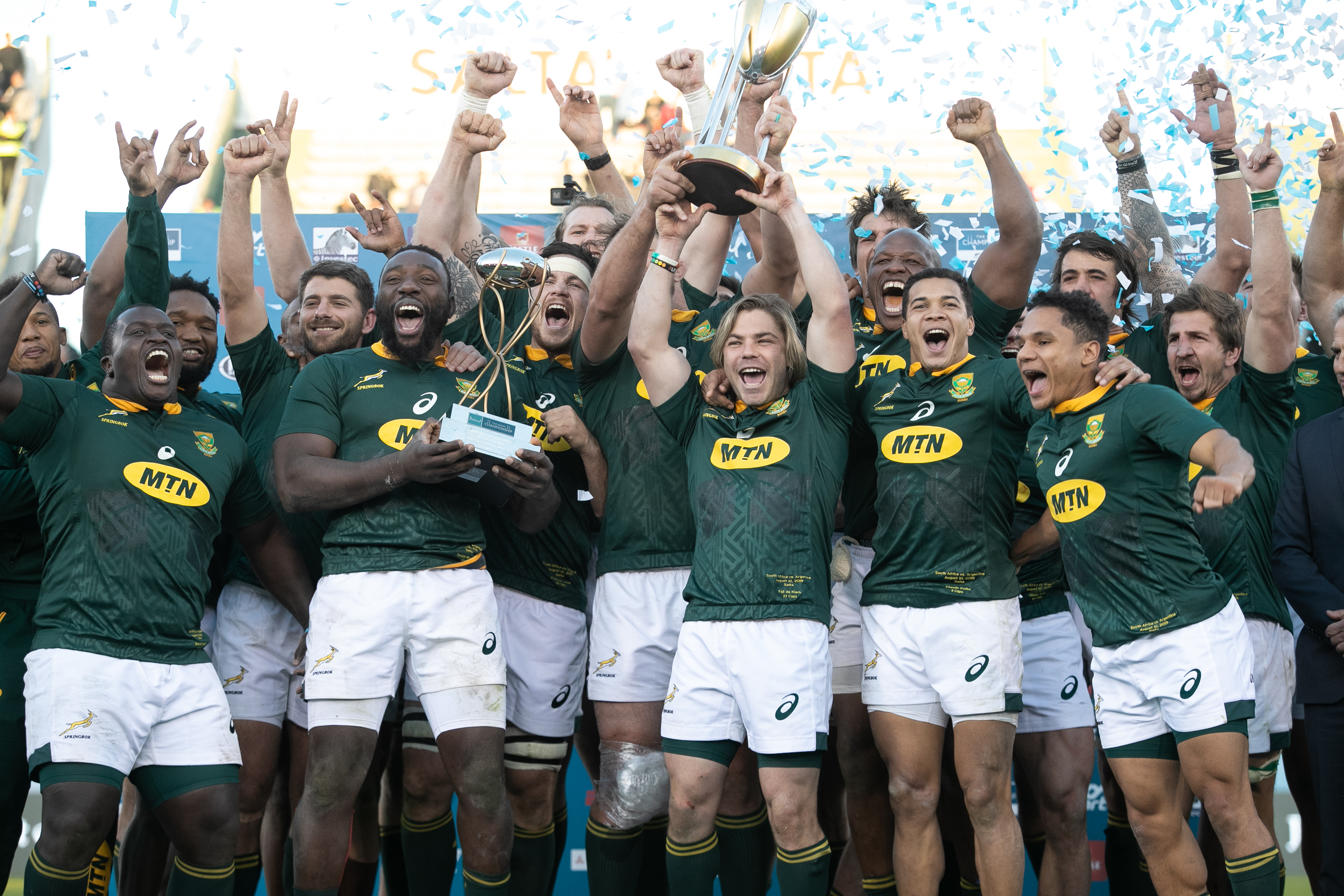 The Springboks last won a competition in 2009 when they finished first in the Tri Nations, the forerunner of the Rugby Championship.

Fly-half Pollard notched two tries and kicked three conversions and five penalties in a  bonus-point victory for South Africa, who led 24-13 at half-time.

READ: Last-gasp Jantjies try as Boks draw with All Blacks

South Africa finished with 12 points in a competition reduced to one round from the traditional two because of the World Cup in Japan from September 20.

Australia, who stunned world champions New Zealand 47-26 earlier Saturday, came second with eight points followed by the All Blacks with six and the Pumas with two.

Argentina collapsed in the second half after holding their own during the opening 40 minutes until a Pollard try gave South Africa an 11-point lead at the break.

The nations meet again next Saturday, this time in Pretoria, in a warm-up international for the World Cup.

"It is a fantastic feeling winning a major trophy for the first time in 10 years," said Springboks skipper and number eight Duane Vermeulen.

READ: Boks prove difficult to break down ahead of World Cup

"This is a nice thing for the team for all the hard work put in and it is also a big thing for us going on to the World Cup.

"We played the best teams in the southern hemisphere so it is good to have this one step up, although a lot of work still needs to be done before the World Cup.

"We are very happy where we are at the moment and winning the Rugby Championship is a fantastic achievement."

It took the Pumas just 100 seconds to take the lead through a Santiago Cordero try on a clear, late southern hemisphere winter afternoon before a sell-out 22,190 crowd in the northwestern city.

Cordero gathered a perfectly weighted cross kick from Nicolas Sanchez and held off Makazole Mapimpi to dive over in the corner.

Sanchez converted and Argentina could not have wished for a better start as they sought to defeat the Springboks in South America for the third time in four seasons.

Pollard reduced the deficit off a ninth-minute penalty and the visitors went in front soon after when Bongi Mbonambi scored off a rolling maul after a lineout.

It was a particularly pleasing score for the Springboks, who have struggled this season to turn mauls into tries.

The opening half then became a goal-kicking battle between playmakers Pollard and Sanchez with the SouthAfrica kicking three penalties and converting his try in the final minute of the half.

Sanchez had fewer opportunities and made the most of them, slotting the two penalties to keep the Pumas in touch for most of the half.

But the Pollard try and conversion gave South Africa a 24-13 half-time advantage after a half in which the major difference between the teams was the scrums.

Argentina have struggled for some years in an aspect of the game where they used to be world class and there was no sign of any improvement in Salta.

The Pumas conceded a number of scrum penalties despite the return after a shoulder injury of star hooker Agustin Creevy and they backpedalled several times at the Estadio Padre Ernesto Martearena.

Pollard kicked an early second half penalty and then scored his second try even though the Springboks were temporarily down to 14 men with Faf de Klerk sin-binned.

As the match entered the final quarter, South Africa held a 32-13 lead against opponents who could not translate spells of pressure into points.

Clinical South Africa scored further tries through Mapimpi and Cheslin Kolbe and Pollard converted both for an unexpectedly comfortable triumph.