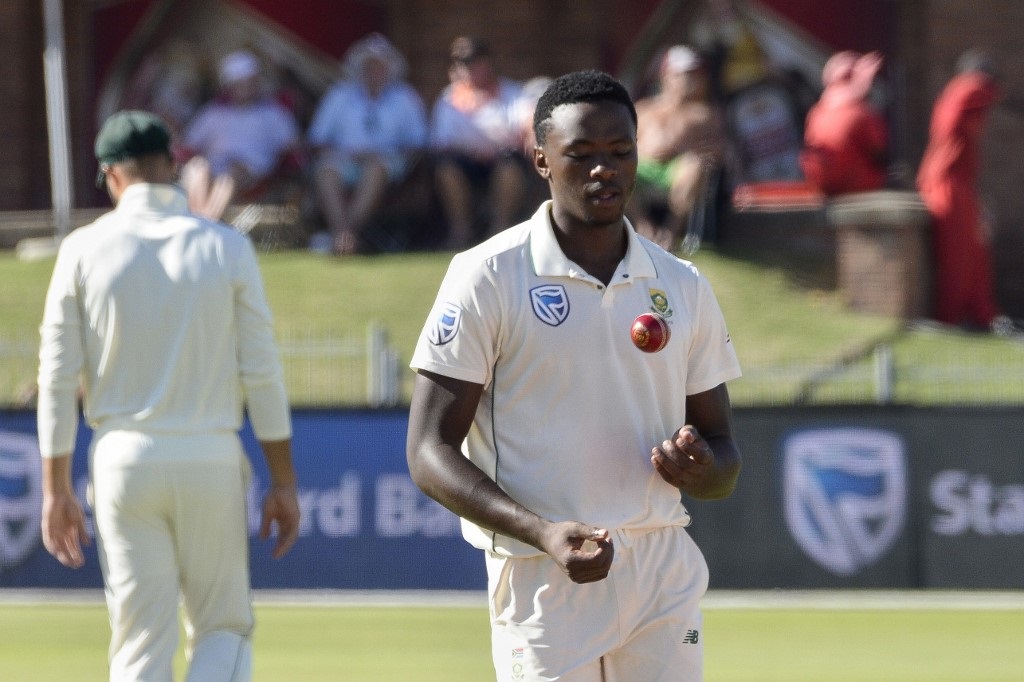 JOHANNESBURG - In a World Cup expected to be dominated by batsmen, South Africa hope to buck the trend with a bowling attack led by the precociously talented Kagiso Rabada.

Rabada has topped the International Cricket Council's bowler rankings in both Tests and one-day internationals, making the paceman one of South Africa's key figures at the World Cup.

READ: Rabada could be ready for World Cup

Able to bowl at speeds close to 93 miles per hour (150 kilometres per hour) with a languid action, swinging the ball in both directions and delivering pinpoint yorkers almost at will, Rabada is captain Faf du Plessis' go-to man when South Africa desperately need a wicket.

Rabada turns 24 on May 25 -- just five days before his team's clash with England in the tournament opener at the Oval -- but he is already experienced enough to be regarded as a potential World Cup game-changer.

As a standard-bearer for a multiracial South African team, Rabada does not fit easily into the stereotypical narrative of black players emerging from underprivileged backgrounds to make an impact.

Makhaya Ntini, South Africa's first great black cricketer, took 390 wickets in Tests and 266 in ODIs after being spotted playing soft-ball mini-cricket at the start of a journey from a rural village to international fame.

Rabada, by contrast, is the son of a medical doctor and a qualified lawyer, who lived in an affluent suburb north of Johannesburg.

He was sent to one of the country's most expensive and exclusive schools, St Stithians College, a leading cricket nursery.

"I saw that my parents worked quite hard and then achieved a lot, so I didn't feel like at any time I struggled," Rabada said in an early interview.

"At the same time, I knew what it was like for people to struggle."

Rugby was his first sporting love but it was soon obvious he had cricketing ability as a swashbuckling left-handed batsman and raw fast bowler.

Wim Jansen, director of cricket at St Stithians, said Rabada always had raw pace but was inconsistent and bowled too many no-balls.

"He was a quick learner and worked incredibly hard, and still does. His discipline, especially in terms of conditioning exercise, was incredible," Jansen said.

Off the field, Rabada is calm, modest and matter-of-fact.

On the field, though, he has incurred disciplinary action from match referees on four occasions in the past two years.

"Most of the time I try to let the ball talk and not my mouth," he said.  "Here and there I will say the odd thing but I am definitely aggressive as a player."

Rabada's fitness is a worry after he had to withdraw from the Indian Premier League this year because of a back strain.

He had taken 25 wickets in 12 matches for the Delhi Capitals following a gruelling international season in which he played in all South Africa's five Test matches and 14 of 16 one-day internationals, leading to concern about his workload.

South African team management is hoping Rabada will be able to hit peak form again after a period of rest and rehabilitation, which included a month's break from playing.