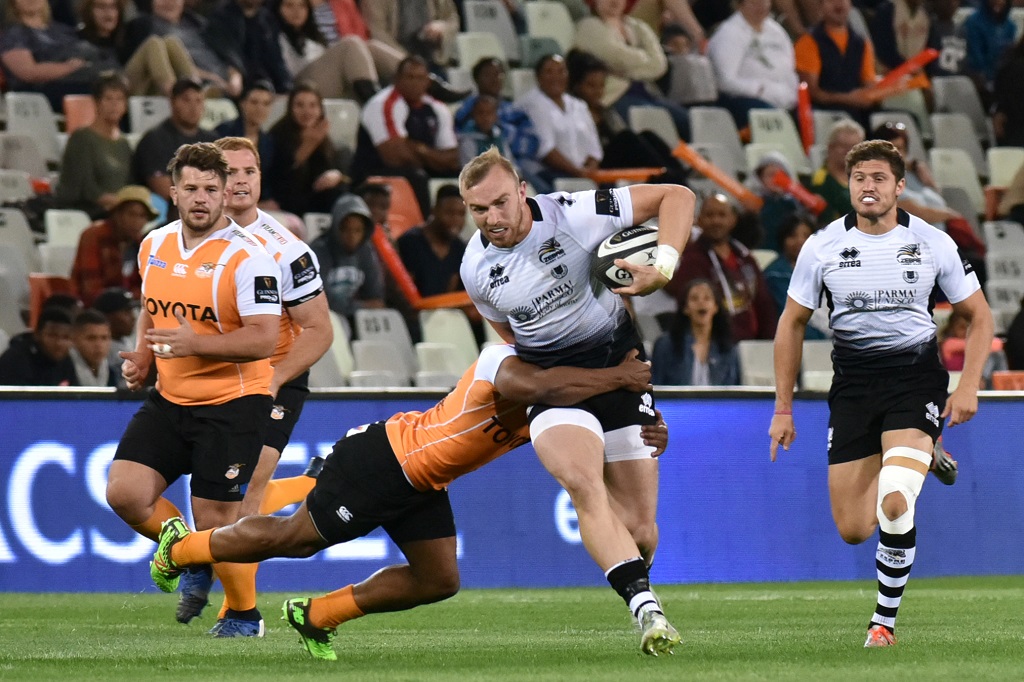 File: South African sides are now expected to look toward Europe, where the maximum time difference is two hours compared with 11 for New Zealand.

JOHANNESBURG - PRO14 organisers confirmed Wednesday they are considering expanding the tournament with the inclusion of more South African teams.

"Both PRO14 and SA Rugby are in early discussions about potentially expanding the tournament to include more South African franchises from 2021," a statement said.

The confirmation of talks comes amid speculation about the future of the four major South African franchises, the Bulls, Lions, Sharks and Stormers.

They began this year as part of a five-nation Super Rugby championship, which ended in March after just seven rounds owing to travel restrictions triggered by the coronavirus pandemic.

New Zealand and Australia have since said they see a franchise future without South Africa, Argentina and Japan.

South African sides are now expected to look toward Europe, where the maximum time difference is two hours compared with 11 for New Zealand.

A change would also suit South African broadcasters who have been screening Super Rugby from Australasia at breakfast time and from Argentina after midnight.

When Super Rugby was reduced from 18 teams to 15 in 2017, South African sides the Cheetahs and Southern Kings were among those dumped and they joined the then PRO12.

While the Cheetahs proved competitive, particularly at home, the Kings struggled on and off the field and went into voluntary liquidation last weekend.

The Cheetahs were unable to complete their 2019/2020 PRO14 season fixtures nor start those of the 2020/2021 campaign because of travel restrictions due to the pandemic.

SA Rugby did not immediately respond to the PRO 14 statement, but chief executive Jurie Roux has admitted they are looking at options beyond Super Rugby.

Rugby in South Africa will resume without spectators Saturday with the Bulls hosting a pre-season tournament in Pretoria that also involves the Lions, Sharks and Stormers.