Proteas aim to sign off from World Cup with a flourish 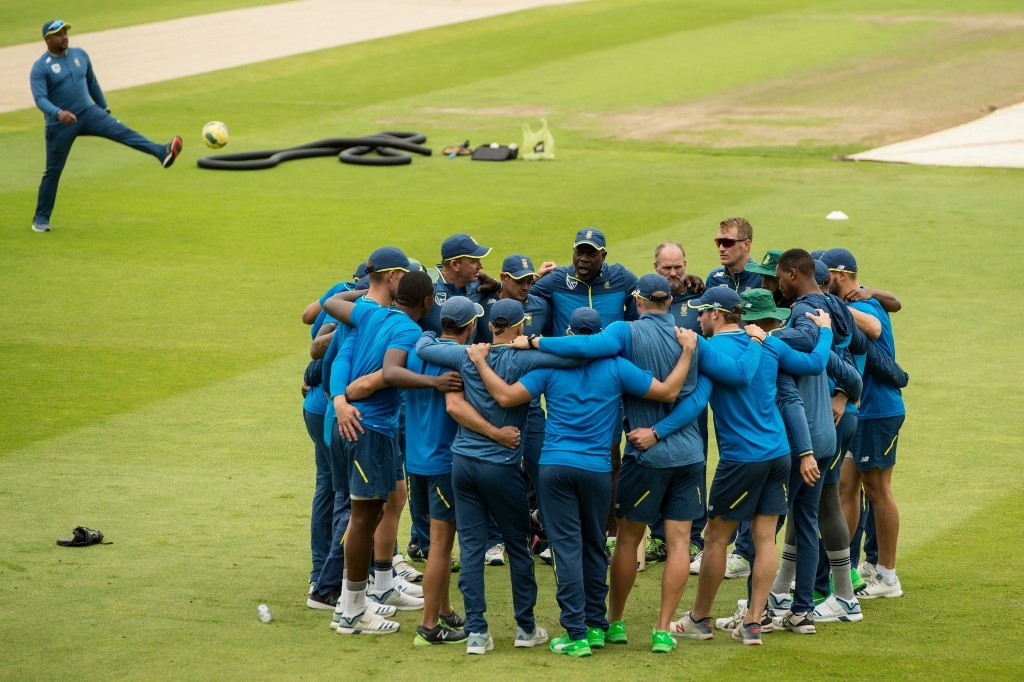 South Africa players attend a training session at Edgbaston in Birmingham, central England on, on June 18, 2019.

BIRMINGHAM - Struggling South Africa need a miracle to make the World Cup semi-finals but coach Ottis Gibson said the team have plenty to play for in their remaining three matches.

The Faf du Plessis-led side have flopped badly at the 50-over event in England and Wales, recording just one win, over minnows Afghanistan, in their six matches so far.

The Proteas did put up a fight against New Zealand on Wednesday but lost a tense game mainly due to Kiwi skipper Kane Williamson's brilliance with the bat.

"We've still got three games to play and I'd like to think that we can at least play the way we know we can play," said Gibson.

"The thing about the squad is that there are guys playing their last World Cup and I'd like to think that they will leave the world stage having signed off on a strong note."

"And there are some youngsters here that I'm sure will play in future World Cups. So they too would like to leave a statement. That's the way we've got to look at it," said the former West Indies allrounder.

Leg-spinner Imran Tahir and middle-order batsman JP Duminy will both retire from ODIs at the end of the tournament after impressive careers.

Tahir, who made his ODI debut at the 2011 World Cup, has played 104 matches and is the most successful spinner in South Africa's 50-over history, with 170 wickets.

Aiden Markram, Kagiso Rabada and Lungi Ngidi are part of the younger crop of players who are playing in their first World Cup.

Gibson admitted South Africa's failing had been their batting.

They have only reached 300 once in the tournament and that was in a losing cause against Bangladesh.

"We've not really been able to put enough runs on the board. We don't have the bowling attack that we wanted to have, therefore we needed more runs to work with," Gibson said.

South Africa were dealt an early blow when veteran paceman Dale Steyn returned home without playing a single game with a shoulder injury.

And paceman Ngidi was also unavailable for three matches with a hamstring strain before returning for the New Zealand game in Birmingham.