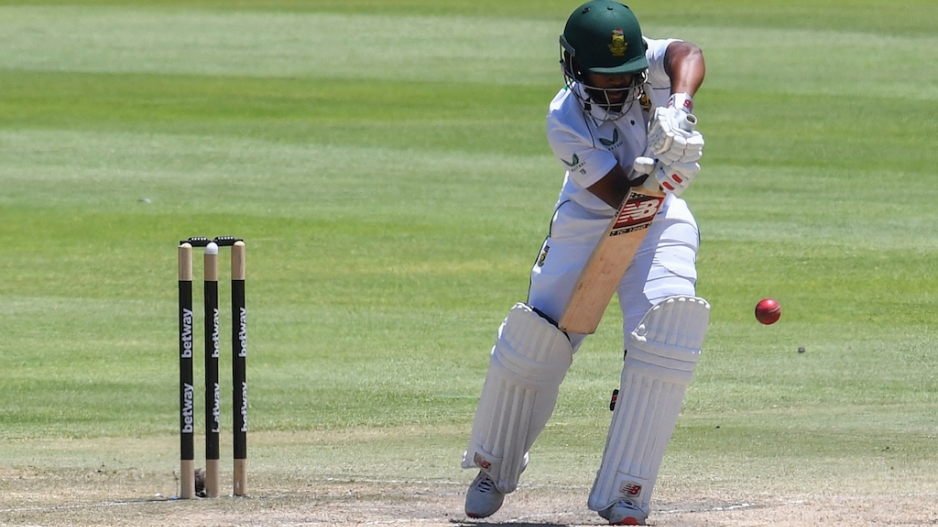 Temba Bavuma watches the ball after playing a shot during the fourth day of the third Test cricket match between South Africa and India. AFP/Rodger Bosch

CAPE TOWN - India will have to wait a little bit longer if they are to win a Test series in South Africa.

This after the Proteas completed a 2-1 victory after securing the third and final Test by seven wickets.

The Proteas started day four on 101 for two and needed 111 runs to wrap up the series.

Keegan Pietersen was joined by Rassie van der Dussen at the crease in the first session after captain Dean Elgar was dismissed with the last delivery on Thursday.

Petersen -- who had been impressive throughout the series -- reached a half-century before being clean bowled by Shardul Thakur.

The 28-year-old received a standing ovation as he was on 82 runs from 113 deliveries when he was dismissed.

Temba Bavuma joined Van der Dussen and have since reached the required total of 212 runs with ease.