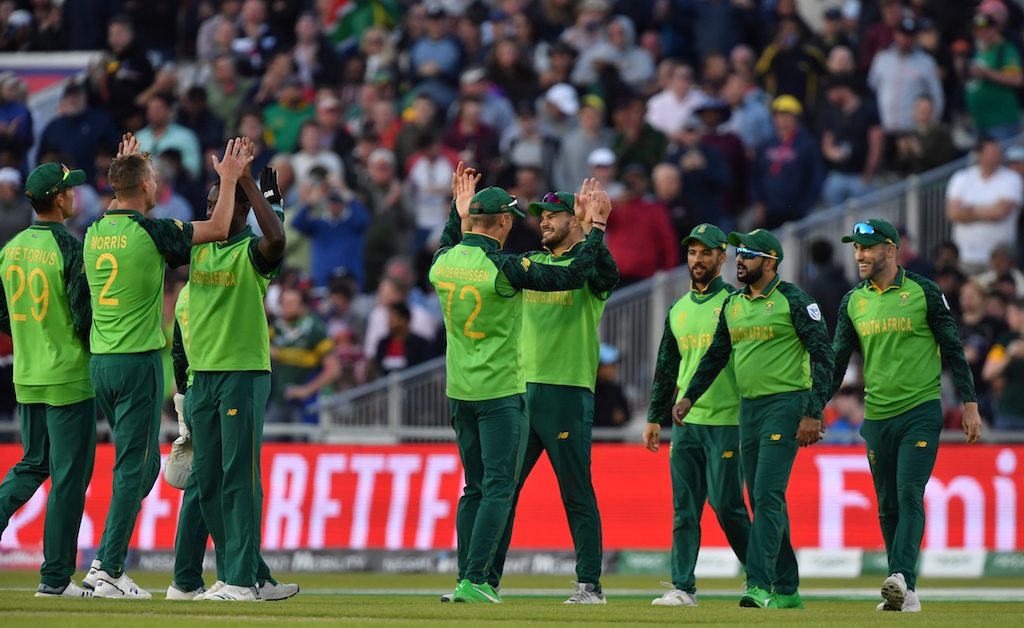 MANCHESTER - Prolific opener David Warner smashed a brilliant 122 but could not claim victory for Australia as they slipped to a 10-run defeat to South Africa in their Cricket World Cup clash at Old Trafford on Saturday, leaving them facing a semi-final against England.

The result allowed India to take over at the top of the round-robin table at the end of the first stage, meaning Australia will battle the host nation at Edgbaston on Thursday, while the Indians meet New Zealand at Old Trafford on Tuesday.

Already-eliminated South Africa chose to bat and a century from captain Faf du Plessis took them to 325 for six in their 50 overs, a total boosted by Rassie van der Dussen’s well-constructed 95.

Australia were in trouble early in their innings and a hamstring injury to number three batsman Usman Khawaja saw him retire hurt, and put the rest of his tournament in jeopardy, but they rallied magnificently before being bowled out for 315 with one ball remaining.