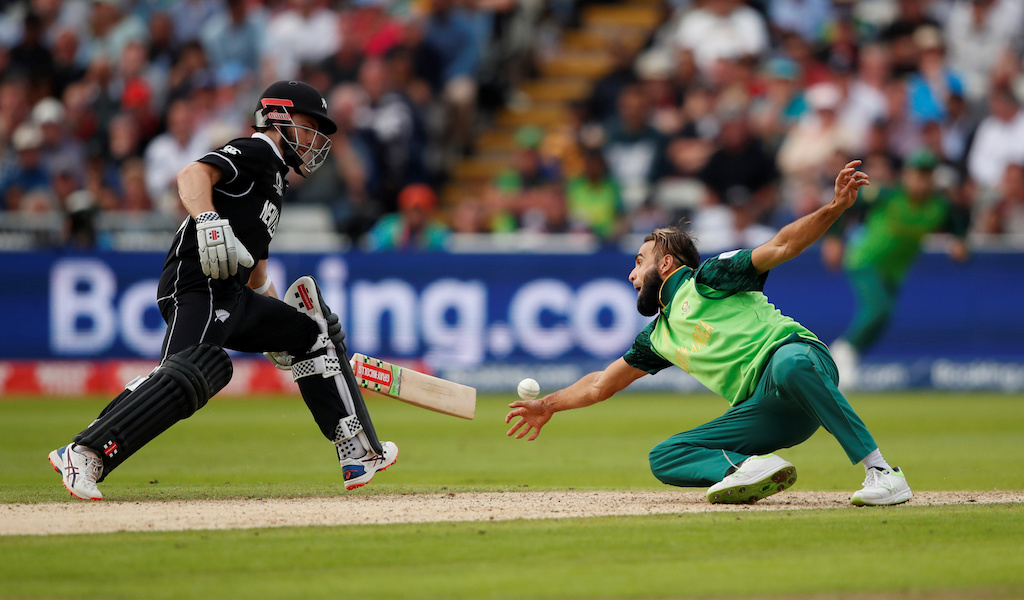 LONDON – South Africa lost another Cricket World Cup match after they succumbed to a four-wicket defeat to New Zealand at Edgbaston on Wednesday.

Earlier, Rassie van der Dussen gave South Africa something to bowl at as the Proteas struggled to 241-6 after losing the toss.

Hashim Amla made a sluggish 55 off 83 balls and Van der Dussen's 67 not out came at better than a run a ball.

During his innings, Amla became the fourth South African to reach 8,000 runs in one-day internationals. He is the second-fastest player (176 innings) from any side to reach the milestone after India's Virat Kohli (175 innings).

South Africa, who brought in fast bowler Lungi Ngidi for Beuran Hendricks, had won just one of five matches, against Afghanistan, coming into the match on Wednesday.

Despite that nine-wicket success, Du Plessis's side are still languishing in eighth spot, with the top four qualifying for next month's semi-finals.

After Wednesday's game they will face Pakistan, Sri Lanka and Australia.

Victory for unbeaten New Zealand takes them to the top of the table, with four wins from five matches.