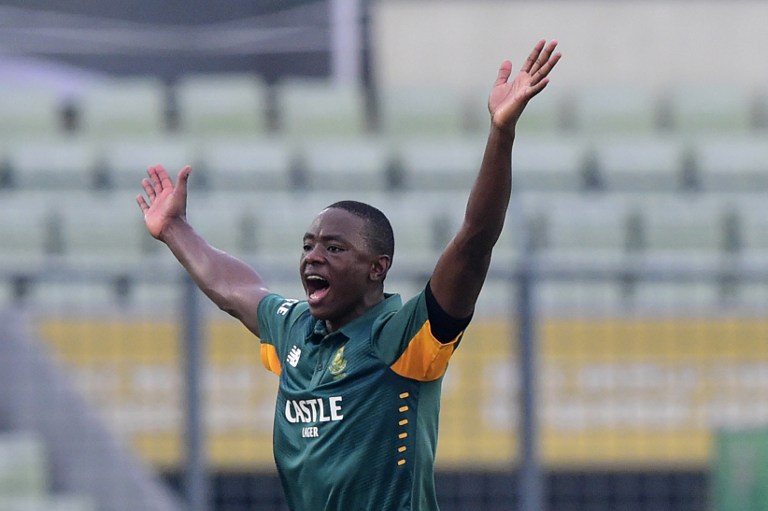 JOHANNESBURG – Proteas fast bowler, Kagiso Rabada, says he still has a lot of learning to do on the international stage despite the accolades he has accumulated in the current Sunfoil Test series against England.

He is the first bowler to take two six-wicket hauls in international cricket before the age of 21 (he took 6/16 in his ODI debut) but remains grounded and humble with his current rise and stardom.

“People kept telling me that Test cricket is the real deal and I think I have learnt that,” Rabada said at SuperSport Park after bad light stopped play on Sunday. “There is very little margin for error, you have good players who have been playing for a long time, they latch onto anything that is remotely off a good area.

“You have to bowl well for periods of time, not just two overs,” he added. “There are a whole lot of things, the crowds, many things, I have a lot to learn.”

Unlike most youngsters who find their feet at first-class level, Rabada is learning on the hardest stage possible. He has shown that he is more than capable to withstand the pressures that come with International cricket even before his 21st birthday.

Another endearing quality is that he seems to be his biggest critic, as he gave warm praise to teammates Morne Morkel and Kyle Abbott, whom he felt ‘deserved’ the seven wickets.

“The plan this morning was just to stick to the basics,” he said. “We wanted to try and bowl as many balls as possible in the right areas. I thought that once I got Joe Root out it was a big relief. The day before I was a bit all over the place, Alastair Cook kept cutting and pulling me, I was a bit too short and this morning we tried to rectify it and we got our rewards as a bowling unit.

“I don’t think I have arrived yet, there is still lots of work to be done,” he admitted. “It felt good taking these seven wickets but I thought Kyle and Morne bowled so well that they could have deserved the seven wickets more than I did if I’m being honest.

“I bowled okay in spells but they just kept coming, I happy that I got the wickets but still feel I bowled better at the Wanderers.”

Rabada says the pitch will get more difficult to bat on as the match progresses and building on the lead remains the first priority.

“We are in a good position now, we have a strong lead,” he said. “The wicket is deteriorating, it’s not going to be easy batting last on this wicket. We need to keep building on this lead and take it deep.”