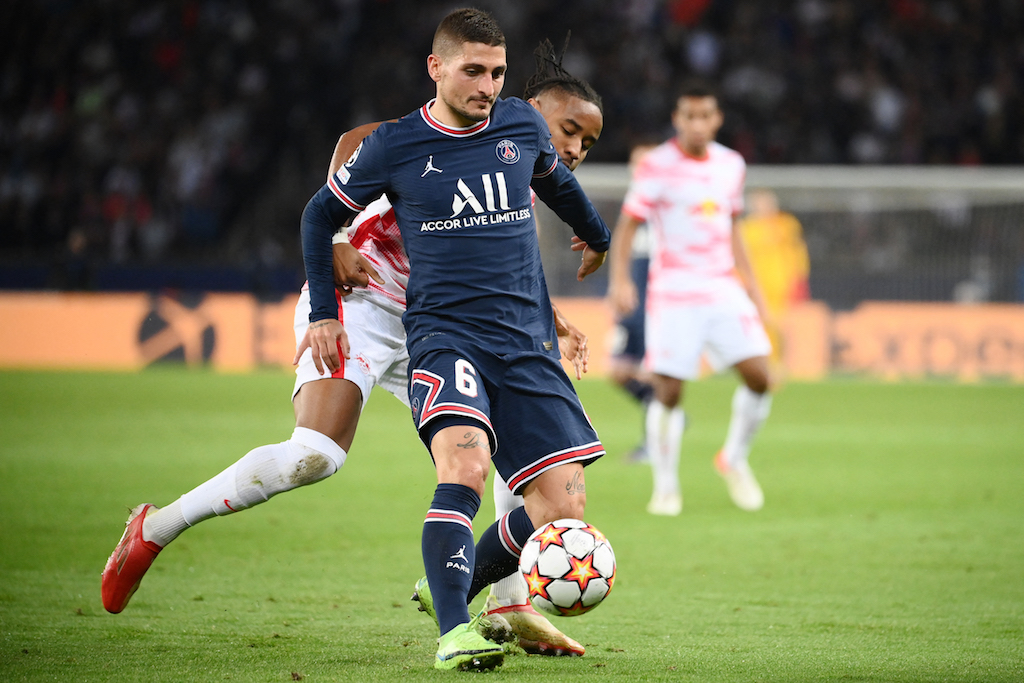 PARIS - Paris Saint-Germain and Italy midfielder Marco Verratti faces four weeks out after injuring his hip during the 0-0 draw with Marseille at the weekend, his club said.

Verratti was replaced late in the first half of Sunday's game and is set for another spell on the sidelines, having already missed a month of the season with a knee injury.

He was also granted extra time to recover at the start of the campaign following Italy's Euro 2020 triumph.

The 28-year-old will be unavailable for Ligue 1 games against Lille and Bordeaux and the Champions League match at RB Leipzig on November 3.

He faces a race against time to be fit for the trip to Manchester City on November 24 after the international break.

Kylian Mbappe could also miss Friday's visit of defending champions Lille due to a sinus infection, while Sergio Ramos is expected to rejoin group training next week.