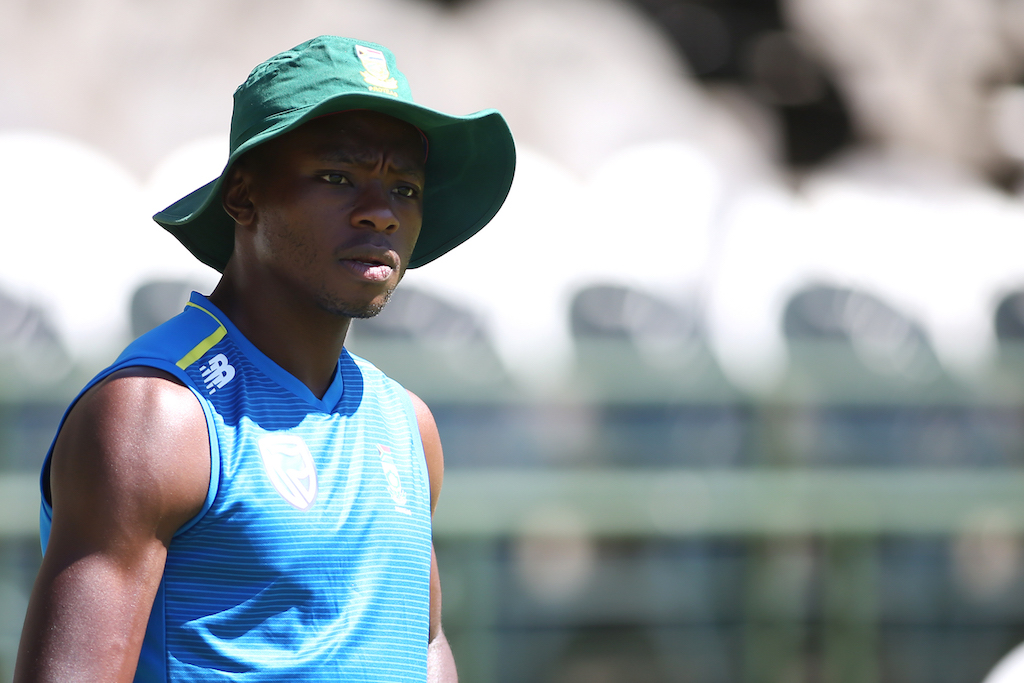 CAPE TOWN - Fast bowler Kagiso Rabada revealed on Monday that the South African cricket team are training in two groups to minimise the risk of further Covid-19 infections ahead of their series against England.

Two members of the South African squad have tested positive for Covid since the squad assembled last week and two other players had to go into isolation because of their close contact with one of the infected players.

"It's been quite bizarre," Rabada told an online press conference from the team hotel in Cape Town.

"We have to train in groups -– a group of non-contacts and a group of close contacts.

"It doesn't mean anyone is positive but we have to take that extra precaution."

Rabada did not reveal how many players were in each group but planned intra-squad matches on Saturday and Monday were cancelled, presumably to reduce the risk of infections.

He said more Covid tests would be conducted with the players "soon".

Despite the unusual training arrangements, Rabada said "training is going smoothly" ahead of the first Twenty20 international against England at Newlands on Friday.

"The team is doing well at sticking to strict rules."

Rabada is undergoing his second "bio-bubble" experience in a short period of time after starring for the Delhi Capitals, and becoming the leading wicket-taker, in the recent Indian Premier League in the United Arab Emirates.

Rabada said the lack of crowds had not affected the standard of cricket in the IPL.

"The competitiveness was second to none," he said.

"There's definitely an element missing but at the end of the day we are competitive cricketers who want to compete, to test your skill level. I think it will be much the same in this series."

Rabada said living in the bubble was tough but added a note of realism.

"It's like luxury prisons that you are in but at the end of the day you have to remind yourself that you are fortunate," he said.

"People have lost their jobs and people are struggling.

"I try to remind myself that we must be grateful for the opportunity to earn some money and do what we love."