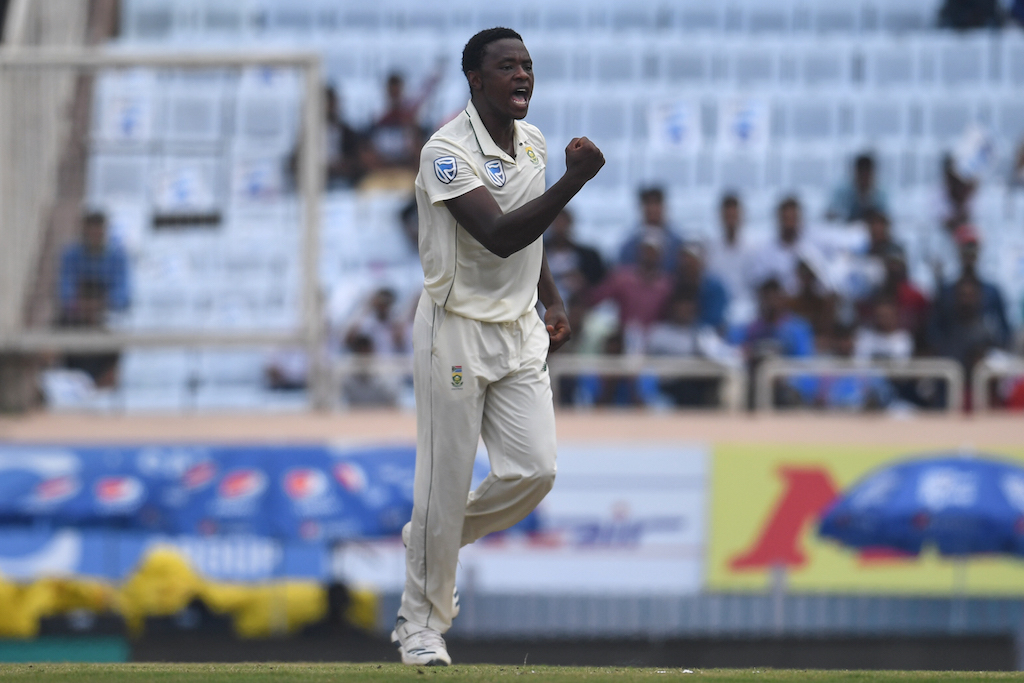 South Africa's Kagiso Rabada celebrates after taking the wicket of India's Cheteshwar Pujara during the first day of the third and final Test match between India and South Africa at the Jharkhand State Cricket Association stadium in Ranchi on October 19, 2019.

INDIA - South Africa's Kagiso Rabada led an inspired pace attack to put India in early trouble on 71 for three at lunch on day one of the third Test on Saturday.

Rohit Sharma, on 38, and Ajinkya Rahane, on 11, then put on an unbeaten 32-run stand as India -- who have already taken an unassailable 2-0 lead in the three-match series -- eye whitewash.

The hosts lost Mayank Agarwal, for 10, and Cheteshwar Pujara, for nought, to Rabada's pace and slipped to 16 for two after electing to bat first.

Rabada nearly got his third when Sharma was judged lbw by the on-field umpire when the opener was on seven.

But Sharma successfully reviewed the decision in his favour as replays clearly suggested the batsman had got an inside edge off the bat before the ball hit the pads.

Kohli though was not so lucky after he reviewed his leg-before call as well but the tracking technology showed the ball would have grazed the leg stump.

Earlier Kohli's luck with the coin continued for the third straight time in the series despite South Africa's attempt to beat their bad luck at the toss with Temba Bavuma.

Proteas captain Faf du Plessis brought his deputy Bavuma to call the toss in an effort to change his side's fortunes but South Africa went on to lose its 10th successive coin flip in Asian Tests.