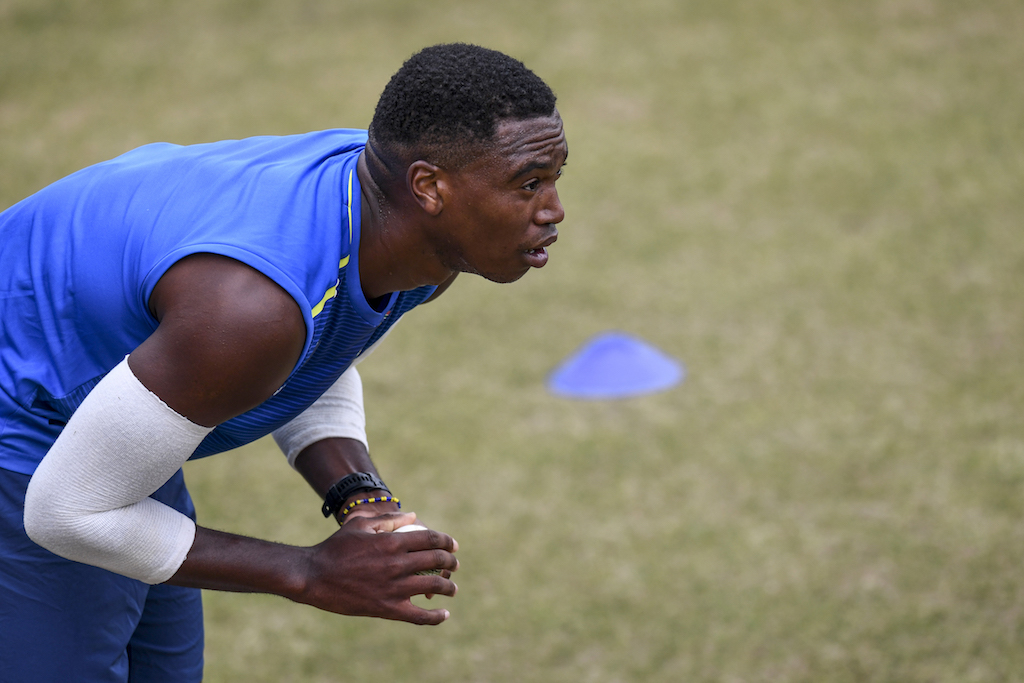 File: South Africa's Lungi Ngidi prepares himself for bowling during a practice session at the Himachal Pradesh Cricket Association Stadium in Dharamsala.

The letter commended current fast bowler Lungi Ngidi, who last week expressed support for Black Lives Matter, and called for Cricket South Africa (CSA) to come out strongly in favour of the movement.

Signatories included fast bowler Makhaya Ntini, who played in 101 Test matches, and other former stars such as Vernon Philander, Herschelle Gibbs, Ashwell Prince, Paul Adams and JP Duminy. A total of 36 people, including five coaches, were named on the document.

Current black players such as Kagiso Rabada and Ngidi were not included, nor were any white players.

The statement claimed despite three decades of cricket unity, "the views expressed from one side of the racial divide are still very much part of our lives... We see this an opportunity for CSA to be unequivocal about its position and to make sure the problem is confronted and we also invite our fellow white cricketers to join in this move to defend human dignity."

There was no immediate response from CSA.

"We are not surprised at their comments. Given South Africa's well-known past, black cricketers have borne the brunt of subtle and overt racist behaviour for many years, including from some colleagues."

Prince, who played in 66 Tests, posted a Twitter thread at the weekend claiming racial transformation had been met with resistance and "there had never been any unity" in the decade he played for South Africa.

READ: Five things we learned from the first Test post-lockdown

Also on Tuesday, Omphile Ramela, president of the SA Cricketers' Association, released a letter, apparently written in his personal capacity, to sports minister Nathi Mthethwa, seeking government intervention for what he claimed was the illegal appointment of eight white officials by CSA and its affiliates.

"In the last six months all eight new appointments within the executive management of cricket have all been white males," wrote Ramela, a former franchise player who represented South Africa A.

"Transformation is a legislated policy, it is a law in South Africa... they are breaking the law and must face the consequences."

Ramela's letter came against the backdrop of a campaign on social media challenging the appointment of former Test wicketkeeper Mark Boucher as national team coach, alleging there had been a lack of due process before he was appointed by his former captain, CSA director of cricket Graeme Smith. Both are white.