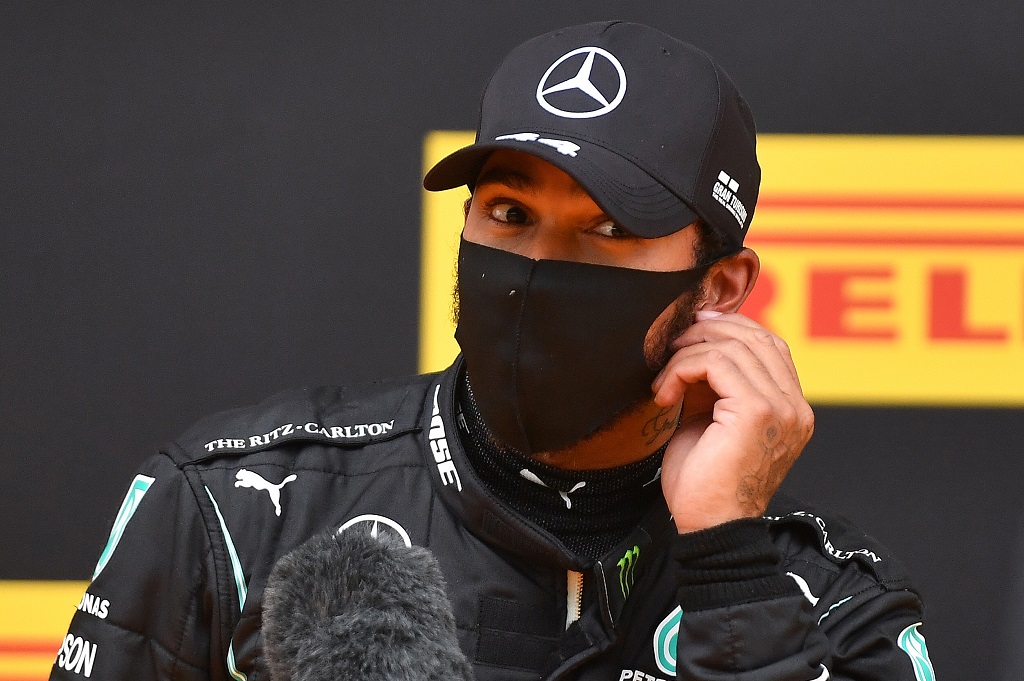 File: Mercedes' British driver Lewis Hamilton gives an interview after the qualifying for the Formula One Styrian Grand Prix on July 11, 2020 in Spielberg, Austria.

AUSTRIA - Defending six-time world champion Lewis Hamilton delivered one of his greatest qualifying performances in treacherous rain-swept conditions on Saturday when he stormed to pole position for the Styrian Grand Prix.

The Mercedes driver, who struggled in practice on Friday, bounced back to his best with a fastest lap in one minute and 19.273 seconds, outpacing nearest rival Max Verstappen of Red Bull by a stunning 1.2 seconds.

His performance confirmed his enduring class on a day when heavy rainstorms had delayed the session by 45 minutes and forced the cancellation of third practice.

It was his third pole success at the Red Bull Ring circuit, the 89th of his career and confirmed his reputation as a great driver in the wettest conditions.

READ: Hamilton says lack of racing has left him feeling a 'big void'

"What a tricky day," said Hamilton.

"It was so difficult for all of us with this weather and some of the time you can't see where you are going, but I loved it – though I did have a big aquaplane and had my heart in my mouth."

Ferrari-bound Carlos Sainz was third for McLaren ahead of Valtteri Bottas, winner of last Sunday's season-opening Austrian Grand Prix at the same circuit, in the second Mercedes, Esteban Ocon of Renault and Lando Norris in the second McLaren.

Norris, however, will drop three places on the grid after taking a penalty on Friday for ignoring yellow flags in opening practice.

That will elevate Alex Albon, who was seventh in the second Red Bull, Pierre Gasly of Alpha Tauri and Daniel Ricciardo, ninth in the second Renault, but leave Sebastian Vettel 10th in the leading Ferrari on another difficult day for the Italian team.