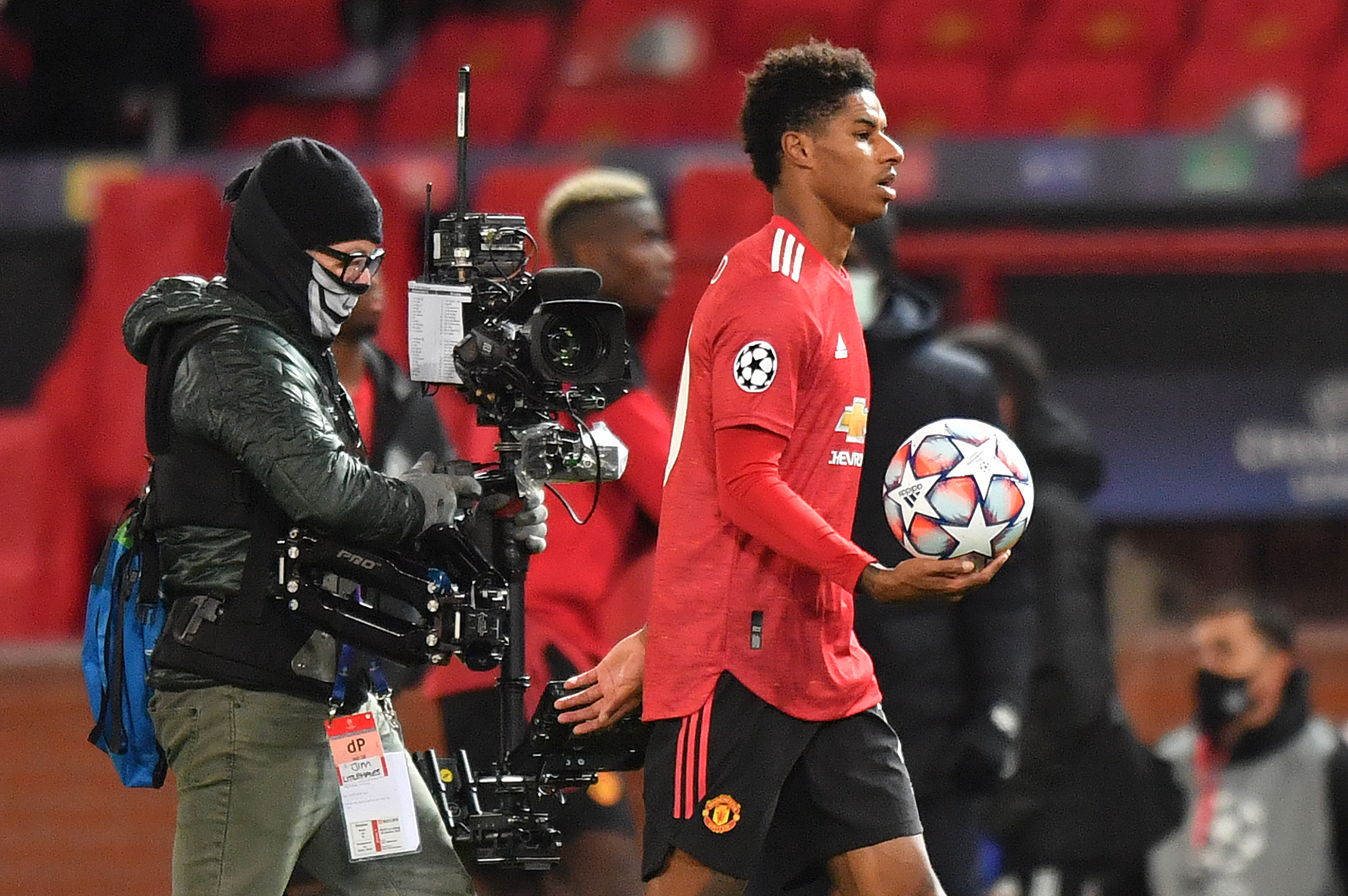 Mason Greenwood looked like grabbing the headlines with his first-half strike but Rashford came off the bench to remind Ole Gunnar Solskjaer that he is the main man at Old Trafford and Anthony Martial also got in on the act.

Rashford, who scored three times in an 18-minute blitz, is only the second United player to score a hat-trick as a substitute after Solskjaer himself performed the feat against Nottingham Forest in 1999.

United, who endured a torrid start to their season, have taken control of Group H after building on their impressive opening win against Paris Saint-Germain.

"Marcus Rashford came on and did well but the groundwork was there from the team, that's what you want from the subs," Solskjaer told BT Sport.

"What a shift they put in. Leipzig are a high press, the intensity, so we had to dig deep.

"We had to rest a few because the season is relentless, so we used the squad. This group is coming together. The more quality and spirit you have, the more you get the performance."

Rashford, last week's hero in the French capital, and Bruno Fernandes were surprisingly left on the bench as United went in search of their first home win of the season.

Greenwood, who last month was sent home in disgrace by England for breaking coronavirus protocols, started up front alongside Martial.

They broke the deadlock in the 21st minute when Paul Pogba drove forward from midfield and fed Greenwood, who stroked the ball with his left foot across Peter Gulacsi and into the far corner for his first Champions League goal.

United had a nervous wait as VAR looked at a potential off-side but the goal was allowed to stand.

Leipzig, last season's semi-finalists, came back strongly, pinning United back for long spells of the rest of the first half.

Christopher Nkunku forced a smart save from David de Gea and Nemanja Matic reacted to stop Marcel Halstenberg getting on the end of the resulting corner.

United were only showing flashes in attack after the break but Leipzig were struggling to create clear-cut chances at the other end, although De Gea had to be alert to tip over a close-range Ibrahima Konate header.

Solskjaer threw on Rashford, Fernandes and Scott McTominay within the space of a few minutes to change the dynamic and United reaped the rewards.

Fernandes sent a superb first-time ball through to Rashford, who raced clear and slotted past Gulasci in the 74th minute.

The linesman had raised his flag for offside but VAR checked the decision, ruling that the forward started his run in his own half and awarded the goal.

Rashford rifled home again four minutes later to make the score 3-0 but then unselfishly allowed Martial to take a penalty after the Frenchman was brought down in the box.

But the England man completed his hat-trick in added time to cap a devastating display.

"I think the manager wanted me to up the tempo," said Rashford.

"That for us means going forward. There was definitely spaces there. We got Bruno and Paul (Pogba) on the ball. We looked dangerous throughout and that we could score every time we went forward."

A shell-shocked Nagelsmann, for whom this was the first defeat of the season said: "It was a bit crazy because after they scored the first goal we did well. The final 20 minutes were very bad."