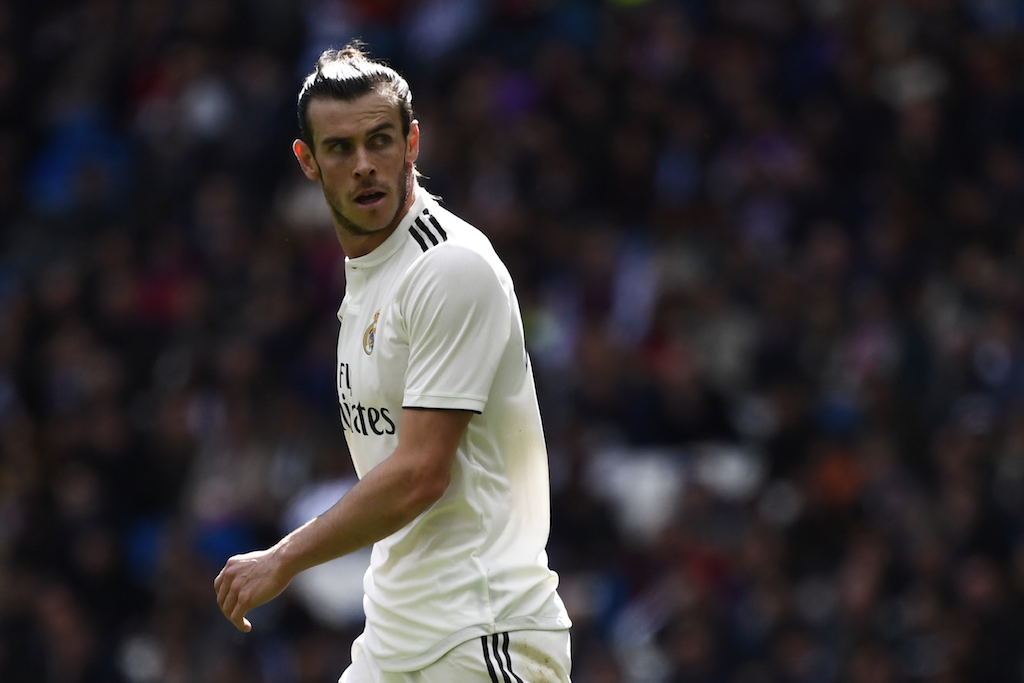 In this file photo taken on April 06, 2019 Real Madrid's Welsh forward Gareth Bale looks on during the Spanish league football match between Real Madrid CF and SD Eibar at the Santiago Bernabeu stadium in Madrid.

MADRID - Gareth Bale's move to Chinese side Jiangsu Suning collapsed on Sunday after Real Madrid cancelled the proposed deal due to wrangling over the fee, a source told AFP on Sunday.

Bale, 30, who has been in the Spanish capital since 2013, was expected to join the Chinese Super League outfit on a three-year-deal worth £1-million (R17.7-million) a week.

The source dismissed reports by Spanish daily Marca which said the Welsh player's family had blocked a potential move to Asia.

Marca said those close to Bale had asked his representatives to look for clubs in Europe "before definitively saying yes to Jiangsu Suning's offer".

The 77-time capped Welsh international had been told by Real coach Zinedine Zidane he does not form part of his future plans at the Bernabeu.

The former Tottenham Hotspur winger came off the bench to play half an hour in Real's record 7-3 defeat to rivals Atletico Madrid in a friendly match in New Jersey on their pre-season tour of the United States on Friday.

Real boss Zidane said last weekend he thought it would be "best for everyone" if Bale's departure could be arranged quickly - comments Bale's agent branded "disrespectful" of a player who helped the side to a Spanish league title and four Champions Leagues since arriving from Tottenham six years ago.

However, injuries have limited Bale to fewer than 80 starts in La Liga in the last four seasons while he has been the subject of criticism in the Spanish media for his struggles with the language and even the time he had spent on the golf courses.

Zidane insisted he meant no disrespect before Bale came on as a substitute in a midweek 3-2 friendly win over Arsenal, also in the United States.

"He had a good game and I'm happy for him," Zidane said at the time.

"I do not know what's going to happen, for now he's with us. It did not change anything," he added.

Bale's agent Jonathan Barnett has already insisted that any deal which sees the Welshman leave the Bernabeu would have to be a permanent one and not one that sees him shipped out on loan.

"There will be no makeshift deals to get him out of the club," said Barnett.

"Gareth is one of the best players on the planet. I can guarantee you he will not be going on loan to any club."

Real suffered a nightmare campaign last season, finishing third in the table and 19 points behind champions and bitter rivals Barcelona.

They were also knocked out of the Champions League by Ajax in the last 16 stage.

The Bale transfer saga is just the latest grim development for Real and Zidane.

Serbian starlet Luka Jovic hobbled off in the first half of the defeat to Atletico.

Zidane can only hope the news on his injury will be better than that of Marco Asensio, who could miss most if not all of the La Liga season after rupturing a knee ligament against Arsenal on Tuesday.