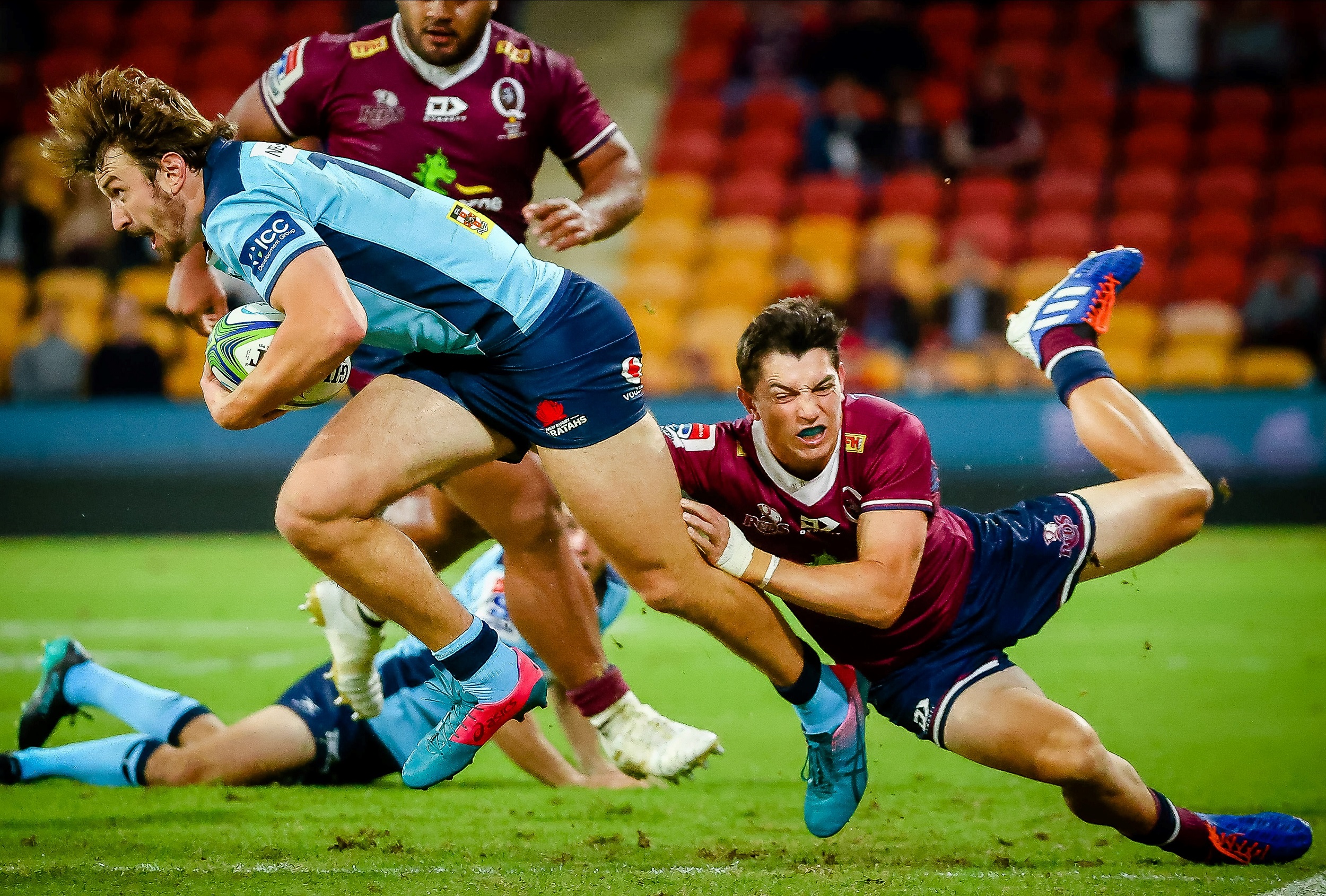 Waratahs' James Ramm (L) is tackled by Reds' Jock Campbell during the Super Rugby match at Suncorp Stadium in Brisbane.

Limited numbers of fans were allowed in Brisbane's Suncorp Stadium as the nation slowly reopens after the coronavirus pandemic, and they enjoyed a 32-26 nail-biter in the first live rugby in almost four months.

Brad Thorn's young team headed into the game without Izack Rodda, Harry Hockings and Isaac Lucas, who all left recently after refusing to accept a pay cut, but rose to the occasion in the four tries to two triumph.

They went to the break 19-13 ahead and despite the Waratahs fighting back, came out on top for their first win against their arch-rivals in 12 attempts.

"It feels brilliant, Credit to NSW, that was exactly what we expected, physical and in the end it was a huge contest," said Reds skipper Liam Wright.

"I think we can take away heart from this. We put a lot of passion into that performance, but also some stupid things that nearly cost us the game."

Officially named Super Rugby AU, the tournament, like its counterpart in New Zealand, is filling the gap left after the 15-team southern hemisphere club competition was halted because of the pandemic in March.

The ACT Brumbies, considered favourites, get their campaign underway on Saturday against the Melbourne Rebels while Perth's Western Force, who were axed from Super Rugby in 2017, return to the top-flight in round two.