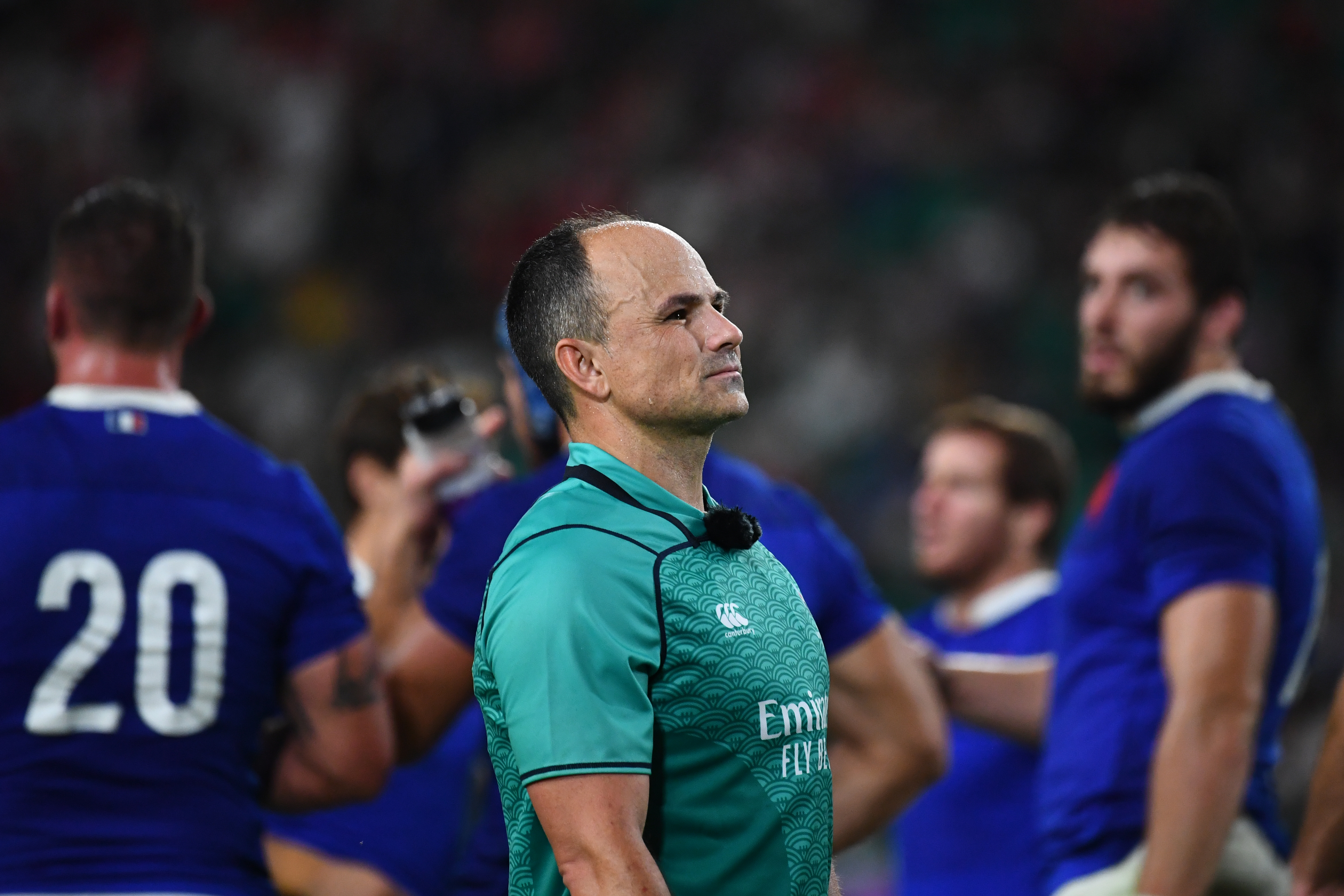 Referee Jaco Peyper looks on during the Japan 2019 Rugby World Cup quarter-final match between Wales and France at the Oita Stadium in Oita on October 20, 2019.

But the apology was not quite enough as World Rugby confirmed that the South African official was not considered for this weekend's semi-finals in Yokohama.

Peyper sparked anger after posing for a photo with Wales fans in which he appeared to mimic the elbow that led to Sebastien Vahaamahina's quarter-final red card.

The referee dismissed the French lock in Oita on Sunday after video replays showed him smashing his elbow into the face of Welsh flanker Aaron Wainwright early in the second half with France leading by nine points.

Vahaamahina's shocking rush of blood changed the course of the game, letting Wales hit back to win 20-19 and book their place in the last four, where they will face South Africa.

"World Rugby can confirm that the match officials selection committee did not consider Jaco Peyper for selection this weekend," rugby union's governing body said in a statement.

"Peyper recognises that a picture of him with Wales fans, which appeared on social media after the Wales versus France quarter-final, was inappropriate and he has apologised."

Jerome Garces of France will referee Sunday's Wales-South Africa clash, with England's Wayne Barnes and New Zealander Ben O'Keeffe as his assistants and Ben Skeen, also of New Zealand, as the TMO.

World Rugby said the selection was "based on merit after a review of performances by World Rugby's match officials selection committee".