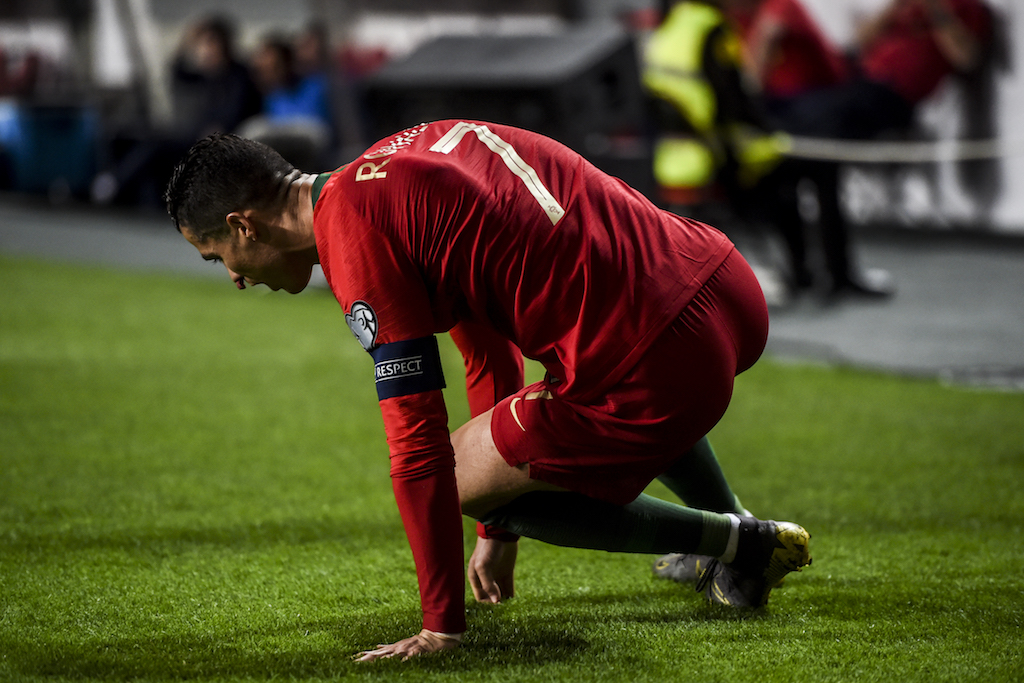 Christiano Ronaldo picked up a thigh strain while on international duty with Portugal last month.

AMSTERDAM - Cristiano Ronaldo has been passed fit to play for Juventus in their Champions League quarter-final first leg at Ajax Amsterdam on Wednesday, coach Massimiliano Allegri has told Sky Italia.

Ronaldo was rested by the Turin club after his sensational hat-trick against Atletico Madrid in the last round of the Champions League on March 12, but picked up a thigh strain while on international duty with Portugal last month.

Although Juve will be without defender Giorgio Chiellini and midfielder Emre Can, the return of Ronaldo will be a massive boost as they seek to end their 23-year wait to lift the Champions League trophy.

The 34-year-old is the all-time top scorer in Europe’s elite club competition and almost single-handedly dragged Juve into the last eight with his treble against Atletico in the last 16 after the Italians trailed 2-0 from the first leg.

"Unless something happens, Ronaldo will play," Allegri said. "It’s a pity not to have Chiellini and Emre Can, but the others are fine.

"Having Douglas Costa back is important, (Paulo) Dybala had a good training session this morning. (Daniele) Rugani will play at centre-back, it’s an important opportunity for him and we’re happy.

"The team is in good shape, we had some important days in training, as we can lay the foundations of qualification for the next round and then this weekend the opportunity to win the Scudetto (Serie A title) in Ferrara against SPAL."

After having been given a scare by Atletico in the last round, Allegri said his side will be more offensive in Amsterdam to ensure they get an away goal.

"Tomorrow we must play a more attacking and courageous game than with Atletico Madrid, because we cannot think of leaving here without a goal," he said.

"It’s not often that we see a turnaround of the likes we had against Atleti.

"Ajax knocked Real Madrid out, but also gave Bayern Munich problems in the group stage. It’s the first game of two and we’ll see what happens."

Ajax thrashed Real 4-1 away to reach the quaerter-finals 5-3 on aggregate having finished second in Group E behind Bayern who they held 1-1 in Munich before a 3-3 draw in Amsterdam.

Body of Tazne Van Wyk (8) has been found, suspect arrested