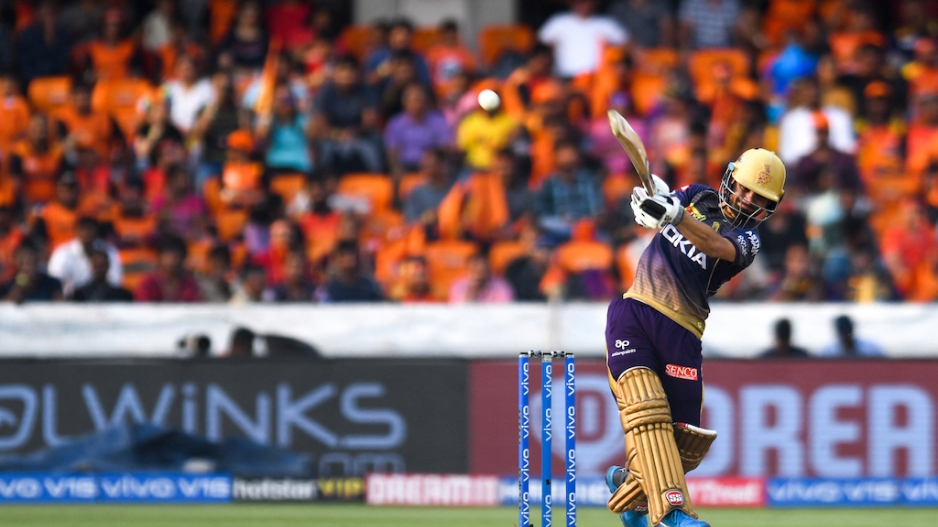 With Kolkata facing a sixth consecutive defeat, the pair came together in the 13th over and passed Rajasthan's total of 152-5 with five balls to spare to secure a seven-wicket win.

Rinku hammered 42 off 23 balls with six fours and a six while Rana clubbed three boundaries and two sixes in his slightly more measured 48 off 37 balls.

Rajasthan, who were put in to bat, got off to a slow start with tight initial spells by the Kolkata bowlers.

Padikkal's partner Jos Buttler fell to New Zealand's Tim Southee for a scratchy 22. The wayward Southee went for 46 from his four overs although he also picked up the wicket of Riyan Parag for 19.

Rajasthan captain Sanju Samson steadied the innings but struggled to accelerate, falling to Shivam Mavi for 54 from 49 balls, which included seven fours and a six.

West Indian Shimron Hetmyer thrashed two sixes in an unbeaten 27 from 13 balls to add gloss to the Rajasthan innings.

Both Kolkata openers -- Baba Indrajith (15) and Aaron Finch (4) -- fell early and Rajasthan looked on top before the middle-order set up a successful chase.

Kolkata skipper Shreyas Iyer made 34 before falling to New Zealand's Trent Boult, who gave away 25 runs in his four overs.

All of the Kolkata wickets fell to Rajasthan pacers as their two main spinners -- Ravichandran Ashwin and Yuzvendra Chahal -- went wicketless.

Rinku and Rana, however, played flawlessly and sealed the win in the final over.

Man-of-the-match Rinku said "there is pressure in the IPL that is not there much in first-class".

"It's been five years. I haven't been getting chances regularly. Feels good to contribute now," the 24-year-old added.

Kolkata coach Brendon McCullum said it was "no easy feat" to win after five consecutive losses.

"I know it's the first year for all the guys in this team but the guys have stuck really close and we could have easily been on the other side of two or three of those games," he added.