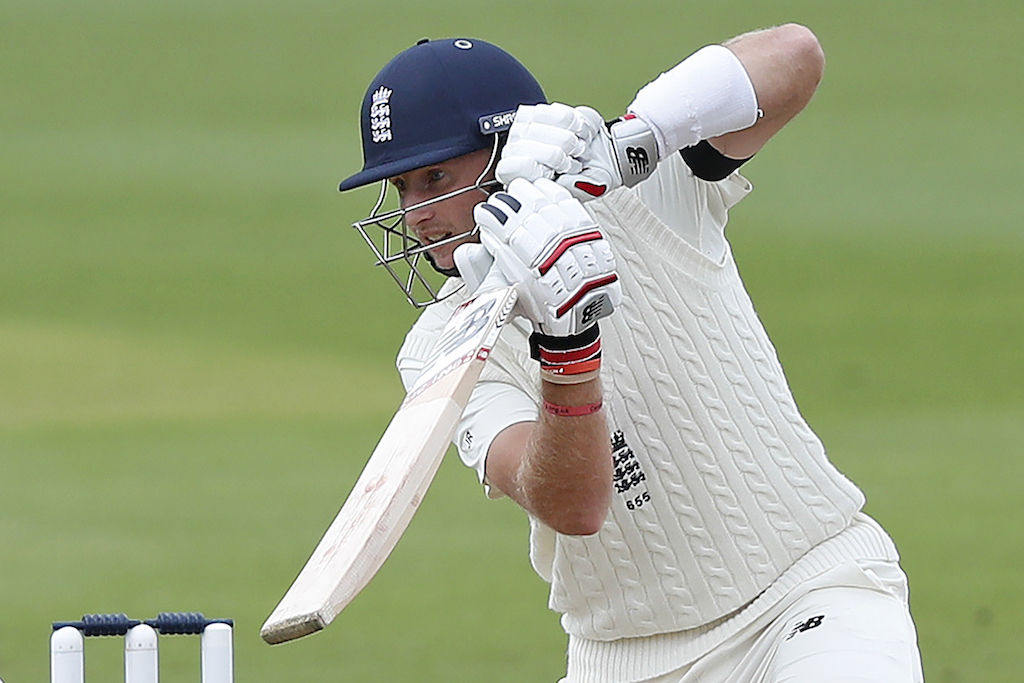 GALLE - England captain Joe Root on Saturday completed his fourth Test double century as his side tightened their stranglehold on the first Test against Sri Lanka.

Root hit a four off-spinner Lasith Embuldeniya to reach 200 off 291 balls including a six and 15 fours.

The Galle stadium was empty because of the coronavirus pandemic but the 30-year-old acknowledged the applause from his teammates in the pavilion as well as lone England fan Rob Lewis watching from a historic fort overlooking the ground.

Root added the required 32 runs to his overnight score in just under an hour of play on the third day as England moved to 382-7 - a first innings lead of 247 runs.

Root was on 207 with Jack Leach as his partner.

Dom Bess, still to score, was in with Root when he reached his milestone but soon became the third England batsman out in two overs.

Fast bowler Asitha Fernando took Jos Buttler (30) and Sam Curran (0) with successive balls. In the next over Root hit his landmark four off Embuldeniya but Bess was run out as the tourists suffered a bout of nerves.

It is the first time the England leader has reached three figures in a Test century since his 226 in New Zealand in November 2019.

Root also scored an unbeaten 200 against Sri Lanka at a Lord's Test in 2014. His career-high 254 came against Pakistan at Manchester in 2016.