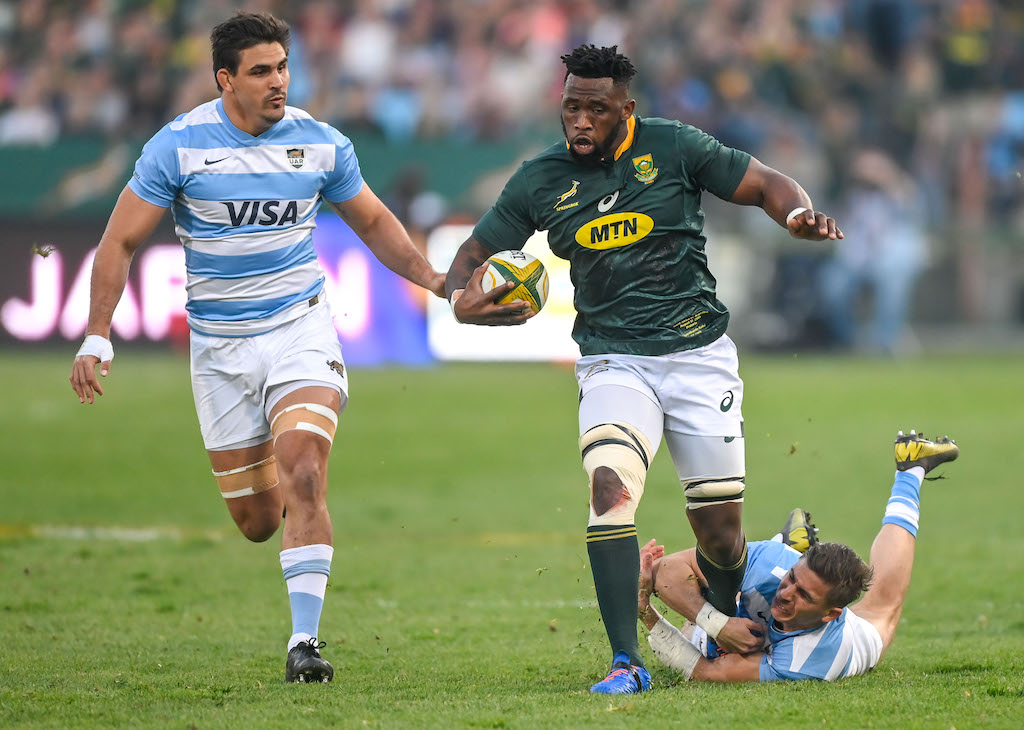 JOHANNESBURG - Rugby officials could announce this week whether the world champions Springboks will compete in the 2020 Rugby Championship in Australia.

Director of rugby and 2019 World Cup-winning coach Rassie Erasmus has told reporters he expects a decision by October 10 (Saturday).

Opinions are divided as to whether an inevitably underprepared squad should play, partly to boost the coffers of a national body sorely hit by the coronavirus pandemic.

"We are a long way off in terms of fitness and match readiness from where we were at the World Cup," Springboks captain Siya Kolisi admitted this week.

Rugby restarted in South Africa only two weekends ago after a six-month suspension due to the COVID-19 outbreak.

But SA Rugby desperately needs cash and reportedly could pocket R300-million by playing New Zealand, Australia and Argentina in a six-round championship.

"We have to take rugby considerations into account and also weigh up the potential commercial losses if we do not play," said national body chief executive Jurie Roux.

Here, AFP Sport outlines some of the reasons for and against South Africa boarding a jet to Sydney for the November 7-December 12 tournament.

SA Rugby had to slash R1.2-billion off the 2020 budget due to coronavirus and all six home Tests scheduled for this year have been cancelled, including the annual money-spinner against major drawcards New Zealand. Australian officials have said that the Rugby Championship costs and profits will be shared.

Squads of up to 46 players can be chosen, allowing Erasmus and new coach Jacques Nienaber a chance to test the depth of South African rugby.

Dare the Springboks go into a three-Test series against the star-stacked British and Irish Lions in mid-2021 without having played since beating England in the World Cup final in Japan last November? That is the stark reality if they opt-out of two Tests each against the All Blacks, Wallabies and Pumas.

Erasmus and Nienaber believe players need at least 500 minutes game-time before they can play Test rugby. Home-based Springboks cannot meet this target given their recent return to action and can play a maximum of two more matches before boarding an Australia-bound jet.

There are fears that the Springboks could be humiliated by New Zealand and Australia with memories of conceding 57 points in successive matches against the All Blacks in 2016 and 2017 still fresh. New Zealanders resumed playing in June and Australians in July, giving them a massive advantage over the world champions.

Former Springboks skipper Wynand Claassen believes strong domestic competitions will be adequate preparation for the local Springboks before the hugely anticipated eight-match Lions tour, with three times as many ticket applications from South Africans for the Tests in Soweto, Cape Town and Johannesburg as could be accommodated.