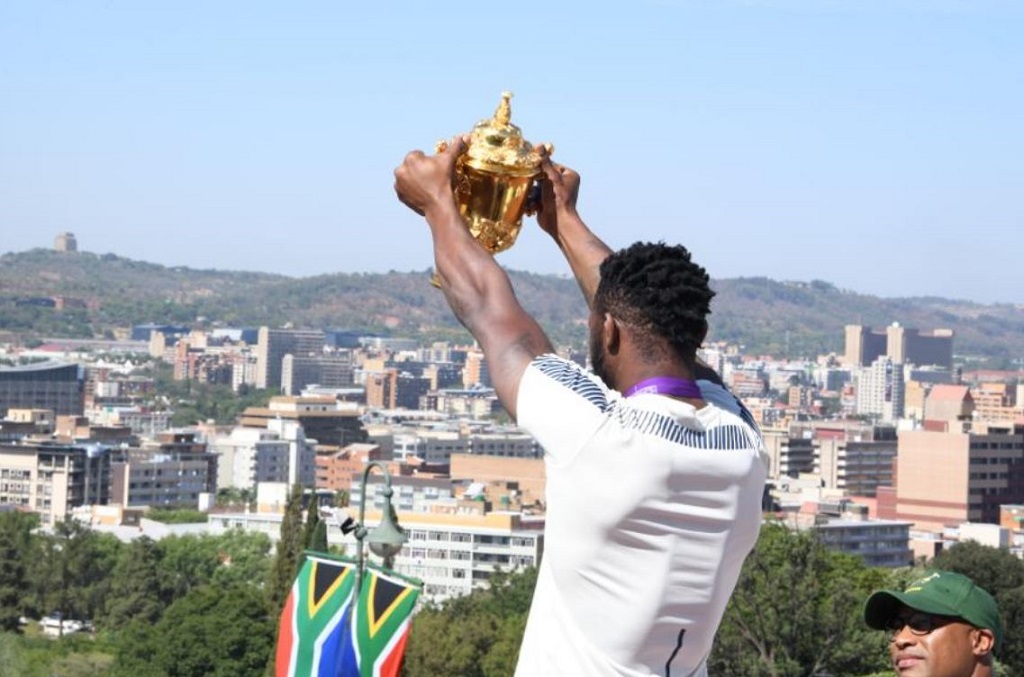 Faf de Klerk guided South Africa to World Cup glory in Japan, with the hosts setting the tournament alight with an unexpected run to the quarter-finals.

AFP Sport looks at some key moments of 2019: 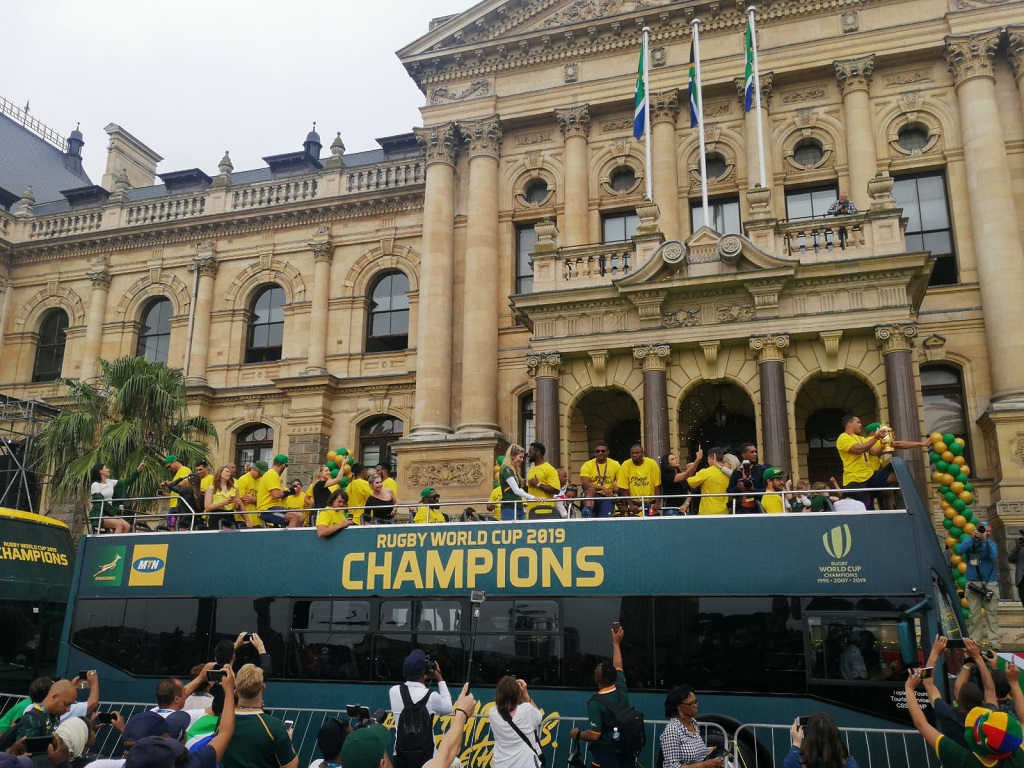 FILE: The Springboks delighted the 'Rainbow Nation' by overcoming an opening pool defeat by New Zealand to claim a third World Cup title after previous successes in 1995 and 2007.

Team of the year: South Africa

The Springboks delighted the 'Rainbow Nation' by overcoming an opening pool defeat by New Zealand to claim a third World Cup title after previous successes in 1995 and 2007.

Reinvigorated by coach Rassie Erasmus, a multi-cultural team led by the country's first black skipper, Siya Kolisi, beat Japan and Wales in the knock-out phase to set up a final against England, a game they won easily, 32-12, to claim the Webb Ellis trophy.

The Springboks' gameplan was not a tough one to work out: forward power and a crashball midfield alongside a solid kicking game to ensure maximum pressure on opponents. When they cracked, the playmakers set outstanding flying wingers Makazole Mapimpi and Cheslin Kolbe loose. 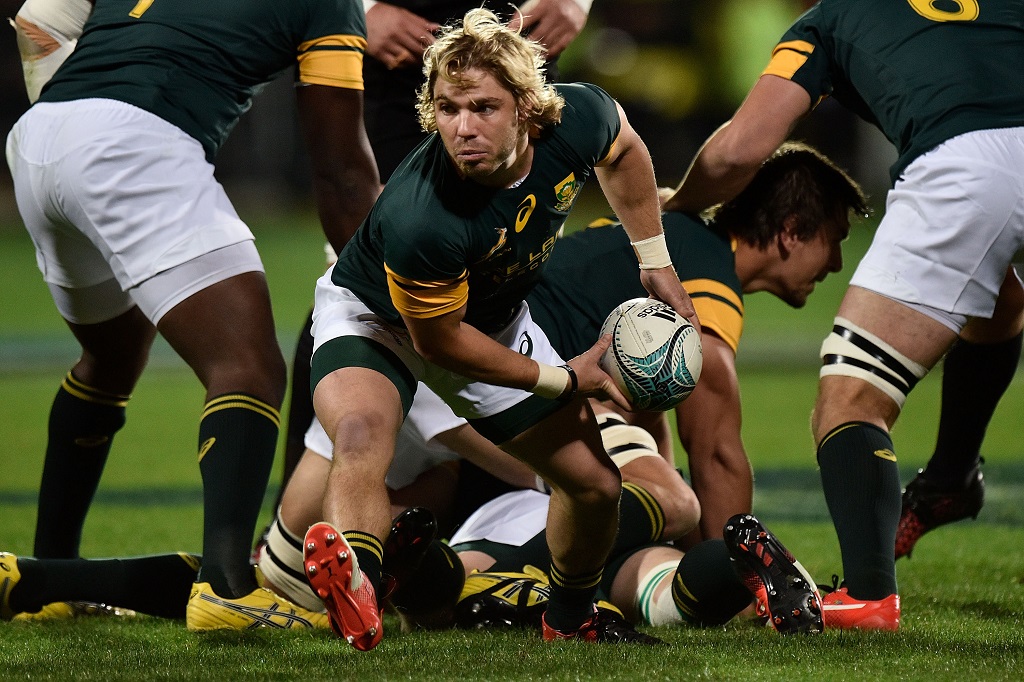 File: Faf De Klerk was the effervescent driver of a Bok team based around experienced No 8 Duane Vermeulen, fly-half Handre Pollard and prop Tendai 'Beast' Mtawarira.

A triumph for the smaller man in a game increasingly dominated by bigger athletes, De Klerk enjoyed a breakthrough year on the back of a move to English club Sale.

Teammate Pieter-Steph du Toit may have won the official World Rugby player-of-the-year award, but De Klerk was the effervescent driver of a Bok team based around experienced No 8 Duane Vermeulen, fly-half Handre Pollard and prop Tendai 'Beast' Mtawarira.

Instantly recognisable with his flowing blonde locks, De Klerk showcased his fine kicking game and also proved a real nuisance around the ruck area, a handful for any defence.

Standing only 5ft 7in (1.72m) tall and weighing 13st 12lb (88kg), he makes up for his lack of physical presence with bravery especially in defence and his confrontation with the massive Welsh lock Jake Ball was one of the images of the tournament. Another was the sight of him in Springbok underpants welcoming Prince Harry to the dressing room after the final. 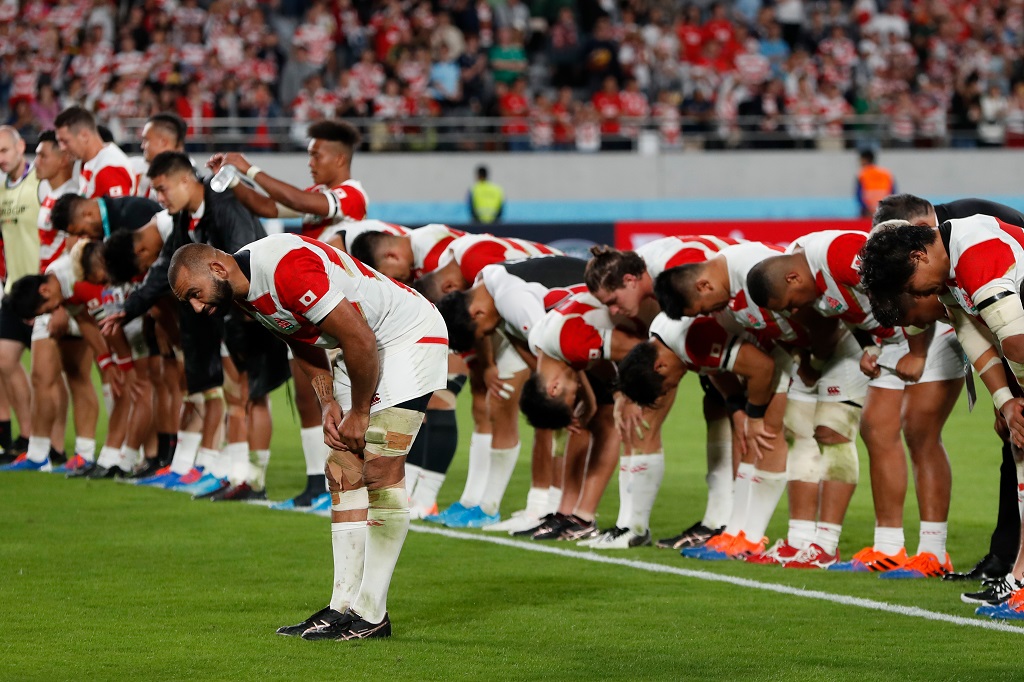 Japan's flanker Michael Leitch bows with his team to the crowd after losing the Japan 2019 Rugby World Cup quarter-final match between Japan and South Africa.

Revelation of the year: Japan

Having beaten the Springboks in Brighton in 2015, much was expected of Japan who also had the mixing blessings of being host nation.

They responded superbly with a stunning win over Ireland and then, with the nation in mourning over the deaths of more than 80 people at the hands of Typhoon Hagibis, they turned over Scotland to secure a place in the quarter-finals for the first time.

Beating South Africa again was beyond them, but their all-action game reopened the debate about whether Japan should join the southern hemisphere's Rugby Championship or even Europe's Six Nations. 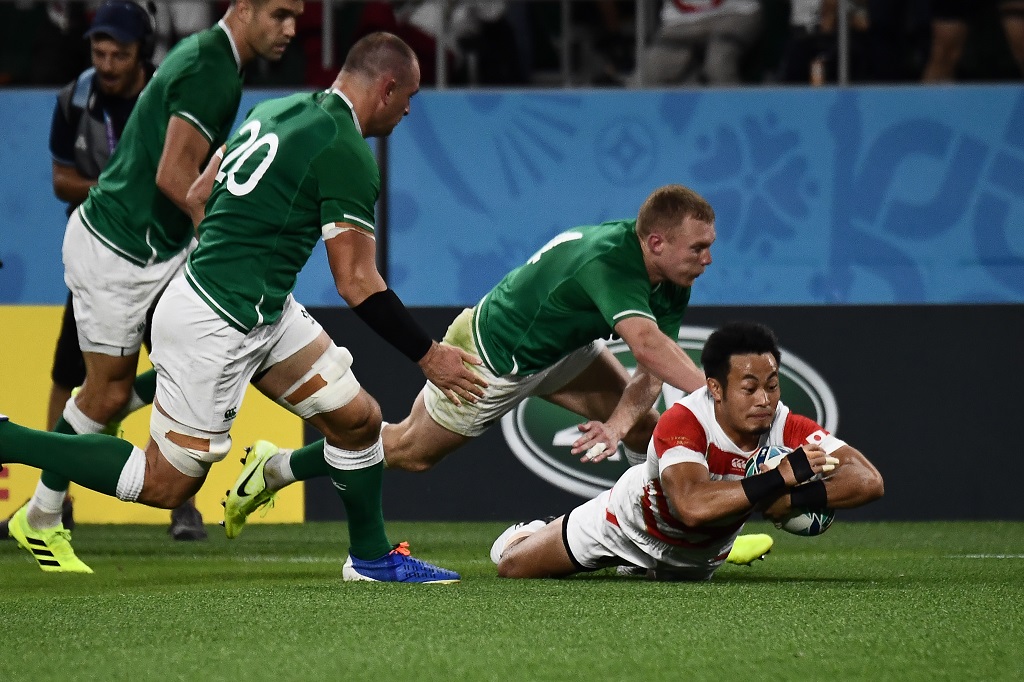 Japan's wing Kenki Fukuoka dives and scores a try during the Japan 2019 Rugby World Cup Pool A match between Japan and Ireland.

Try of the year: Kenki Fukuoka

Japan's run to the quarter-finals saw wingers Kotaro Matsushima and Kenki Fukuoka become household names, the pair running in a handful of tries.

While it was a simple finish for Fukuoka, his catch and grounding from a sweet Timothy Lafaele offload handed Japan a crucial 16-12 lead over Ireland, who had been World Rugby's number-one ranked team just weeks before.

The crowd in Shizuoka, chanting "Nippon! Nippon!", went wild as Fukuoka emerged from a mass of Japanese teammates, a try that sealed an invaluable victory for the host nation, just as their upset victory over the Boks in 2015 had caught attention.

Fiji won the inaugural rugby sevens tournament at the Rio Olympics, the image of their kneeling players receiving gold medals from Britain's Princess Anne becoming an iconic image of those Games.

The Fijians could only finish ninth in the World Rugby Sevens Series opener in Dubai before a run to the semi-finals in Cape Town last weekend, but will look to build up a head of steam going into what is expected to be a physically draining competition at a hot and humid Tokyo Olympics next year.

One thorn in their side could come in the shape of fleet-footed Bok winger Kolbe, whose lightning pace and insane ability to step defenders could flourish in the abbreviated game.