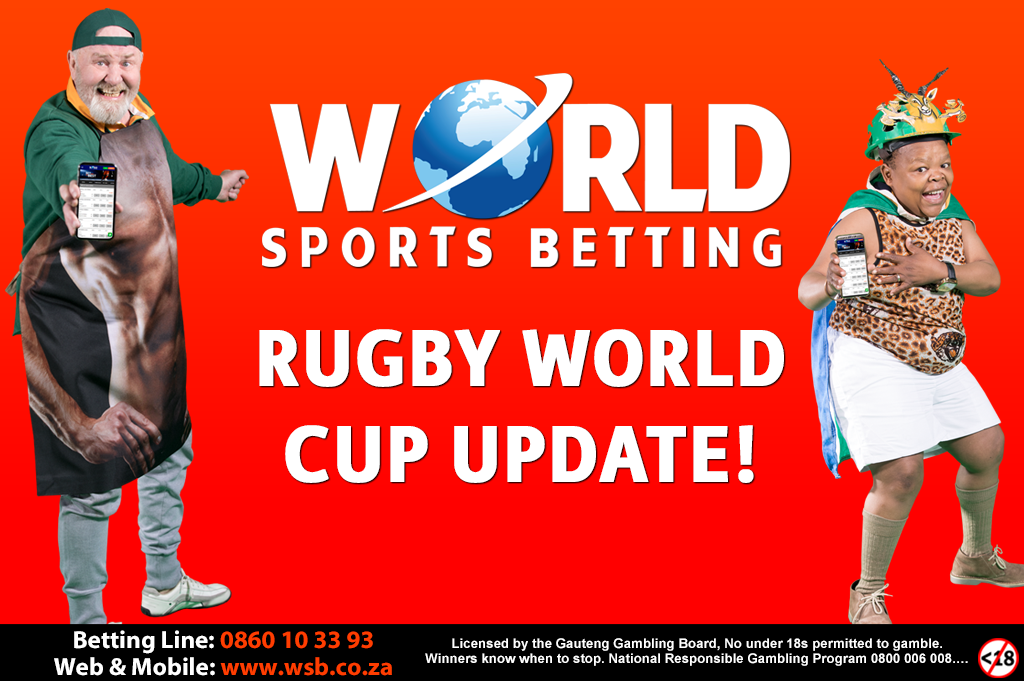 The squads are picked, the teams have all arrived and it is now well and truly time for the Rugby World Cup to begin. Japan all set to host the next installment of a tournament that gets rugby fans into a frenzy every four years.

It’s come to be expected that the All Backs find themselves at the top of the World Sports Betting boards and they are given a quote of 14/10 to do the business in a tournament they have managed to succeed in three times.

It will be pleasing to Springbok fans to find that their beloved team, brilliantly led by Siya Kolisi, are next best at 9/2 alongside England ho have been given the same price. From there on out the gap starts to widen with Ireland, now ranked as the world’s best side on the official rankings and Wales, quoted at 10/1. The world’s number one ranked team at 10/1? Not something you’d expect to see too often.

Australia are 15/1 and the perennial dark horses France, you never really know which side is turning up to these major events are 33/1 and Argentina, the whipping boys of the Rugby Championship are 66/1. Scotland are 80/1 while the hosts are 300/1.

OK, so there’s no such thing as a sure thing but you can tell that the likes of the USA, Canada, Russia, Uruguay and Namibia are the ultimate long shots to do the unlikely and lift the William Webb Ellis Trophy.

New Zealand a short-priced 1/3 to top proceedings in Pool B with the Springboks at a tempting 23/10 given the way they have performed of late. The two powerhouses meet in their opening fixture and the winner must surely be a shoo-in to top the group.

Take the favourite in each Pool in a multiple bet and get a return of just shy of 3/1.

As is always the case at the Rugby World Cup there is going to be an element of the Northern Hemisphere versus the Southern Hemisphere and which will be the dominant force at the end of the tournament.

You can get 5/10 on a Rugby Championship side to win the World Cup and 15/10 on siding with the teams in the North.

A quick look at the player markets and you can get 15/2 on Sevu Reece and Rieko Ioane on being the tournament’s top tryscorers. 10/1 on Jonny May or Jacob Stockdale to achieve the feat while South Africa’s Cheslin Kolbe and Sibusiso Nkosi are at 12/1 and 14/1 respectively.

As it stands, Owen Farrell is favoured to be the top points scorer for the tournament at 69/20, Handre Pollard is next best at 9/2 and New Zealand’s Beauden Barrett is at 7/1. Pollard came close at the previous tournament when securing 93 points to end the tournament in second on the points scorer table as the Springboks ended in third place.

Fixtures to look forward to in the opening days of the tournament:

May the best team win and happy punting!