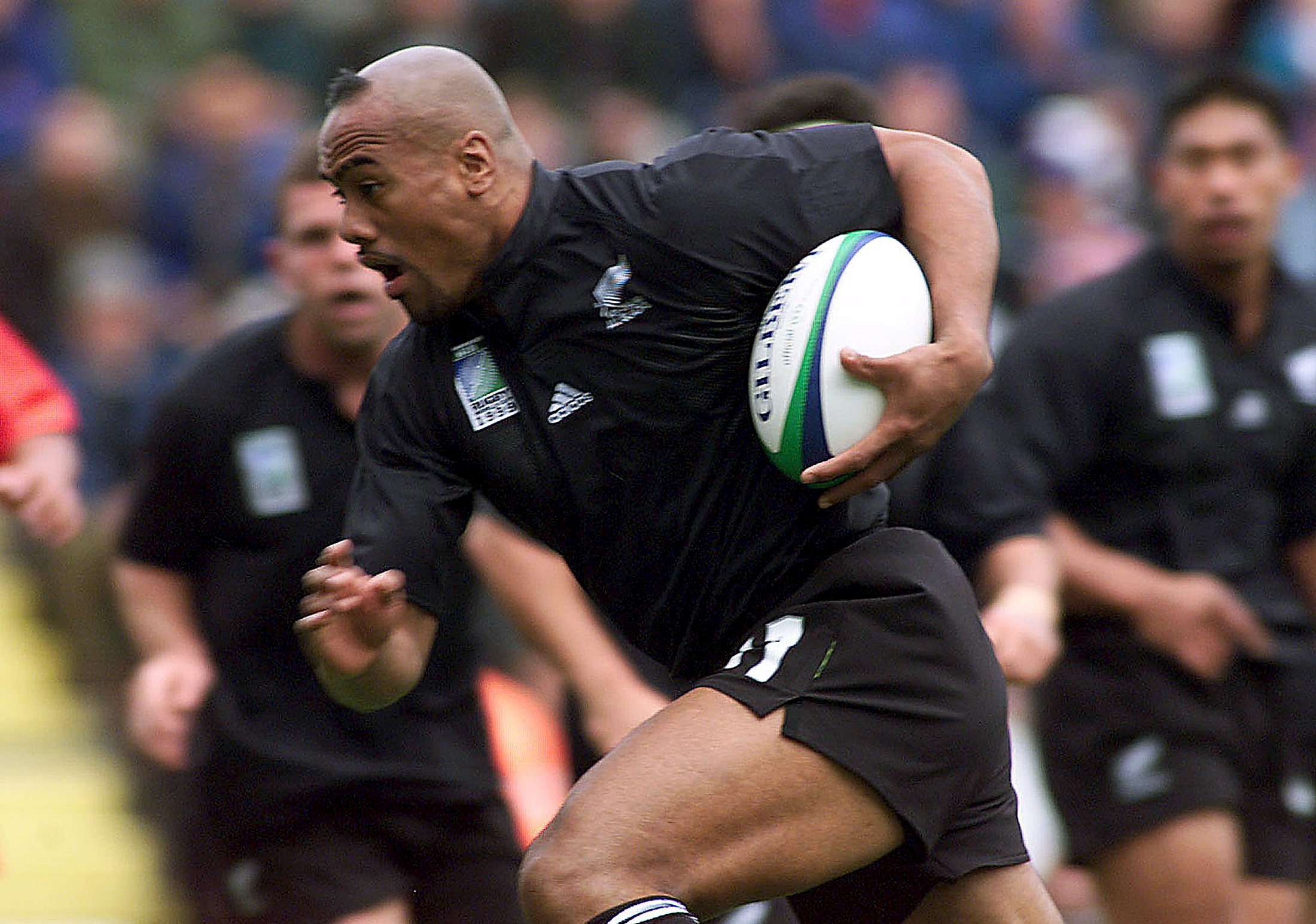 All Blacks great Jonah Lomu, rugby union's first global superstar, has died at the age of 40.

AUCKLAND - Rugby great Jonah Lomu, the game&39;s first global superstar whose speed and power terrorised opponents, died unexpectedly on Wednesday aged 40 with tributes pouring in for "a legend of the game".

Lomu had for decades battled the kidney disease that ended his playing career, but close acquaintances said his death still came as a shock.

He passed away suddenly at his Auckland home, family spokesman John Mayhew said.

"It was totally unexpected, Jonah and his family arrived back from the UK last night and he suddenly died this morning," Mayhew told TV3.

Mayhew, a former medic with the All Blacks, revealed Lomu&39;s family were "going through a terrible time" before he broke down in tears.

NZR chief executive Steve Tew said: "We&39;re all shocked and deeply saddened at the sudden death of Jonah Lomu. Jonah was a legend of our game and loved by his many fans both here and around the world."

New Zealand Prime Minister John Key also paid tribute, saying: "The thoughts of the entire country are with his family."

"(He)was a game changer whenever he stepped onto the field," he added.

He rose to stardom at the 1995 Rugby World Cup, creating a new template for wingers which combined the speed of a backline player with the raw power of a forward.

Lomu scored seven tries in four matches at the tournament, including four in the semi-final against England.

Lomu was diagnosed in late 1995 with the rare kidney disorder nephrotic syndrome, which eventually cut short his international career.

He was inducted into the World Rugby Hall of Fame in 2011, with rugby&39;s governing body saying he had left an indelible mark on the Rugby World Cup.

World Rugby chairman Bernard Lapasset said in a 2013 documentary that Lomu revolutionised the sport at a key juncture when the game was turning professional.

"He was rugby&39;s first professional star at a time when the sport needed media coverage and recognition from sponsors," he said.

"The conjunction of the way rugby was going pro and the way Jonah Lomu exploded on the scene was perfect for the game&39;s future."

Former Wallaby Tim Horan said Lomu&39;s status in the game never went to his head and he was the first to walk into the dressing room to shake an opponent&39;s hand.

Lomu remained one of the world&39;s most recognised and adored rugby players even 13 years after his retirement.

"He was one of those rare superstar players that transcended rugby," South Africa, New Zealand and Australia Rugby boss Brendan Morris said.

"He quickly became a household name around the world with his power and skill, inspiring a generation of athletes."

Before his death, Lomu had been in Britain for promotional work linked to the recently completed World Cup, won by his beloved All Blacks.

In public appearances he looked healthy, joking with fans and leading a rousing rendition of the haka in London&39;s Covent Garden.

"He looked the best I&39;ve seen him in many years... he just had that sparkle and that look of life in his face... I&39;m totally shocked," Australian great George Gregan said.

Lomu is survived by his wife Nadene and sons Brayley and Dhyreille.

Deeply saddened to hear of Jonah Lomu’s unexpected passing this morning. The thoughts of the entire country are with his family.

I am so, so devastated to hear of the passing away of @JONAHTALILOMU The greatest superstar and just a fabulous human being. Deeply saddened

Rip Jonah...You inspired a generation of rugby players around the world. Thank you for so much ! @JONAHTALILOMU greatman legend