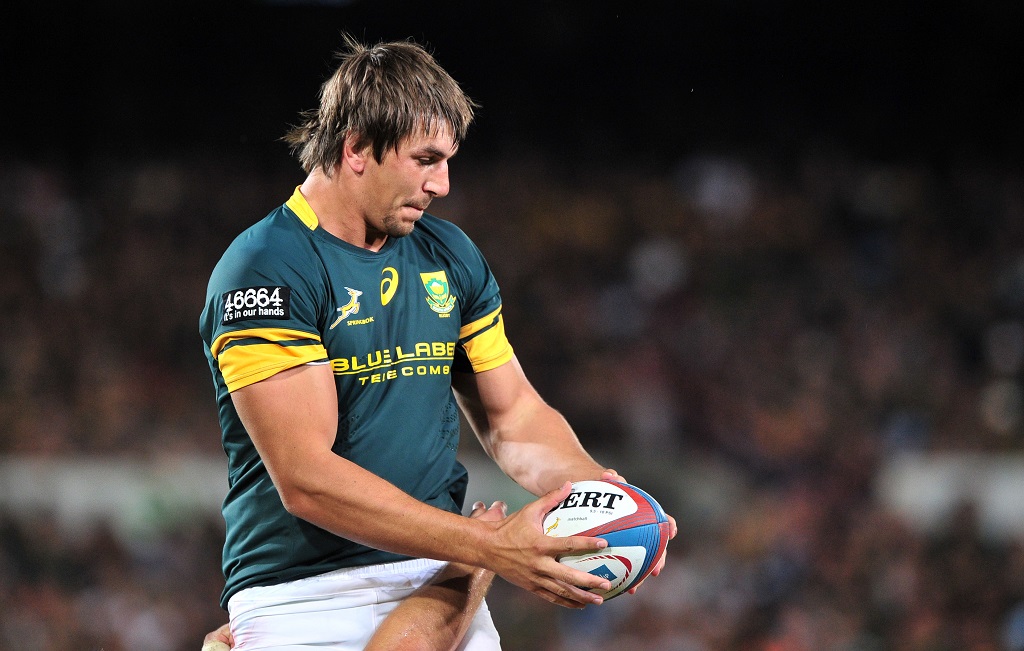 Eben Etzebeth of South Africa take the line out ball during the 2016 Castle Lager Rugby Championship game between South Africa and Australia at Loftus Versveld, Pretoria on 1 October 2016

LONDON – Springbok lock Eben Etzebeth may have unwittingly again pricked the interest of Aviva Premiership clubs during a media interview at a press conference earlier this week in London.

Just over two weeks ago Aviva Premiership pace-setters, Saracens held out high hopes of signing the Springbok lock Etzebeth on a three-month contract in an effort to ease their second-row injury crisis. However, reports in the English media say Saracens were put off by the player’s wage demands.

On Wednesday, Etzebeth told the rugby media that he was undecided about a short-term stint in England although he would not entertain discussion on the matter ahead of the Springboks’ international friendly against the Barbarians at Wembley Stadium in London on Saturday.

“I’m focusing on Saturday’s game against the Barbarians and then the end-of-the-year tour. After that, nothing is pen on paper or certain,” he said.

“I’m loving being here in England and the weather is better than I thought.

“I’m also off to the Arsenal on Sunday – I’m a big Arsenal fan so I’m looking forward to the derby [against Tottenham Hotspur at Emirates Stadium].

“Saturday will be my first time playing at Wembley and I’m excited about that.”

It is likely that Etzebeth will make a call on a stint in England only when the Springbok tour ends with a Test against Wales at the Millennium Stadium at the end of this month.

Latest reports say that bottom-of-the-log club Bristol are keen to acquire Etzebeth’s services and if the move materialises he will be reunited with the former Western Province duo Nick Fenton-Wells and Nick Kster.