Joost: The legacy of a champion 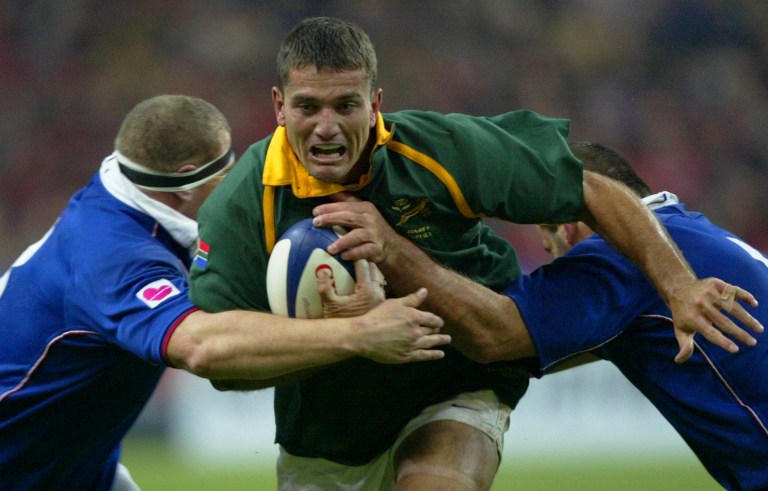 JOHANNESBURG – Characterised as ultra-competitive and tenacious as a scrum-half, Joost van der Westhuizen’s legendary rugby career will not soon be forgotten.

Standing at 1,85m tall, he without doubt changed the scrumhalf position and made it his own in every way.

His ability to stay low to the ground and find gaps in opposition defences is unparalleled and he deserves being hailed as the best scrum-half in SA Rugby history.

Joost donned the green and gold 89 times for South Africa throughout his career and famously played vital role in the Springboks 1995 World Cup win. He managed to tame the beast that was Jonah Lomu and made the pass that enabled Springbok flyhalf Joel Stransky to execute a perfect drop goal to win the game, all at the tender age of 24 and having done so nursing a broken a rib sustained in the semifinal against France in Durban.

Joost epitomised tenacity, which is what many fans and fellow teammates of the former Bok remember fondly and most notably.

For a scrum half to have, at a time, held the Springbok try-scoring record of 38 tries, is a marvel on its own.

Joost's self-belief made him stand out as a superstar try-scoring sniper and a fearless defender.

After his stellar Currie Cup 98 performance, Joost was rewarded with the Springbok captaincy by Nick Mallet as the Springboks prepared the World Cup defence in 1999, taking over from Rassie Erasmus.

Joost made his impressions felt as a leader to be respected as he guided the Springboks to third place at the 1999 Rugby World Cup.

A question as to why Joost didn’t become the first Bok to accumulate 100 test caps, haunted the former Springbok number 9 well into his retirement after his 2003 Rugby World Cup campaign under head coach Rudolf Straeuli in Australia.

In an interview in 2012, a year after it was announced that he had been diagnosed with motor neurone disease (MND), Joost revealed that he had been dropped from the Springbok starting 15 for six tests under Nick Mallet, after an unnamed player preferred Werner Swanepoel at scrum-half over Joost.

Despite not making the 100 cup milestone, Joost was inducted into The International Rugby Hall of Fame (IRHOF) in 2007.

The rugby legend formed The Joost van der Westhuizen Foundation in 2011 in aid of those suffering from the same form of fatal illnesses that he was diagnosed with.

According to the foundation, the J9 logo is a symbol of willingness to strive forward and never give in, no matter how difficult life is.

The J9 Foundation is Joost’s Legacy to South Africa and to everyone who watched him around the world.