The rise of Los Pumas 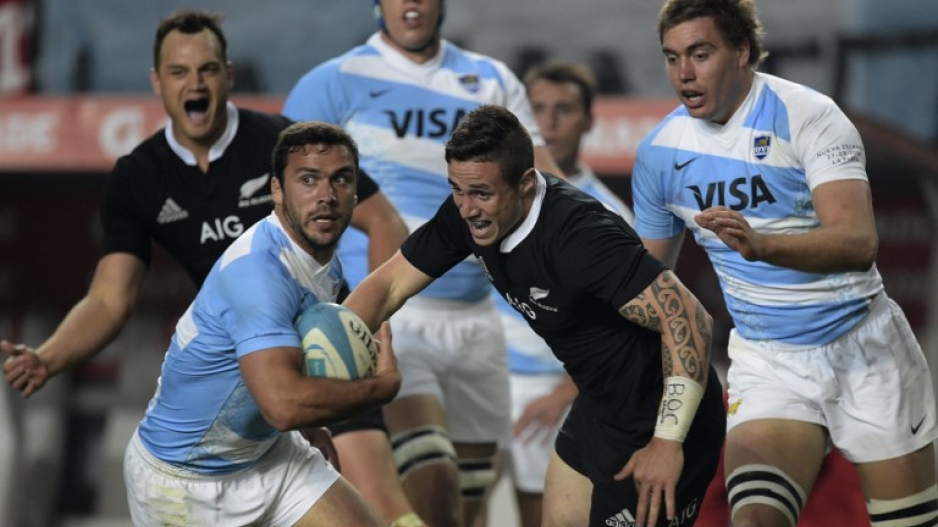 Argentina's Los Pumas' scrum half Martin Landajo (L) runs through a tackle by New Zealand's All Blacks' scrum half TJ Perenara during the Rugby Championship fifth round match.

JOHANNESBURG – Argentinean rugby needs no more tears. The beloved underdogs of rugby in the southern hemisphere have without doubt finally earned the respect they deserve.
Argentina, ranked 8th in the world, have scratched, scraped and given more than their fair share of blood sweat and tears over the past 10 years and to say that this will be the time for the Pumas to enjoy the fruits of their labour, would be no mistake.
The days of Argentina just being around to add colour and make up the numbers are over.
Today they take on the All Blacks whom the Pumas have not beaten in all of 20 test meetings with the tanned army.
Apart from a draw between the two nations back in 1985 New Zealand have pretty much had their way with the Argentine Pumas over the passing years.
Although it’s fair to say that every country in the rugby fraternity have had their hides hung out to dry by the All Blacks at least once.

The Pumas won their last rugby championship encounter with Australia last year in Mendoza and are now hoping to pick up where they left off.
The announcement last year that Argentina will compete in Super Rugby next year should add a rejuvenated sense of spirit to the Argentina camp as many players involved in this year’s edition of the rugby championship have already signed deals to stay in Argentina and help galvanise the game at home, rather than take their talents to the more lucrative European rugby leagues.
The Pumas have the perfect chance to blood their young cubs against world class opposition that come in the form of New Zealand.
A good showing at this year’s championship from the younger players would make the upcoming World Cup a much easier deal for head coach Daniel Hourcade as the players would be perfectly moulded to cope with the immense pressures that come with the world event.
Players such as No 8 Facundo Isa, lock Guido Petti and winger Santiago Cordero who are to make their debuts for Argentina are perfectly positioned to take the game directly to the All Blacks with a ruthlessly aggressive "nothing to lose" attitude as they will only benefit from the experience.