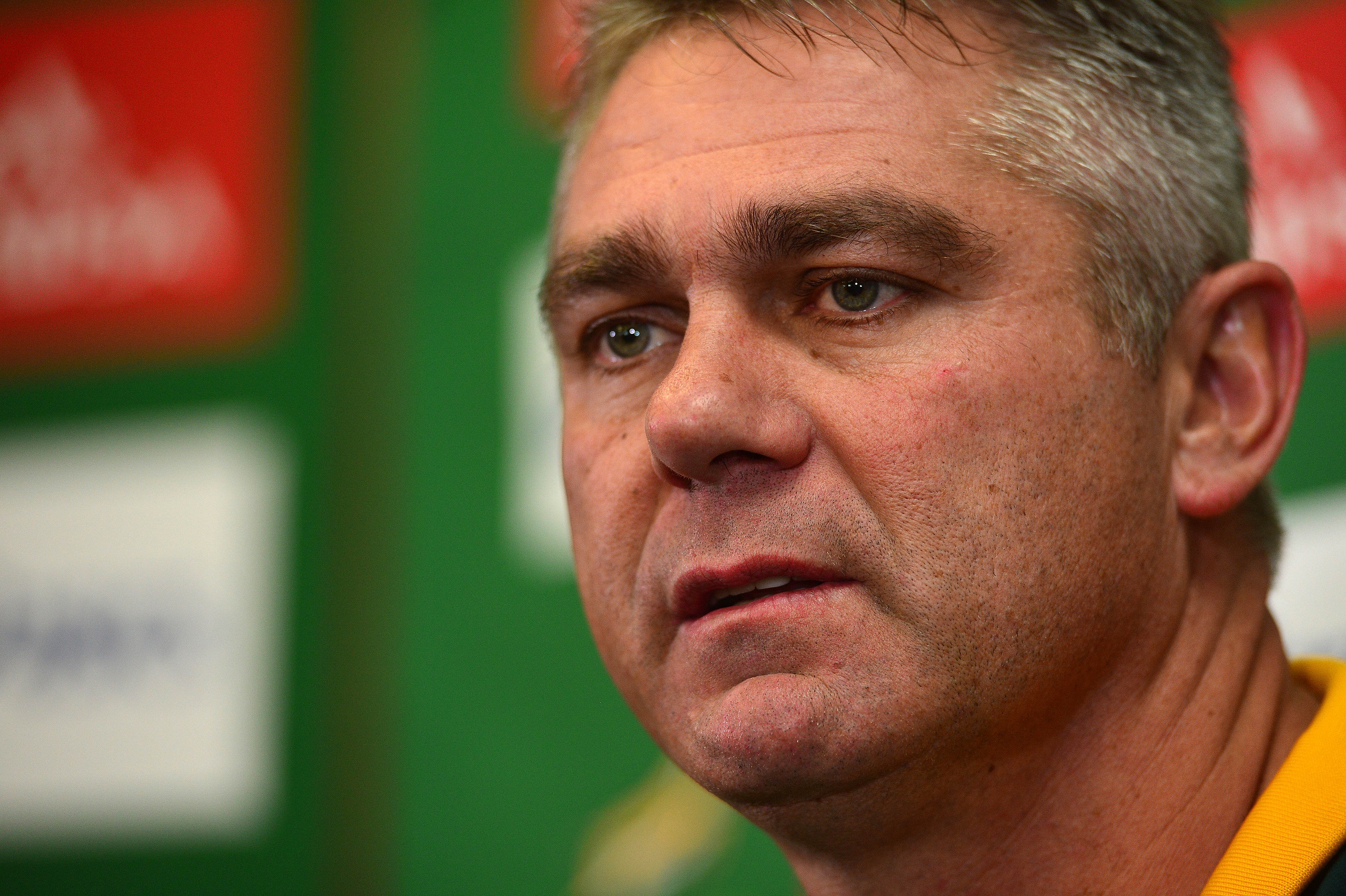 Springbok's coach Heyneke Meyer has a conundrum over the crucial number 10 position.

LONDON - Heyneke Meyer apologised to his country for what he said was an "unacceptable" performance by the Springboks as they lost to Japan on Saturday in the biggest upset in Rugby World Cup history.

Speaking to reporters after the Pool B match at Brighton Community Stadium, Meyer said: "I have to apologise to the nation. It was just not good enough. It was unacceptable and I take full responsibility."

Meyer was left to rue his team&39;s ill-discipline in an encounter strewn with penalties.

"Every time we got playing we scored tries, but our discipline was just not good enough. You can&39;t give away soft penalties. There are no easy games in this competition."

South Africa scrumhalf Fourie du Preez, who plays his club rugby in Japan, described the result as the low point of his career and said the Springboks had been "outsmarted".

"I&39;ve been playing there for four years, so I knew what was coming. I tried to let the guys know during the week that they are a proper nation.

"They were probably just better prepared than us, they had a lot of focus areas where they targeted us. They just outsmarted us."

"There is still a possibility to make it out of the group and we need to win every game we have left, but it is hugely disappointing," he said.

"The character of this side will be tested. It is not doom and gloom but a massive dent to us."

The initial reaction from South Africans back home was one of shock. Once digested, the result will likely open up the debate over the make-up of the squad, with many black South Africans unhappy at what they feel is a lack of representation in the team.

South Africa&39;s outspoken minister of sport Fikile Mbalula, who once famously called the national soccer team a "bunch of losers", continued to offer his support.

"Soldiers never throw away and give in - they pick up and soldier on. The nation is still fully behind the Springboks," he said.

"Calls for me to declare our team with &39;that&39; tag are premature. First fight and you make declarations we are fighters."

"Speechless! Well done Japan. A great rugby lesson for Bok management. Rugby is not about size and power - skill was victorious," he said via Twitter.

Ex-Bok coach Nick Mallett, who took the country to third in 1999, says both teams surprised him.

"I didn&39;t expect South Africa to be as impotent as they were and I certainly did not expect Japan to have the cutting edge that they had," he told SuperSport.

"There was some poor rugby from South Africa today, but there were lots of things Japan got right. Their speed off the line was exceptional, they managed to tackle the big ball carriers. There was never a point where they gave up hope in this match."

But perhaps the nation&39;s feelings are best summed up by a non-South African, as Harry Potter author JK Rowling offered just four words.