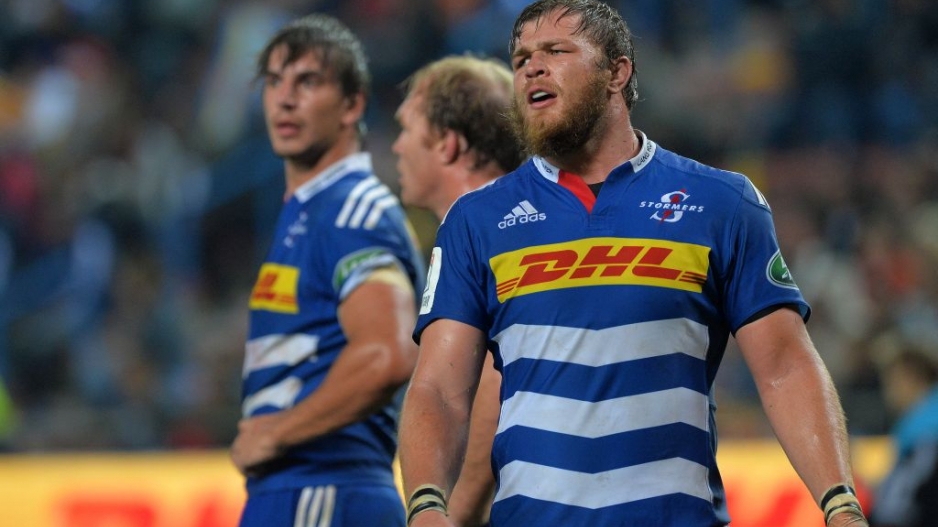 Duane Vermeulen of The Stormers during the 2015 Super Rugby Match between The Stormers and the Rebels at Newlands Stadium, Cape Town on 23 May 2015.

JOHANNESBURG - Stormers captain Duane Vermeulen met with Director of Rugby Gert Smal on Monday to sort out the events that transpired in France last week.

The Springbok, who is leaving for Toulon after the Rugby World Cup, had his news broken by the French side in a shock to the Capetonian side.

"Vermeulen visited Top 14 club Toulon late last week and was unveiled to the local media as their new signing - a move which certainly caught Western Province Rugby by surprise," read a statement from the franchise.

"I was extremely disappointed in Duane&39;s actions. He is a senior and respected player in our squad and, most importantly, he is our captain," said Smal.

Not only did he let his teammates down in a very important game week, but he let down his coaches, the union, our stakeholders and, crucially, our supporters too.

"I had a sit down with Duane this morning and he knows in no uncertain terms that his actions were not acceptable - it is not something we will ever condone at Western Province Rugby.

"But I have accepted Duane&39;s side of the story and his apology too. He will be addressing his teammates and management tomorrow, to apologise to the entire DHL Stormers squad, and he will also be disciplined internally by us."

Vermeulen said: "I was initially meant to undergo a medical at Toulon and return to Cape Town by Saturday morning to undergo a final medical check in the case of the Stormers progressing to the Super Rugby semi-finals.

"When I arrived in France, however, I found myself in the middle of an unexpected press conference, which, it turns out, was to be my unveiling to the local media - despite there being a confidentially clause surrounding my move. This is certainly something that I will be taking up with my agent.

"However, all that said and done it still does not excuse my actions. I did not go through the necessary channels to clear this trip with the powers that be at Western Province and for that I would like to apologise profusely.

"Not only did I let my teammates down in what was a huge week for them, but I let down the management and coaches, the union and our proud supporters," added Vermeulen.

"It certainly wasn&39;t my intention to cause a furore of any sort, when all the focus should have been on our match against the Brumbies, and for that I would like to apologise to everyone who might have felt let down by my actions."