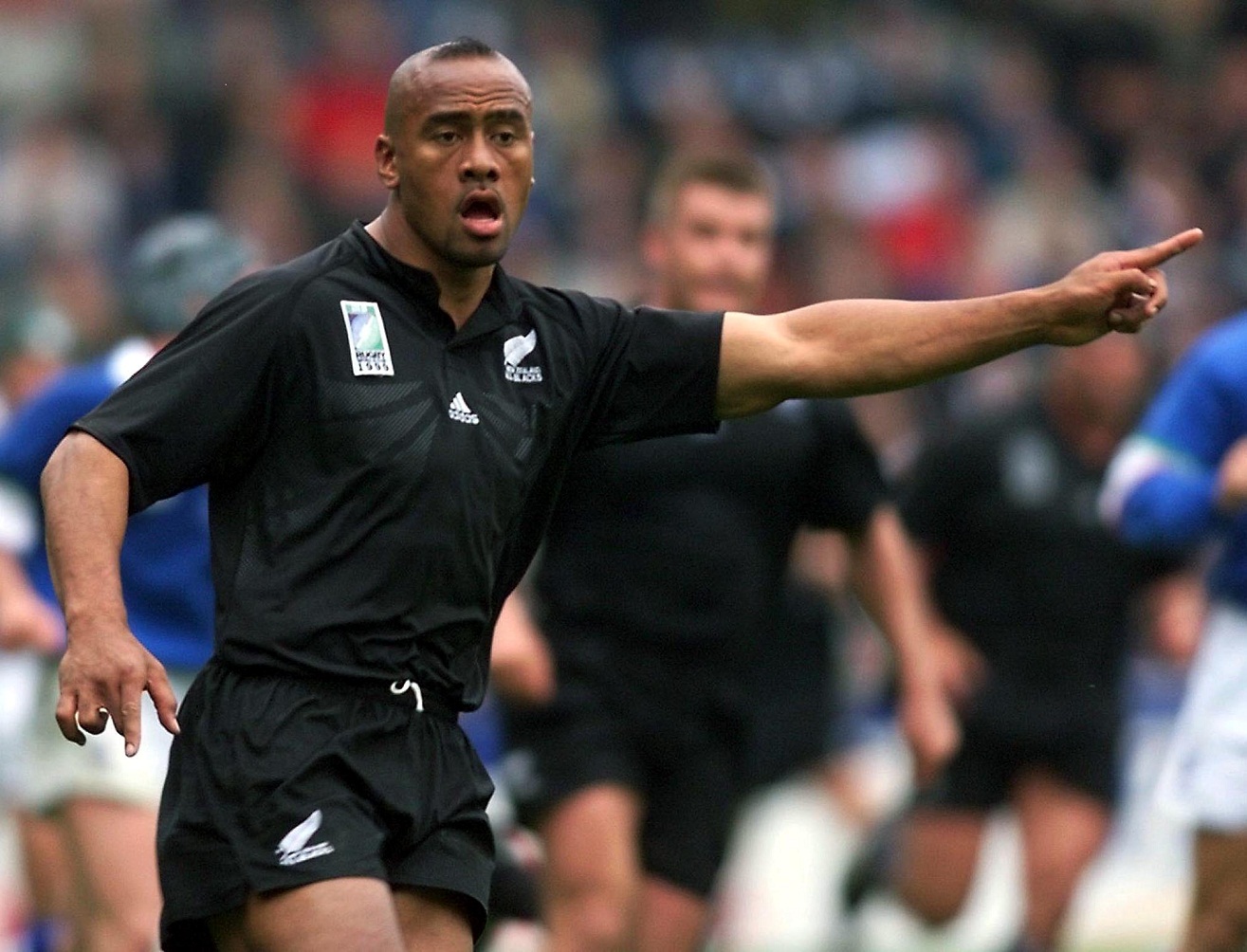 Rugby Legend Jonah Lomu, back then New Zealand All Black winger, giving some instructions during their first-round for the Rugby World Cup match between New Zealand and Italy at McAlpine Stadium in Huddersfield, Britain.

The former All Blacks winger passed away on Wednesday after a long battle with a rare kidney disease, the same illness that cut short his professional rugby career.

Lomu was diagnosed with the disease in 1995.

The 40-year-old is regarded by many as rugby’s first global superstar.

Difficult to write with eyes full of tears on my eye tracker. Thank you for EVERYTHING Jonah. RIP my dear friend!

Williams said he last saw Lomu at the recently concluded 2015 Rugby World Cup in England, which New Zealand won and that his former rival had looked in good spirits.

“It was devastating waking up to the news that Jonah Lomu had died, he was still relatively very young,” said the 1995 World Cup winner.

“We are all mourning his death.”

Lomu was the superstar of the 1995 World Cup hosted in South Africa. The All Blacks were favourites to win the tournament with Lomu on their side.

(Springbok lock Kobus Wiese (C) loses the ball as he is brought down by New Zealand&39;s Robin Brooke (R) as New Zealand winger Jonah Lomu (C, up) looks on during the Rugby World Cup 95 at Ellis Park in Johannesburg 24 June 1995. AFP/Jean-Pierre Muller)

He had scored seven tries in five matches at the tournament, including four against England in the semi-final, where he famously ran straight over England backline player Mike Catt.

His big physical body structure and speed made him a player that most opponents feared.

His on field fearlessness was matched by his off field humility. So sad… https://t.co/NMa4ZSBhu5

Williams, who started the 1995 final on the opposite wing to that of Lomu, said that he was more excited than scared to square off against the Kiwi beast.

“He was a fearsome player, one of the greatest players of all time,” said Williams.

“I was more excited to play against him than to be intimidated. It was an honour coming up against him because he was one of the best and that is how you test yourself as a sportsman.

“We knew that if he had the ball, he would be dangerous. We had to close him down or make sure he doesn’t receive the ball otherwise he would be over the white line in a flash.”

Williams says that Lomu’s on-field exploits were a complete contrast of the man he was off the field.

“He was this big physical man on the field who would run you over, but off the field he was this gentle giant.

“He never said much.”

You were the ultimate legend of rugby. The ultimate player on the field & the gentle giant off the field. My condolences to his family. RIP

He is survived by his wife Nadene and sons Brayley and Dhyreille.

One of the greatest rugby legends of all time! RIPJonah https://t.co/gy84gWxfIM

* Click on the above video in the image gallery for a tribute to Jonah Lomu by former Springbok player Joel Stransky.