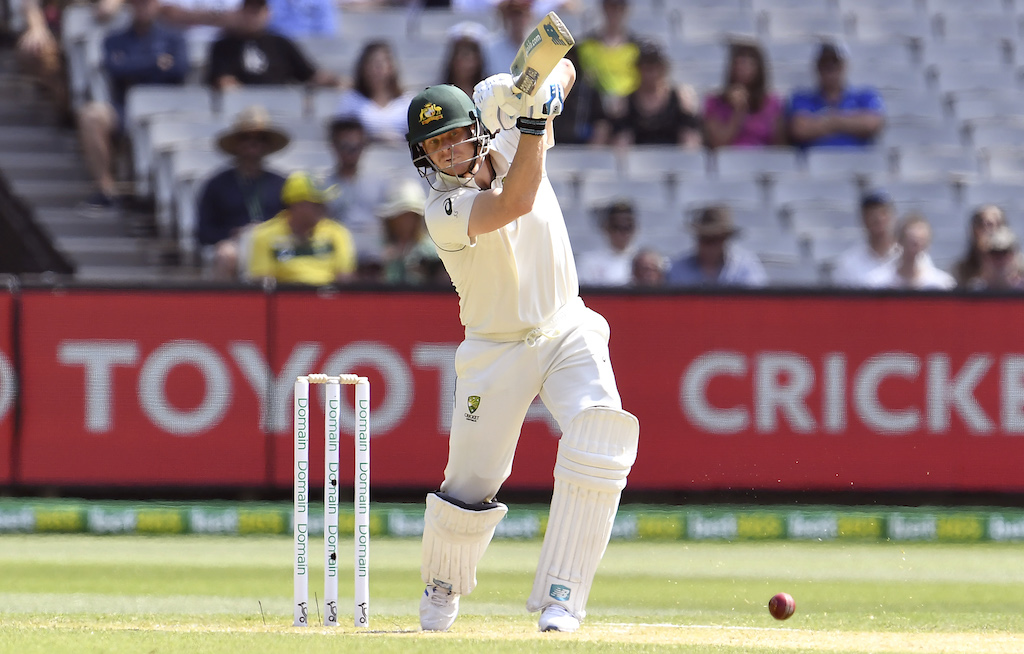 Steve Smith admitted he was unhappy with his recent displays for Rajasthan Royals in the Indian Premier League, saying "I never really got into a good rhythm". AFP/William West

SYDNEY - Australia's Steve Smith warned India that his game had finally "clicked" and he was ready to justify his ranking as the world's top Test batsman.

Smith admitted he was unhappy with his recent displays for Rajasthan Royals in the Indian Premier League, saying "I never really got into a good rhythm".

But he believed something changed this week as he prepared for the upcoming series against India, which starts with a one-day international in Sydney on Friday.

"Over the last few days I've sort of found my hands, which I'm extremely excited about," he told reporters on a conference call.

"It's taken me about three or four months to do it but I've found them now which is pleasing."

The 31-year-old said it was difficult to define what was different, but it left him "with a big smile on my face" and eager to hit the practice nets.

"It's getting that feel, the look of the bat, getting the toe the right way, the way my hands come up on the bat," he said.

"It's hard to explain but it hasn't been right up until about two days ago, then something sort of clicked in."

While there is a perception Smith is vulnerable to short-pitched deliveries, he was unfazed at the prospect of India's bowling attack peppering him with bouncers.

"It's a kind of flattery in a way, if that's the only way people believe they can get me out because they've exhausted so many options," he said.

"It gives me a lot of confidence."

Australia and India will play three one-dayers, three Twenty20 matches and four Tests during the tour.