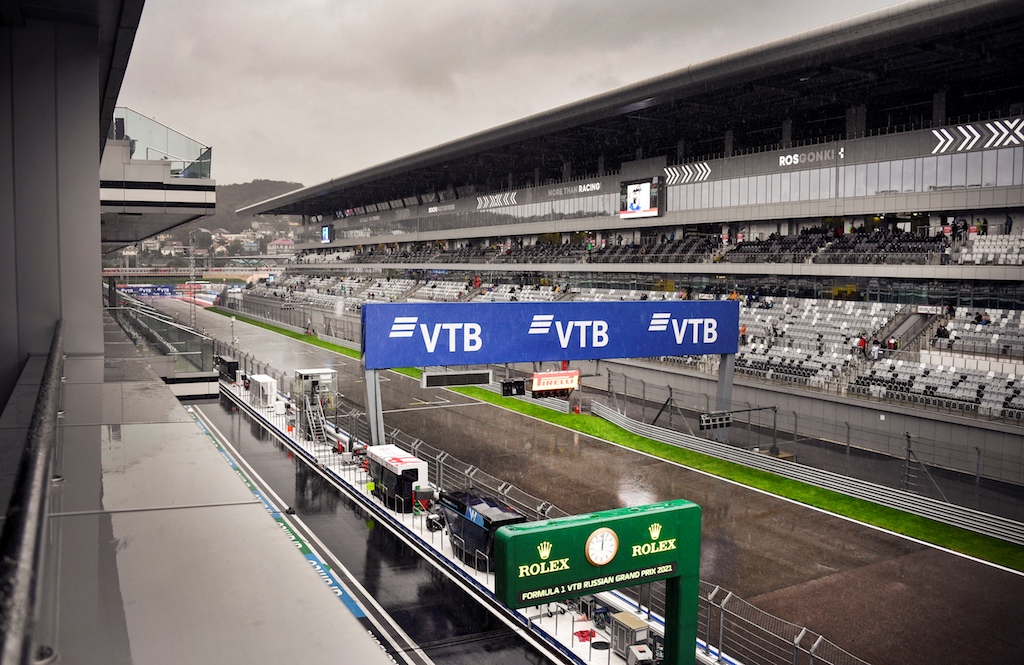 Rain falls at the track of the Formula One Russian Grand Prix at the Sochi Autodrom circuit as the third practice session was cancelled due to weather conditions in Sochi. AFP/Alexander Nemenov

"As we can see already this morning, the weather has gone up and down like a yoyo and the intensity of the rain has started increasing with some thunder already joining us," he added.

The third and final qualifying session had been scheduled for 11am local time with qualifying at 2pm.

"We will aim to start all sessions," Masi had said as rain fell. "From what we've seen from the forecast we will have this level of rain to 1.30 to 2pm local time and then decreasing. Priority... is Formula One qualifying."

"The determining factor this afternoon will be the light," Masi said.

This is the second time this season that rain has disrupted the championship.

A deluge at Spa-Francorchamps, Belgium, at the end of August, ended the race after just three minutes with Dutchman Max Verstappen (Red Bull) awarded the win ahead of Williams' George Russell (Williams) and Lewis Hamilton.

In accordance with the rules, the drivers were awarded half points.

On a track where they have won every race since 2014, Mercedes dominated free practice on Friday, with Finn Valtteri Bottas ahead of seven-time champion Hamilton.

Red Bull's Max Verstappen has a five-point championship lead over Hamilton but the Dutchman will start at the back of the grid on Sunday after his team opted to put a new engine in his car.

Hamilton is aiming for his fifth success in Sochi to bring his career total to an unprecedented 100 wins.