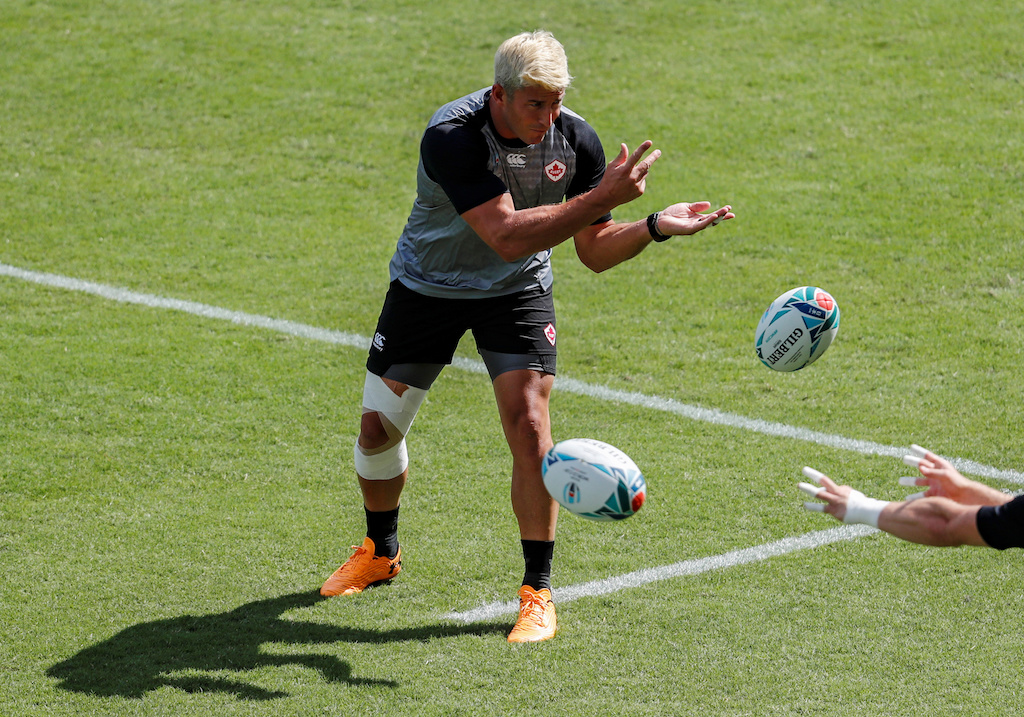 KOBE - Winger DTH van der Merwe will make a record 15th Rugby World Cup appearance for Canada when he lines up against his native South Africa in their Pool B clash at the Kobe Stadium on Tuesday.

The 33-year-old Van der Merwe will move past Rod Snow and Jamie Cudmore on the Canadian all-time list and could join Brian Lima, Brian O'Driscoll, Gareth Thomas and Adam Ashley-Cooper as the only players to score tries in four different World Cups if he crosses the whitewash against the Springboks.

Coach Kingsley Jones has made six changes to the side that lost 63-0 to world champions New Zealand in their last outing, with props Hubert Buydens and Jake Ilnicki either side of hooker Andrew Quattrin in a completely new front row.

Lock Kyle Baillie returns from injury to make his first World Cup appearance, while scrum-half Phil Mack and full-back Andrew Coe are the other changes.

"It's special and something I have looked forward to my whole career, to play against South Africa. Especially as this is my last World Cup," Van der Merwe told reporters in Kobe on Sunday.

"I played against them in sevens back in the day, but this is an opportunity I am really looking forward to."

Van der Merwe, who emigrated to Canada in 2003 and made his debut for the team three years later, has vast experience in European rugby with Scottish club Glasgow Warriors, Scarlets in Wales and a brief spell with Newcastle Falcons in England.

But he admits there is little that can prepare him for the physicality of a meeting with the Springboks.

"They are well-coached, they have got a physical pack that is complimented with a really speedy backline. For us it is just an opportunity to measure ourselves against one of the best teams in the world.

"They are a great squad from 1-31, it doesn’t matter who they pick those guys will perform and do their best. But we have done our homework on some things that hopefully we can exploit on Tuesday."

Another South Africa-born player, centre Guiseppe du Toit, joined the squad this week as an injury replacement and will start on the bench.