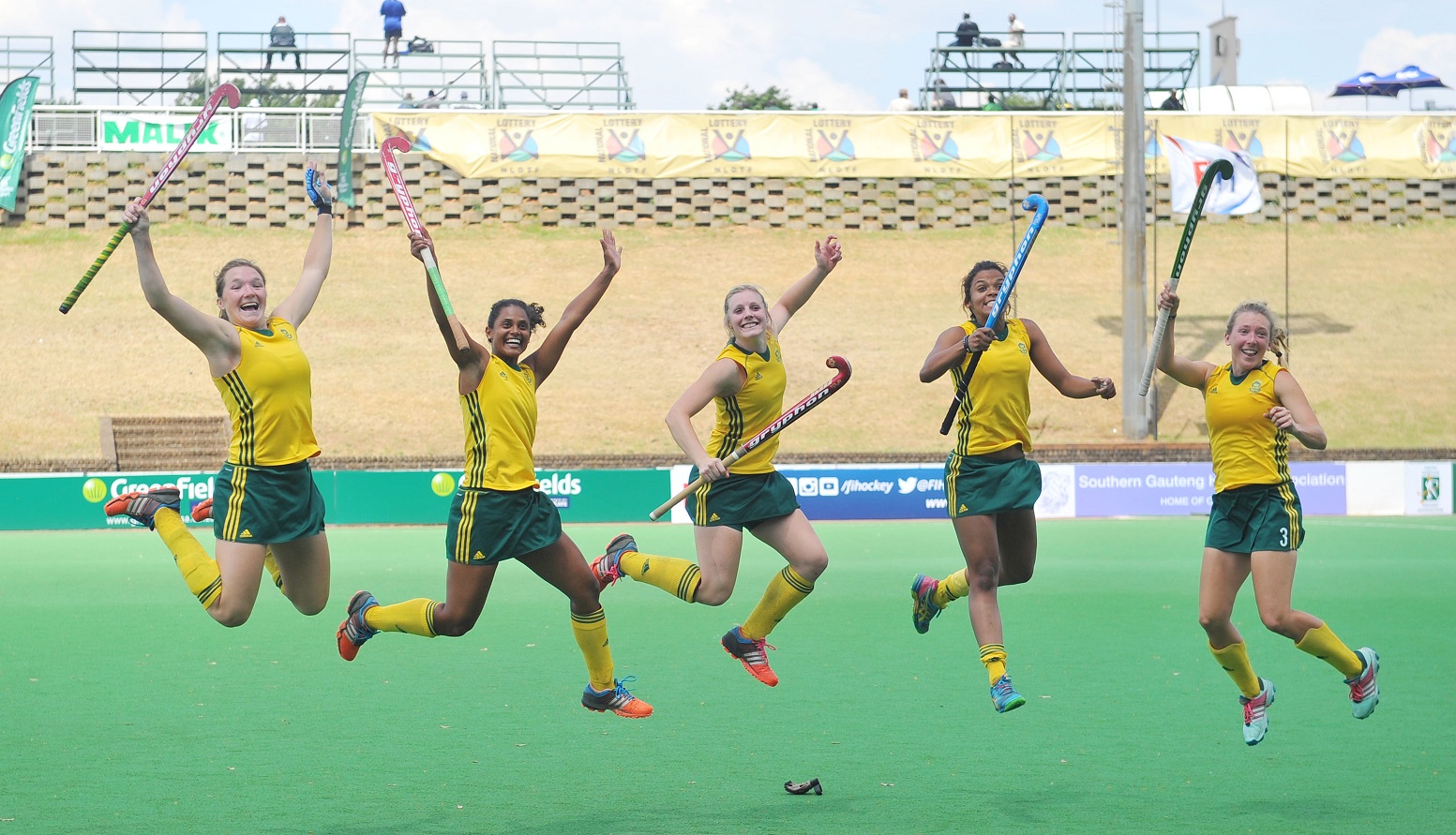 JOHANNESBURG - It was double delight for South Africa at Randburg Hockey Stadium on Sunday when the men’s and women’s national teams clinched the Greenfields Africa Hockey Championship titles.

The SA men edged Egypt 4-2 in a dramatic final while the SA ladies overcame Ghana 3-0 in the morning.

After a goalless, yet pulsating, first half in the men’s final, the second half will go down in the annals of the classic clashes between Africa men’s hockey’s arch-rivals.

Egypt won their third penalty amidst huge controversy resulting in a fine goal in the 35th minute from the stick of Houssam Ghobran (1-0).

SA won a PC from the re-start but the opportunity was denied due to an alleged obstruction. Then Daniel Bell fired in a powerful cross and Lloyd Norris-Jones was inches from equalising.

The match was at explosion point with sin-bin offences coming thick and fast, every decision by umpires Eduardo Lizana of Spain and Aziz Adimah of Ghana hotly disputed.

In the 46th minute, massive pressure led to SA’s second PC, and Matt Guise-Brown sent his drag-flick flashing into the net with deadly accuracy (1-1).

SA hit back from the re-start with another stunning Guise-Brown PC strike and the teams were level at 2-2 after 48 minutes.

Julian Hykes won a PC in the 58th, just two minutes from time, and Guise-Brown nailed his hat-trick – and SA’s 3-2 lead – with a brilliant flick of ferocious pace.

With 38 seconds left, selfless combination play led to Hykes making the pass and Norris-Jones delivering a classic dive-and-slide goal for the 4-2 final score, which sent the players and their fans in the packed stadium into an unbridled celebration that knew no limit.

It was possibly extra special for SA striker Natius Malgraff in what was his 50th Test match.

The SA women had too many options for Ghana and turned a 2-0 lead into a 3-0 winning final score.

Ghana – a point behind SA on the log in the round-robin format that was played in the women’s event had to win Sunday in order wrest the title away from the girls in green and gold.

However, the Ghanaian ladies couldn’t get hold of the ball for long enough to pose a serious threat.

SA went on the attack from the outset and Ghana were forced into desperate defence. In the seventh minute, the skilful Jade Mayne unfurled a trademark backhand shot that opened the scoring.

In the 15th minute Bernie Coston did well to shrug off a challenge and initiate a cross-field move that led to SA’s first penalty corner, and Dirkie Chamberlain – in her 200th Test match – fired home a ripper backhand that threatened to burst the net (2-0).

The day was special for the SA camp as this was the last appearance in green and gold colours for Western Province’s Taryn Bright and Illse Davids, who have announced their retirement after 285 and 157 Test matches respectively – and both delivered handsomely in spite of the sweltering heat.
The occasion also signalled the retirement of Ghana’s captain, Georgina Sam.

The knockout blow came just seconds into the second half (31st minute) when SA won a PC and Lilian du Plessis drilled the ball into the backboard for the 3-0 final scoreline.
Du Plessis (18 goals) and Guise-Brown (16 goals) were the top goal-scorers in the women’s and men’s sections.