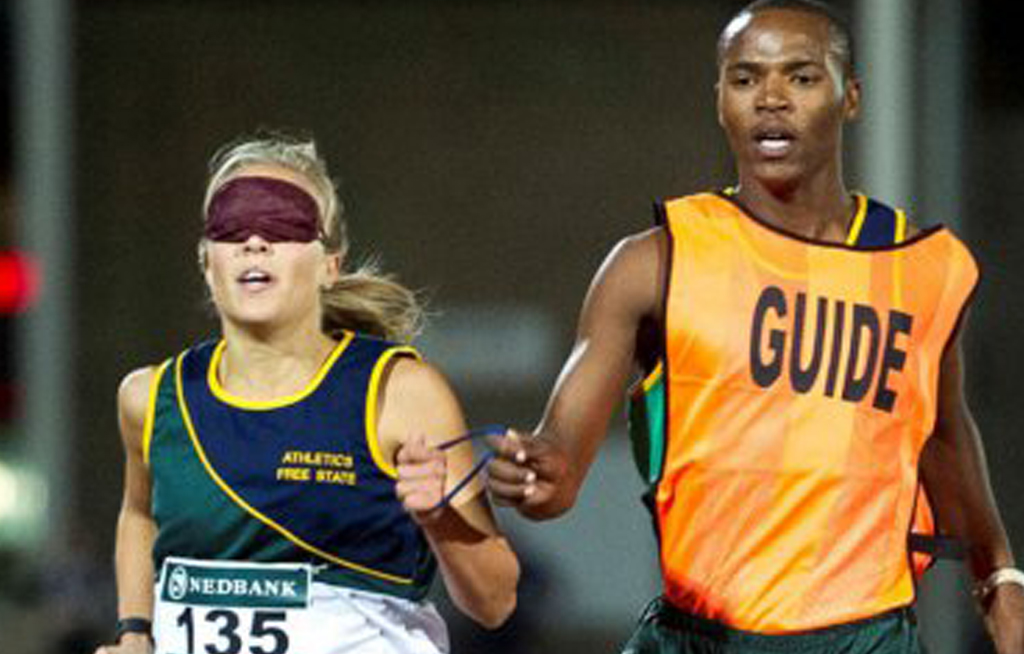 Running in the same race as able-bodied athletes, Louzanne Coetzee was second overall as national cross-country champion Kesa Molotsane won in an excellent inland time of 16:32.23.

BLOEMFONTEIN – Louzanne Coetzee’s desperate disappointment at the Rio Paralympics six months ago was erased to a certain degree in Bloemfontein this week.

The blind from birth athlete competes in the T11 category and was disqualified from her 1 500m heat after what was perceived by officials to be excessive assistance from her guide.

On this occasion, Coetzee turned out for the 5 000m. Accompanied by longtime guide Khothatso Mokone, 18min 42.29sec later and she could reflect on a new world-best time in her category, beating her own global best time by 35 seconds.

Sadly the time won’t be recorded as official as the Free State event wasn’t recognised by the International Paralympic Committee (IPC) as an official event.

Running in the same race as able-bodied athletes, Coetzee was second overall as national cross-country champion Kesa Molotsane won in an excellent inland time of 16:32.23.

Molotsane is a member of the SA team to take part in the world cross-country championships in Uganda next weekend.

Coetzee took time off from her busy schedule to share some of her thoughts on her lope to world-leading status.

‘Well I was very nervous leading up to the race as my coach Rufus [Botha] says, no race is ever easy and so I didn’t really know what it would feel like to run a sub-19 minute race. A sub-20min has always seemed unreachable, so what about a sub-19?’

Coach Botha had assured his charge that she was in shape to do exactly that but didn’t think she should take it as a given.

That resulted in her being slightly more relaxed on race day. “The race itself was amazing, actually perfect if I could say as much. When I heard that we went through the first kilometre in 3min 38sec I started realising I had it in me to hold that pace.

“Every race has it’s time when you lose concentration, especially something like the 12 and a half laps in the 5 000m. With four laps to go it still felt very far and I was starting to feel a bit hot. But then I knew it was only a mile to run so hung in there.

“When I kicked over the final lap and heard I’d run an 18:42 I just couldn’t believe it – really one of the coolest, indescribable feelings ever.”’

But Coetzee was quick to pay credit. “It wouldn’t have been possible without Rufus’ belief in me and his good coaching. Also, the fact that Khothatso kept calm throughout and believed in me in his own quiet way meant a lot to me.”