SA Rugby to be strict with overseas clubs over players: Erasmus 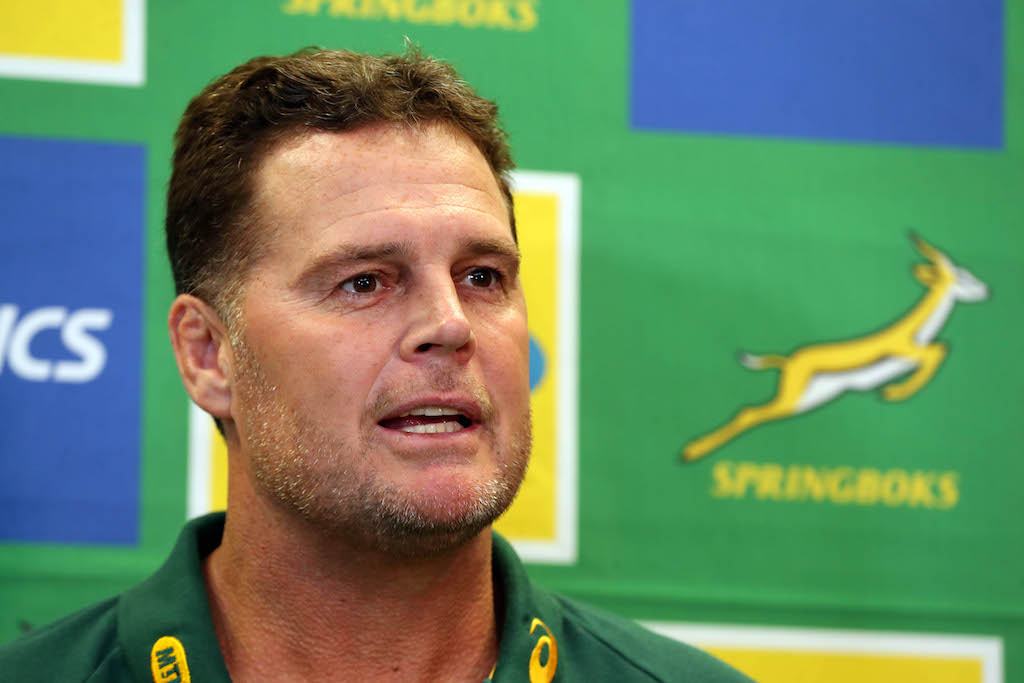 Springbok coach Rassie Erasmus denies that the motive is a threat to clubs abroad to try and dissuade them from signing South Africans.

CAPE TOWN - South Africa coach Rassie Erasmus has reiterated that the Springboks will rigorously enforce World Rugby's Regulation 9 from 2020 in a bid to soften the impact of the growing flood of top players plying their trade abroad.

The regulation states that players must be released by their clubs for international duty for 14 weeks of the year, making them available for all Bok matches in June, the Rugby Championship and November Internationals.

That would cut into a large part of the Northern Hemisphere club season, though, and unless players retire from international rugby, would leave their clubs without one of their most influential names.

South African Rugby has in the past taken a soft stance and allowed players to skip matches and tournaments so as not to put at risk their lucrative club contracts in France, England and Japan, where players can earn more in a two-month contract than by winning the World Cup with the Boks this year.

In the face of a raft of leading players already overseas, and more set to depart Super Rugby after the World Cup, Erasmus has warned clubs there will be no exceptions, making the signing of South Africans less attractive.

"Regulation 9 is there to make sure that all countries can compete and stay relevant on the world stage and unfortunately with our exchange rate we are one of those countries now," Erasmus told reporters on Tuesday.

"Up until now we have had give-and-take because there are players' lives that are affected. But we are now saying that from 2020 we are going to enforce Regulation 9 because we can't pay people at that level (to compete with overseas contracts)."

Erasmus denies that the motive is a threat to clubs abroad to try and dissuade them from signing South Africans, and adds he is bringing it up now to give all parties the opportunity to prepare for what is coming.

"It is not about playing hardball, it is about being proactive and explaining to the clubs what we are doing," Erasmus said.

"It gives the club who wants to sign a player the option to consider whether they want to go ahead. It gives the player the chance to decide whether he wants to go over there.

"Does he want to retire from international rugby and pick money now over playing for the Springboks? It is not a threat, it is a reality."

There are currently 36 South African players at English Premiership teams in the 2018-19 season, and 42 in France's Top 14.

Others, such as CJ Stander and Quinn Roux (both Ireland), and Willem Nel and Josh Strauss (both Scotland), have gone on to play for the national teams of their adopted countries.