Sabalenka through to possible Swiatek clash in Rome semis 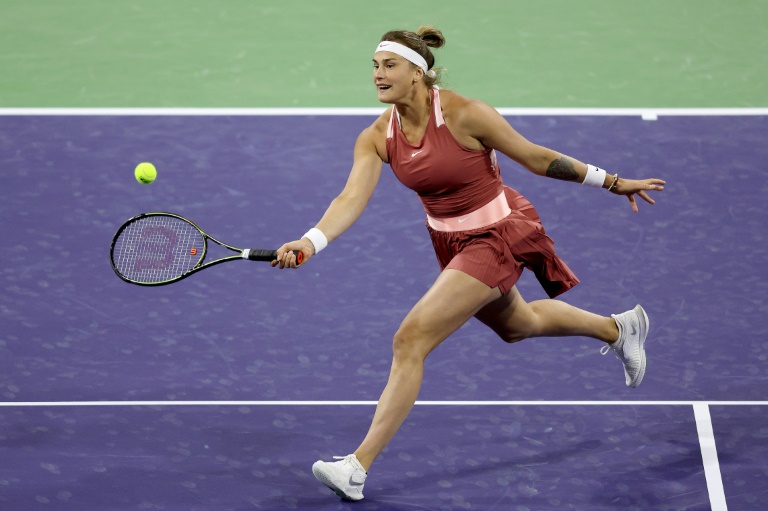 Aryna Sabalenka of Belarus has won 10 titles but is still only 23. AFP/Matthew Stockman/Getty

ROME - Aryna Sabalenka reached the semi-finals of the Italian Open after beating Amanda Anisimova 4-6, 6-3, 6-2 and setting up a potential clash with world number one Iga Swiatek.

Third seed Sabalenka beat American Anisimova for the first time in five attempts and now awaits the result of Swiatek's last-eight match with Bianca Andreescu to see who she faces in the semis.

Anisimova had ended Sabalenka's Madrid title defence in the first round at the end of last month.

Swiatek, the reigning champion in Rome, is on a run of 25 straight wins and gunning for a fifth tournament victory in a row.

Alexander Zverev made the semi-finals in the men's draw after comfortably seeing off Cristian Garin, the only unseeded player left in the tournament, 7-5, 6-2.

World number three Zverev will face the winner of Friday's match between Jannick Sinner, who is flying the flag for Italy, and Stefanos Tsitsipas.

Tsitsipas will take number four spot in the world rankings on Monday after Rafael Nadal's shock third-round exit at the hands of Denis Shapovalov on Thursday night.

Shapovalov faces Casper Ruud knowing a win would give him a possible semi-final against Novak Djokovic, who is in action in the day's final match against Canada's Felix Auger-Aliassime.