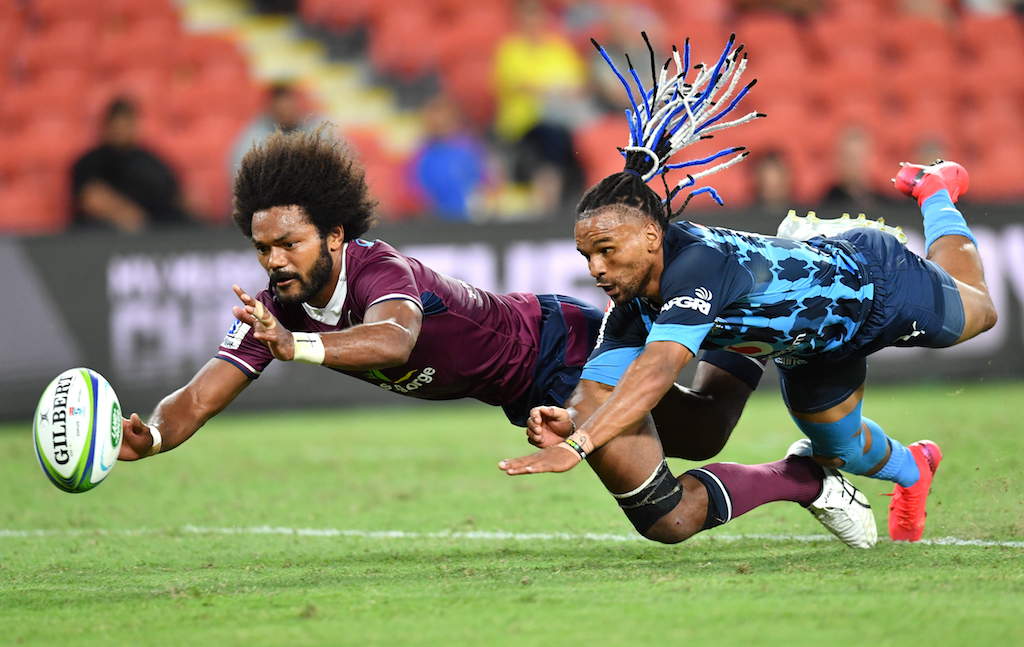 Henry Speight (left) of the Reds dives for the ball ahead of Rosko Speckman (right) of the Bulls during the Round 7 Super Rugby match at Suncorp Stadium in Brisbane.

MELBOURNE - Super Rugby's governing body SANZAAR has moved to downplay speculation about breakaway tournaments being formed during a global sports shutdown and said its member unions were committed to the southern hemisphere competition through to 2030.

Super Rugby, which includes teams from Australia, Argentina, New Zealand, South Africa and Japan, was suspended in March after seven rounds of the season when travel restrictions and border controls to contain the coronavirus made it untenable.

The vacuum created by the suspension has been filled with media speculation that Australia and New Zealand might start their own tournament without the involvement of SANZAAR partners South Africa and Argentina.

SANZAAR CEO Andy Marinos said the governing body had been discussing scenarios but none had been agreed upon.

"All such reports are merely speculative and have no basis to them," Marinos said in a statement on Monday.

"The stakeholders are all committed to the joint-venture through to 2030 and once consensus is agreed upon by all the stakeholders it will then be communicated by the SANZAAR Board.

"This isn't to say we're not having realistic discussions on what may have to eventuate should COVID-19 restrictions continue beyond 2020.

"We're presently looking in detail at various competition formats but any agreed format will include teams from all four stakeholder national unions."

Marinos added that due to the uncertainty over potential government restrictions next year, including on international travel, no date had been set as to when a final decision would be made on the format of the 2021 competition and beyond.

Upon resuming, Super Rugby would likely have "a strong domestic focus in each territory" initially, SANZAAR said, given travel and border restrictions.